Oh dear God. This poor bastard that was on the mound. Kid was just trying to get through the day so that he could get home and work on his science project and Prince Fielder's kid, Jadyn, took him to the moon and bat flipped on his corpse. Heart goes out to that hurler's family.

I can't get enough of this wave of second generation talent coming in from former big league studs. You've already got Fernando Tatis Jr., Vladdy Jr., Bo Bichette, and Cavan Biggio in The Show with Jack Leiter getting ready to be selected in the first round of this year's MLB Draft. Now we've got a THIRD generation talent in the pipeline with Prince Fielder's son unleashing the nine layers of hell on his teenage competitors. It's crazy to think that he's even a teenager now. Remember this adorable kid at the press conference back when Prince signed with the Detroit Tigers? 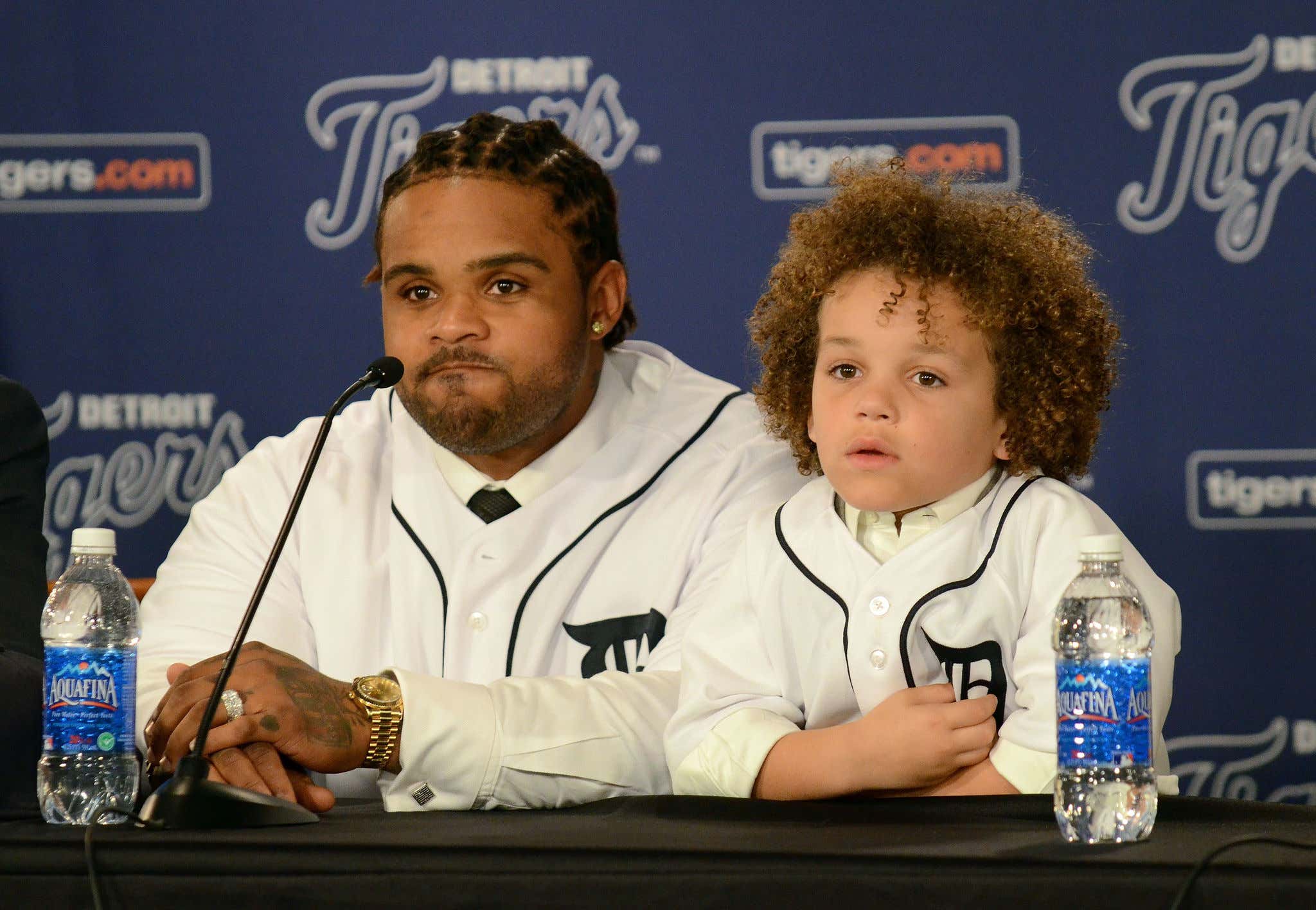 Now he's waffling homers into the parking lot like his dad. And I don't think there's any question about who he modeled his swing after.

Violent big daddy hacks are in his blood. See you on draft day, Jadyn.