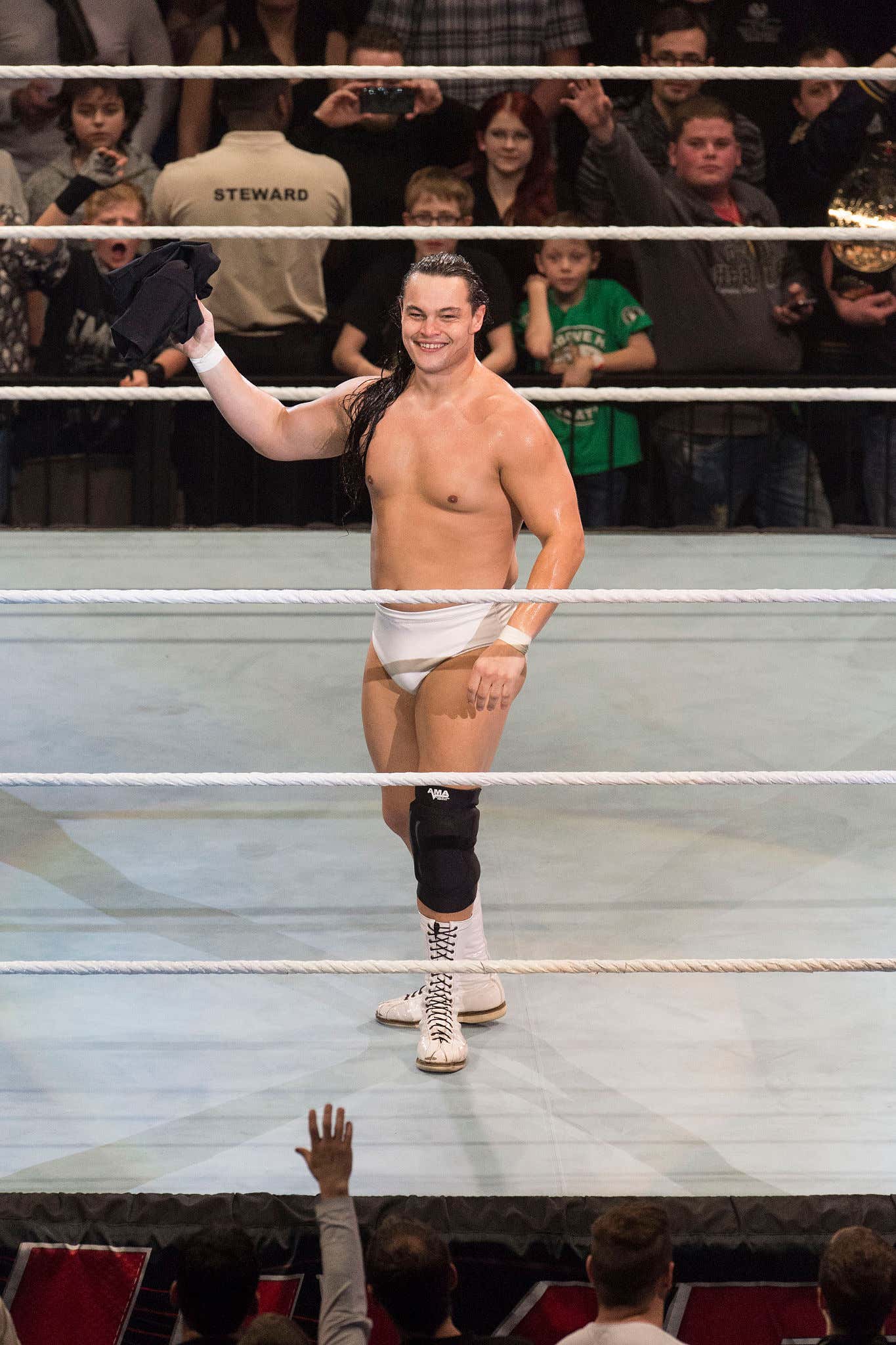 This is Bo Dallas. Not necessarily a house hold name, but a solid guy through and through and professional wrestler for the WWE. He was the NXT Champion, but sort of bounced around and didn't get many opportunities when called up to the main roster. It's very modern-day WWE, Bo is a charismatic guy and solid worker, but WWE was never able to constantly use him correctly. In fact he's been cashing paychecks despite not having a match since 2019. Sort of cool, but also sucks just not to be used by the company that employs you. But WWE has such a loaded roster Bo sort of got lost in the shuffle.

I say all of that because today I saw Bo Dallas trending on Twitter. Did he die? Get a face tattoo? Announce he's running for mayor of Knox County? Nope, none of the above. He's trending for the best reason of all: Because people found out his girlfriend is none other than Liv Morgan.

Liv Morgan is…how do we put this…an absolute rocket launcher. I want her to run me over with her car, back up, and run me over again.

Is there a greater accomplishment you can have than trending because your girlfriend is so hot? I think not. It's sort of a backhanded compliment, sure, like "I can't believe HE pulled HER", but fuck yeah, that's the best type of compliment there is! When people are so stunned you literally trend nationally.

He's living the dream though (no pun intended)

Chilling on a farm with his girlfriend learning how to build a business. Pretty sweet. Happy for the gorgeous couple. And if you think good things won't happen to you, all you have to do is