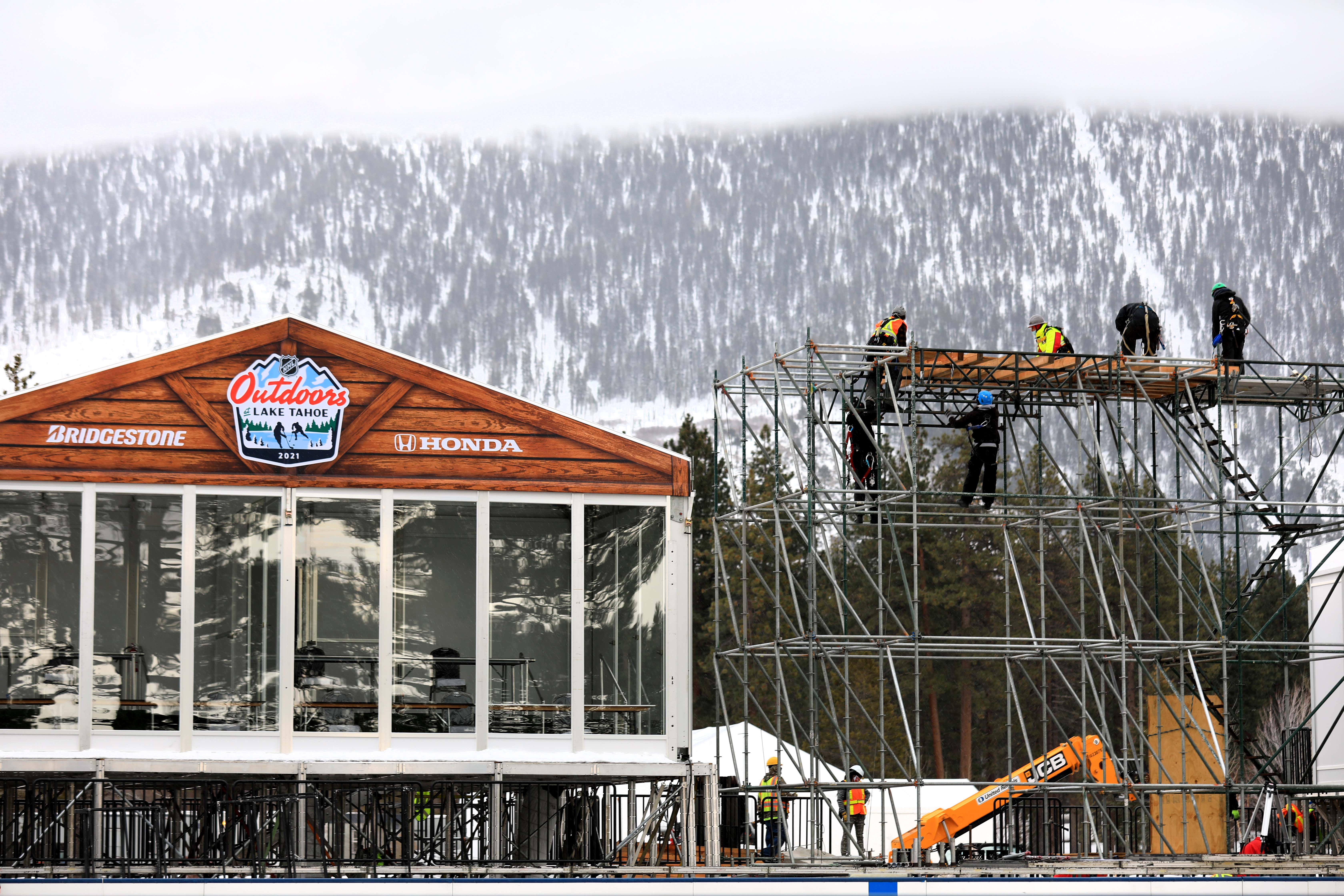 I don't know if I've just been out of the loop here or anything but I feel like the NHL hasn't been making nearly as big of a deal out of the outdoor games at Lake Tahoe this weekend as they should be. This isn't like the Winter Classic or the Stadium Series where we will be watching yet another hockey game being played in an NFL stadium. Been there done that. These two games this weekend legitimately have a chance of being the most aesthetically pleasing hockey games to ever take place. After seeing some of the pictures of this rink…

Just look at it.

That shit is beautiful. The mountains in the background, the trees right along the boards, the log cabin looking broadcast booth. It's majestic. Give me a light little dusting of snow as the game is going on and it'll be the right out of a storybook.

Now the one thing that might end up taking away from the experience is the fact that the Flyers will be forced to play with pretty much their entire taxi squad on Sunday. No Giroux, no Konecny, no Voracek. It might get pretty ugly out there. The boys looked decent enough last night against New York but they still came away with a loss to that dog shit Rangers team. So maybe the gameplay will be a little ugly in that 2nd game. But as far as the backdrop goes? It'll be scenic as shit. We're talking fully torqued for 3 straight periods.

Sidenote: Not sure if they've made the decision yet or not, but Vegas should get kicked out of the NHL if they wear those gold helmets for this game. Not only will it look like shit, but it would also be a danger hazard with all the glare coming off the sun. Can't be having that.