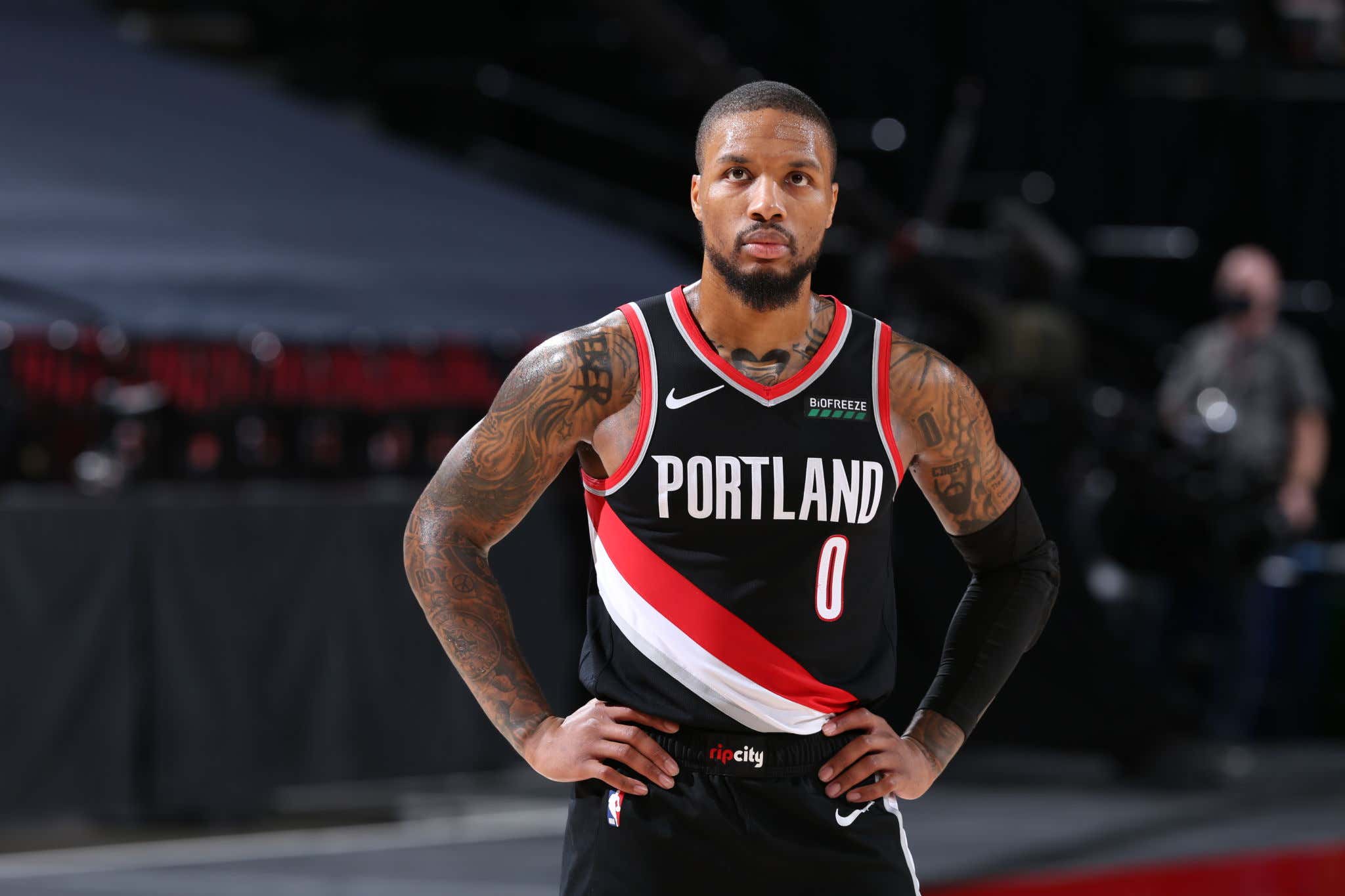 When it comes to the MVP, we already knew things are going to be a bloodbath. Guys like LeBron, Embiid, Jokic, Steph, Luka, Durant, the list goes on and on with guys who are having legitimate MVP caliber seasons. You could even make the case that James Harden should get some MVP love with how he's looked at a Net (incredible).

But maybe we've all been looking in the wrong place this whole time.

Are we absolutely sure that Dame shouldn't sit atop the MVP list right now, or at the very least be top 3? I don't know if you could put him ahead of Embiid just yet, that man has been a consistent monster since the season started. But here's the thing when it comes to Lillard. It's not just his 29.8/4.4/7.7 on 45/38% splits with 4.1 3PM. That production alone is worthy of the MVP conversation by itself. But when you look at what Dame is doing right now you have to look at the entire picture of what's going on in Portland.

The last time Jusurf Nurkic played a game for the Blazers was on January 14th. He then fractured his wrist and had surgery, putting him out at least 6 weeks. The last time CJ McCollum played in a game was January 16th. The very next game after Nurkic went down. He fractured his foot and is still weeks away from returning to the lineup. Zach Collins has been hurt for what feels like the entire year.

At 18-10, the Blazers are currently the 4 seed in a super competitive West. Do people realize how insane that is? You take two of the three best players off any team in the Western Conference and will they not just tread water, but actually move up the standings? Of the other MVP candidates this season, which of them has had to carry that same type of load? LeBron is close since AD went down, but Dame has been doing this shit for a month and is showing no signs of slowing down.

I guess it all depends on what you think of when you think of the MVP. Best player on the best team? Well that's not Dame because the Blazers aren't the best team. Most valuable to their success? You could make the case with LeBron or Embiid here, but they've had basically all their best teammates this season. Dame hasn't and I'm not sure those guys are more valuable in terms of their team's overall success. This is probably the biggest case you could make for someone like Steph, but the Blazers have a better record.

For a long time Dame went years without getting the respect he deserved. Remember, he had back to back seasons putting up at least 25 a game and didn't make the All Star team. In one of those years he made All NBA, but wasn't an All Star. How does that make any sense. He's never finished higher than 4th in terms of MVP voting which was surprising to learn. Lillard has been pretty insane in each of the last three seasons, so maybe it's time he starts to get the respect he deserves.

If this isn't a legitimate MVP resume, what the fuck is? I just don't see how you could deny what we are seeing. Nobody would have faulted the Blazers for dropping after their best players got hurt. It's what happened last year. But instead, Dame has taken it upon himself to shoulder the load and keep the wins coming. Now up to 6 in a row with the 5th best offense over the last month, that's because of Dame.

The MVP discussion is going to be fluid all season. There are too many guys having outrageous seasons for it not to be. Right now, I don't see how you could have Lillard lower than 3rd when you factor in everything. If he keeps this up and the Blazers continue to win with their two best players out, it's only going to strengthen his case.

Just do yourself a favor and stay up for the West Coast Blazers games. Seeing Dame play at this level right now is worth being tired the next day. Trust me.