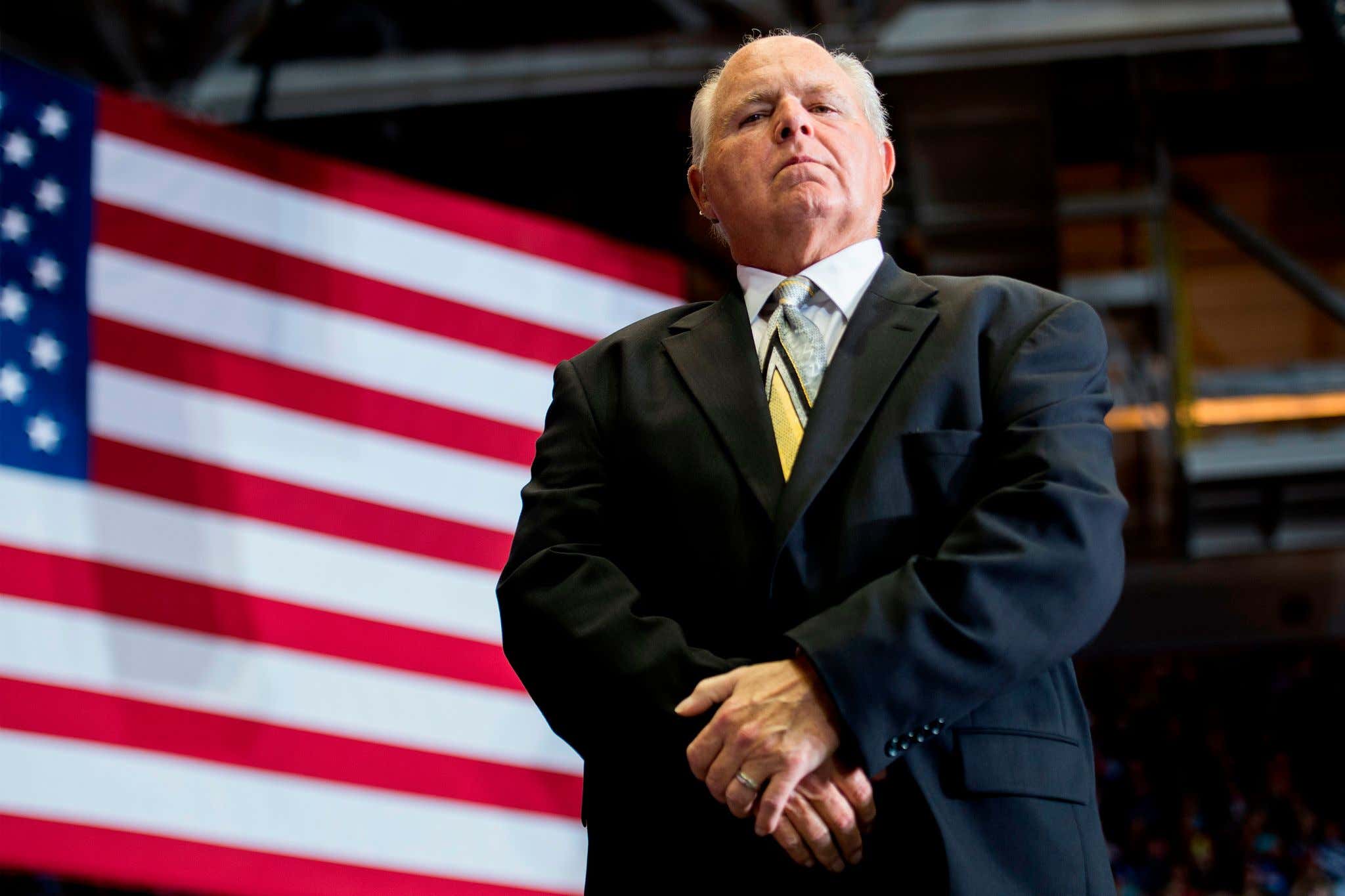 Fox - Rush Limbaugh, the monumentally influential media icon who transformed talk radio and politics in his decades behind the microphone, helping shape the modern-day Republican Party, died Wednesday at the age of 70 after a battle with lung cancer, his family announced.

Limbaugh's wife, Kathryn, made the announcement on his radio show.

The radio icon learned he had Stage IV lung cancer in January 2020 and was awarded the Presidential Medal of Freedom by President Trump at the State of the Union address days later. First lady Melania Trump then presented America’s highest civilian honor to Limbaugh in an emotional moment on the heels of his devastating cancer diagnosis.

"Rush Limbaugh: Thank you for your decades of tireless devotion to our country," President Trump said during the address.

Limbaugh is considered one of the most influential media figures in American history and has played a consequential role in conservative politics since "The Rush Limbaugh Show" began in 1988. Perched behind his Golden EIB (Excellence in Broadcasting) Microphone, Limbaugh spent over three decades as arguably both the most beloved and polarizing person in American media.

The program that began 33 years ago on national syndication with only 56 radio stations grew to be the most listened-to radio show in the United States, airing on more than 600 stations, according to the show’s website. Up to 27 million people tuned in on a weekly basis.

Part of me thinks I ought to know better than to bring up a guy as controversial as Rush Limbaugh on a sports/pop culture humor site, because no matter what you say, you're pissing off somebody. Criticize him and you run afoul of the people who heard their values echoed in his words. Praise him for being a gifted broadcaster and you've made enemies of the people who considered him to be a literal Nazi. Play it down the middle, and everyone hates you for not saying exactly the same things they thought of him. It's the Kobyashi Maru of obituaries. The unwinnable scenario.

Which is I guess the point. He was "beloved and polarizing" precisely because of words four and five in that opening sentence. He was "monumentally influential." Reggie Jackson famously said, "Fans don't boo nobodies." Well by definitions, nobodies aren't wildly controversial either, because no one cares what they say. When 27 million people listen to your radio show every week and hang on your every word, you are the definition of "influential."

Controversial. Completely unapologetic. Jumping on the third rail of every part of the culture, from politics to race to gender that most talk show hosts at the time wouldn't go anywhere near. With a huge, overinflated ego that was probably part schtick, but not entirely. Bragging about his superior intellect with catchphrases like "Talent on loan from God" and "with half my brain tied behind my back, just to make it fair." All while working solo and speaking extemporaneously for three full hours a day. He was like a wrestling heel that tens of millions obsessed over. Either because they loved his ideas or were hoping he'd finally step in it enough to get canceled. He never did.

Which is not to say I was a regular listener. Limbaugh was on during the day and I was a 9-to-5er. Not that I probably would've listened much even if could have. Even then I was much more of a sports talk guy. But even in the pre-social media days, anything outrageous he said went national as soon as the words left his mouth. Whether it was some Clinton/Lewinsky joke or some song parody aimed at feminists, he generated more free publicity than probably anyone besides Stern.

You could hate him all you wanted, but he was one of those entertainers who figured out how to spin the hate into gold like an alchemist. He famously got hired by ESPN to bring his routine to the Sunday NFL Countdown desk. He did. And it didn't last a month. After saying he thinks Donovan McNabb is overrated, Limbaugh added, "The media has been very desirous that a black quarterback do well. There is a little hope invested in McNabb, and he got a lot of credit for the performance of this team that he didn't deserve." And was summarily fired. But rather than apologize, he went back on his show, doubled down, and claimed that the fact the World Wide Leader let him go proves his point. And his ratings went up.

He made himself into the ultimate media target while giving his critics an entire armory of ammo to fire at him. Whether it was alleging some false flag operations that were anything but, or his becoming a prescription pill addict after years of ripping prescription pill addicts or the time he was stopped at the Palm Beach airport smuggling Viagara in from the Dominican. But every time, he addressed it on his show and made even more headlines. Hate him if you must and celebrate his death if that's your thing. But you have to give him credit for going from a low level employee of the Kansas City Royals to a hyper-relevant, nationally recognized influencer who drove half the country insane and was a hero to the other half and made a mega career out of it.

When the last of the truly influential terrestrial radio hosts dies, love him or hate him, you have to acknowledge it. If nothing else, he was one of a kind. If everyone could do what Rush Limbaugh was able to, everyone would.