Time for everyone to celebrate, right?!?!?!? Surely Ms. Krick HAD to have given out that overly confident pick beforehand and made everyone EIGHT UNITS richer! I mean, she has a NBA podcast for a company attempting to grown their branded sportsbook for goodness sake! Let's check the Twitter Machine today to see where she gave out her brilliant selection for, carry the two, EIGHT UNITS! 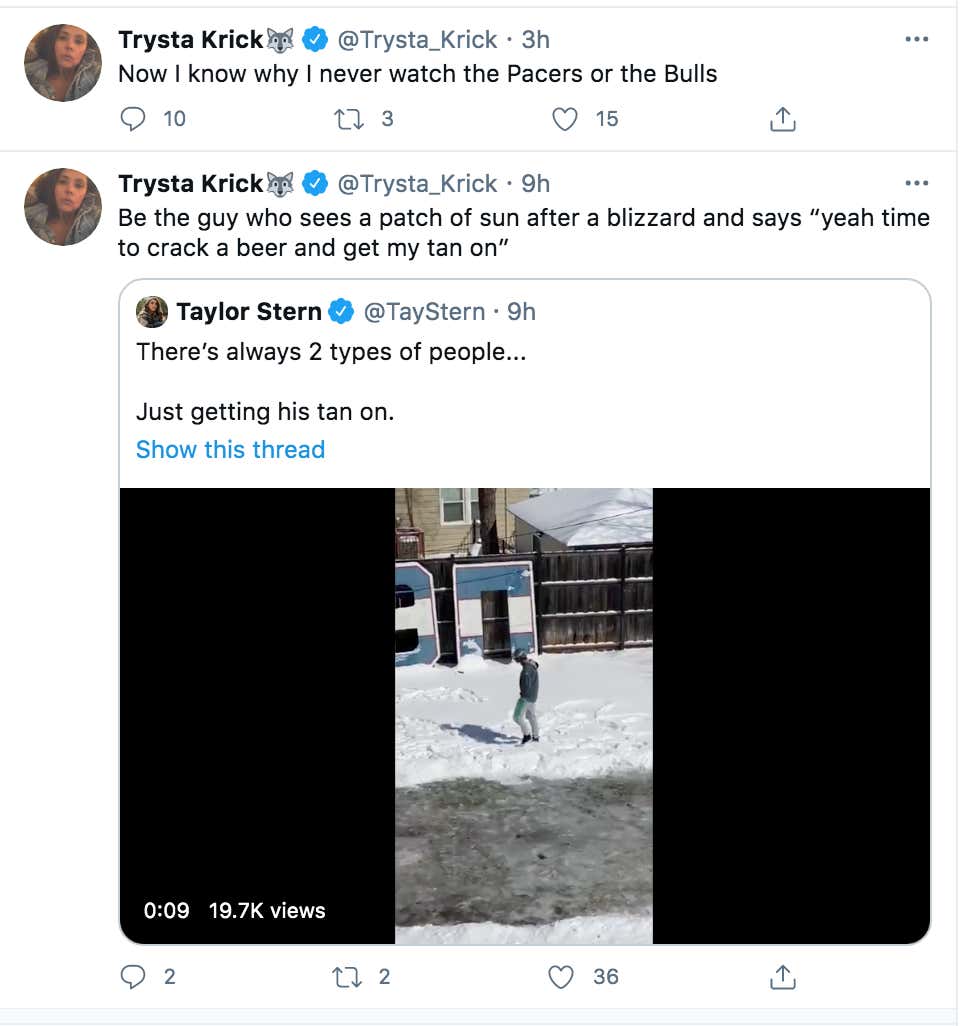 Hmm! Nothing on the Twittersphere, which is A-OK because Barstool SPORTS is indeed a world renown blog that gets millions upon millions of clicks, pageviews, and eyeballs on their website! Surely Ms. Krick blogged something! ANYTHING!

THANK YOU! Who would've thought Ms. Krick would've had the genius ability to know the Philadelphia 76ers THIS well to not only understand Joel probably wouldn't be playing when he was listed as questionable, but to let people know to RESPONSIBLY get in on that line early! Wait…what's that you say??? WHO WROTE THIS BLOG?!?!?!? 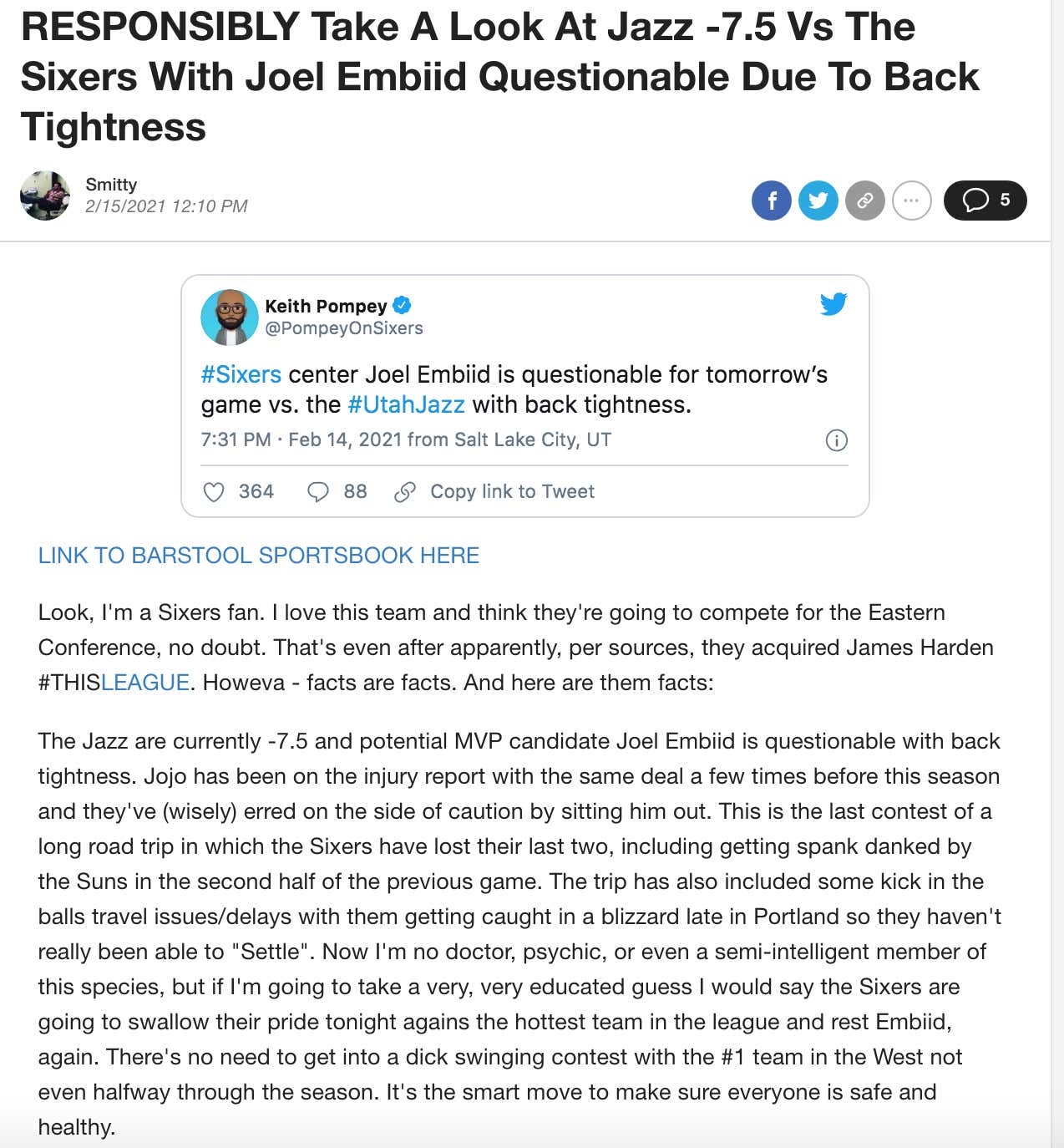 SMITTY YOU DUMB BLOCKHEAD MORON!!! Way to take your balls off the Fortnight joystick for a second and actually deliver something useful for the people!

But…if Smitty wrote that blog…and Ms. Krick had NOTHING on Barstoolsports.com and Twitter in regards to her OCHO UNITO BETTO, when did she inform the masses of her genius play??????

10:37 PM aka halfway through the third quarter when the heavily favored Utah Jazz were up by double digits! Nothing before the game and not a PEEP while the shorthanded Sixers were up by a dozen or so in the first! NOPE! Ms. Krick likes to play those cards that potentially could elevate her and her career close to the vest! Because what else could be the reasoning she would withhold this golden information worth EIGHT UNITS from the millions who read the blog, thousands who follow on Twitter, or Nick's Mom listening on This League?!?!? I don't know! Only Ms. Krick can explain that one! And as someone who allegedly didn't care they were THAT wrong about their James Harden "Sources"…

You'd think she'd have no issues with firing ANYTHING against the wall and hoping it sticks! ESPECIALLY a pick worth, let me calculate…EIGHT UNITS!!! Oh well! Now let us continue to distract everyone from reality and/or the #THISLEAGUE YouTube page with…MR. BALLOON HANDS!!!

PS - Still waiting on 'dem receipts and a reason why Ms. Krick attempted to lump Dumdum Smitty, Brandon Ogre Walker, and Can't Shit Nick into outrageous implied sexist comment like this! I don't know, either! Clearly Ms. Krick knows it's 2021 and insinuating a flagrantly false narrative like that could spread like wildfire and potentially ruin careers and lives! Oh well! Anything goes in #THISLEAGUE!!!!!