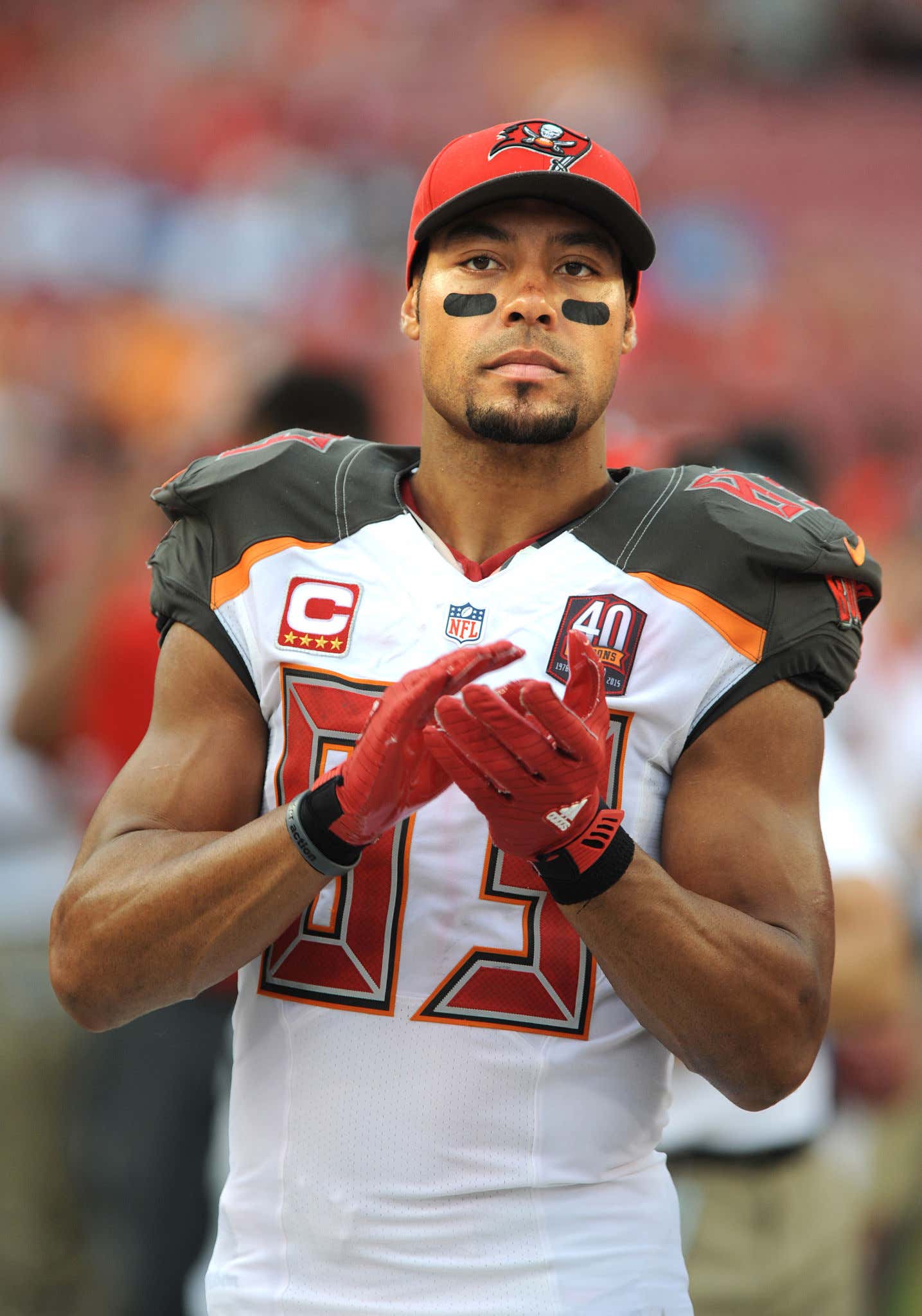 Vincent Jackson was a superstar on the field, amassing six 1,000+ yard seasons and earning three trips to the Pro Bowl while a member of the Chargers and Buccaneers. A 2nd Round pick out of Northern Colorado in 2005 to the then San Diego Chargers, Jackson broke out in his fourth season with 59 catches for 1,098 yards and 7 TDs. He capitalized on a big 2011 season to earn a huge 5-year $55,555,555 contract from the Buccaneers and was worth every penny. His first year in Tampa was the best of his career with 72 catches for 1,384 yards and 8 TDs catching passes from Josh Freeman. He had two more 1,000+ yard season in Tampa before age and injuries caught up to him and he officially retired in 2017 after not having played since the 2015 season.

Vincent Jackson was also a superstar off the field. In fact, he was the Buccaneers team nominee for the Walter Payton Man of the Year for four straight seasons and did a ton of work through the military (both of his parents served in the Air Force) through the Jackson in Action 83 Foundation.

Vincent Jackson, who was only 38-years old was found dead in a hotel room this morning around 11:30am. There were no apparent signs of trauma and further details will have to come from the coroner's office. Jackson was a beloved member of both the San Diego and Tampa communities and both his former franchises posted their heartfelt condolences this evening: