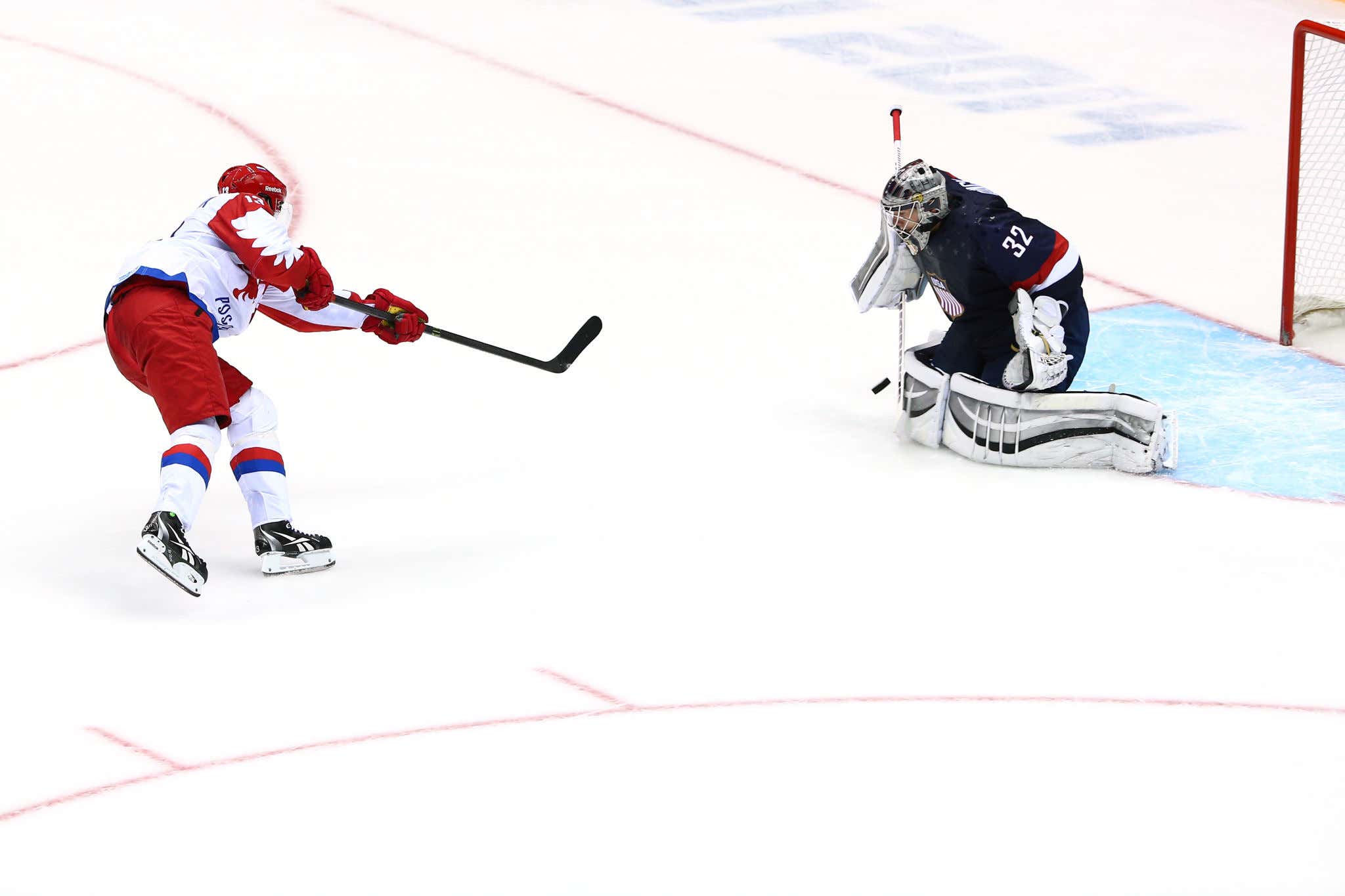 Today is the 7th anniversary of TJ Oshie putting the United States of America on his back and taking down the entire Red Army by himself in the 2014 Olympic shootout. It was one of those moments in sports history where everybody can remember exactly where they were when they watched it. You rewatch this clip again 7 years later and your mind can immediately be transported right back to where you were when it all went down.

7 years later you still get a little fired up everytime Oshie stuffs one in the back of the net during this shootout.

But the more the years go by, the more flabbergasted I become at the fact that Pavel Datsyuk didn't attempt to break out "The Datsyuk" once during this shootout. An Olympic shootout in your home country against one of your biggest international rivals (I know the Canada vs Russia rival is a little bigger. I don't need all you goofy Canadian bastards to get all up in arms about it). You gotta play the hits!

I'm sure Jonathan Quick would have saw it coming. But that's the beauty of The Datsyuk. Goalies can know it's coming a mile away and they'll still get murdered by The Magic Man.

An unreal memory of pre-sunrise drunkenness and jubilation for USA Hockey fans everywhere. And most of it is thanks to TJ Oshie being an American Hero. But we'd be remiss to not appreciate the miracle that was Pavel Datsyuk suddenly forgetting that he had some of the silkiest hands on the planet.