Bob Fox and I are back in the basement to break down all things Wandavision from Episode 6. It may not have been the craziest episode yet or had the most Ah-Ha moment of the season, but I would say the subtle note about Wanda changing Monica's molecular structure was pretty important as was the entire hex growing substantially and sucking in God knows how many S.W.O.R.D. agents and Dirty Jersey residents into Wanda's Wide World of Magic.

But this show, much like the holiest holiday of Christianity, is built on the Easter eggs, which there are aplenty.

We discussed a bunch of them on the pod including big ones like the theme song of the awesome Malcolm In The Middle-esque opening:

Don’t try to fight the chaos

The game can try to play us

Don’t let it stop the fun

Some days it’s all confusion

But if it’s all illusion

Sit back and enjoy the show

Let’s keep it going through each distorted day

Though there may be no way of knowing

Who’s coming by to play

Little ones like Wanda and Pietro dressing up as different members of The Avengers for Halloween, which oddly enough doesn't really add up with the timeline of the movies.

There are even references coming out that we didn't even know about when we recorded the pod, such as this gem.

God damn this show is so fucking good and only going to get better before it's gone forever. Here's to the final three episodes giving us the answers we've been looking for along with some solid high brow South Park entertainment.

Yup, that gif means we're running back the Sus Power Rankings once again to both prove I am not out of touch with the phrases of the Youths as well as make a list of the suspects that are going to be revealed as the Big Bad that is making Wanda do things that a Big Bad does. 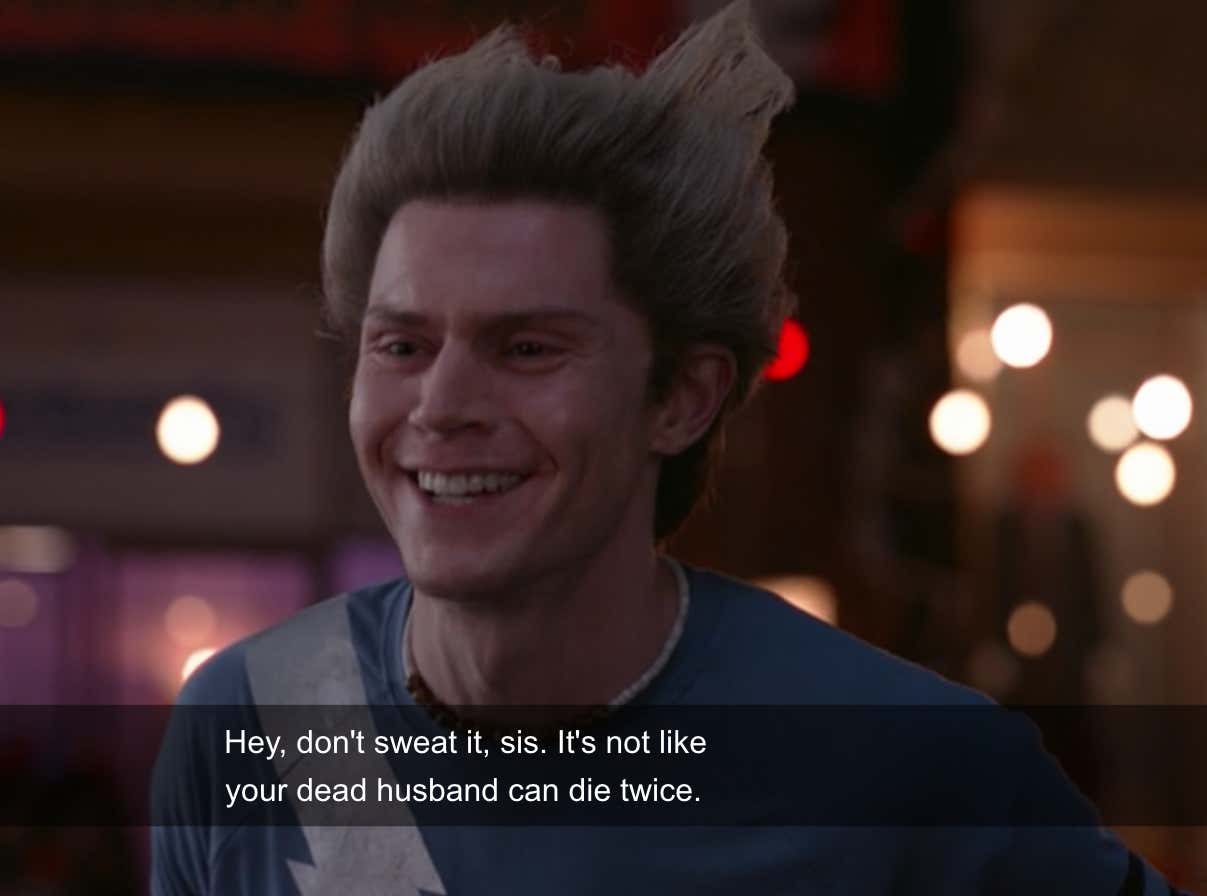 Quicksilver was wayyyyyyy too cool with knowing he was living in the middle of a sitcom this entire time. I'm oddly alright with the actor being from another cinematic universe and the character being dead in Wanda's actual cinematic universe. But the way he acted to everybody and lowkey antagonized Wanda has him numero uno on the Sus list. 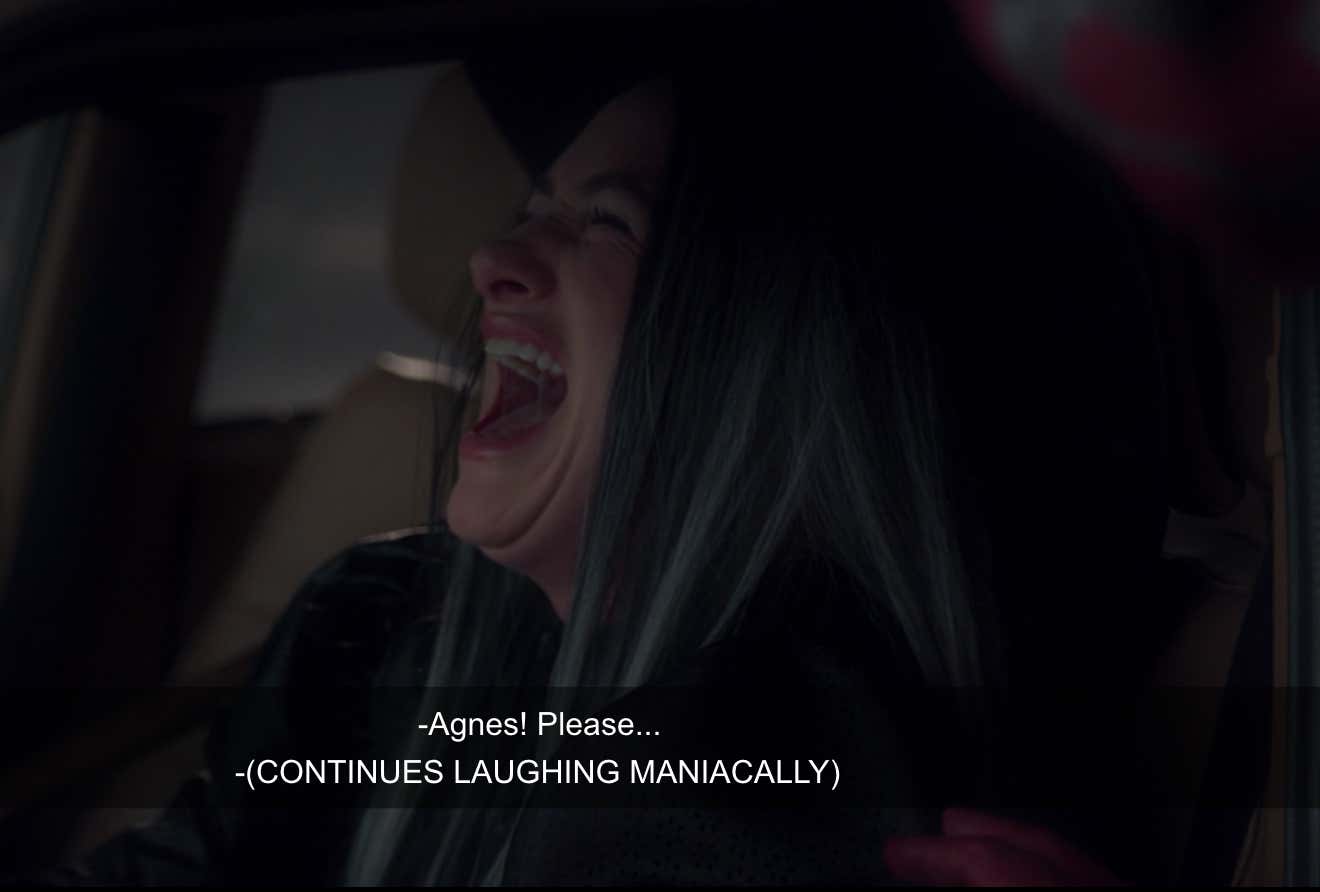 Sorry Agnes, your little acting display after Big Vis touched your nogin isn't going to work on a couple of guys whose boss spent years picking apart every ounce of bullshit from the #Deflategate accusers. There have been wayyyyyyyy too many revelations and references about you being an actual witch to think that you are anything but a witch named Agatha Harkness even before that perfect witch laugh and chilling "DEAD!" soliloquoy. Agnes is so Sus she is disqualified from being number 1 on the Sus list because she is already guilty in my eyes. 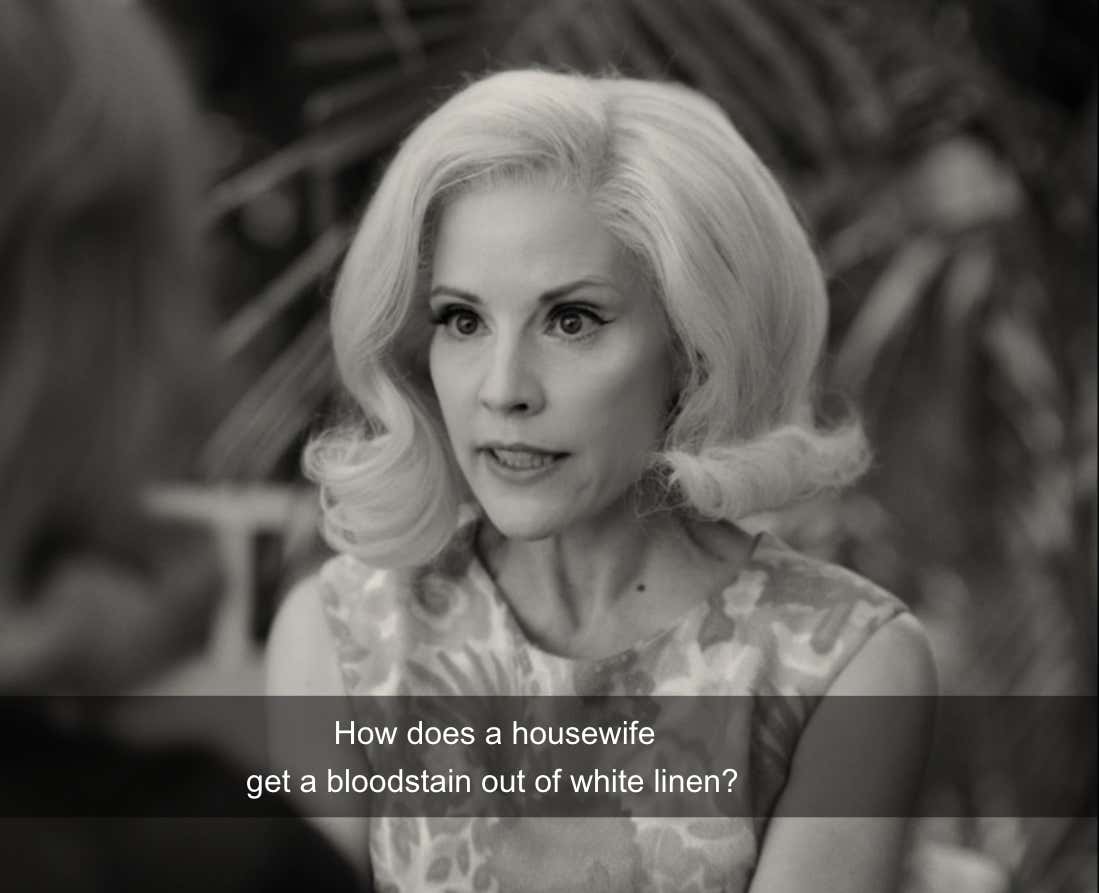 Yeah, we are going wayyyyy back when everyone was worried about Wandavision being a good show instead of everyone knowing it's an awesome show that is going to have a major impact on the entire MCU. You know who are the most Sus people in the world? The ones you don't hear from. It's been a while since Dottie appeared in the show, but with a couple of interesting lines like the one above along with her bleeding puts her squarely in Susland. Because let's be honest, you don't make it to the top of a suburban social committee without disposing of a few bodies along the way. 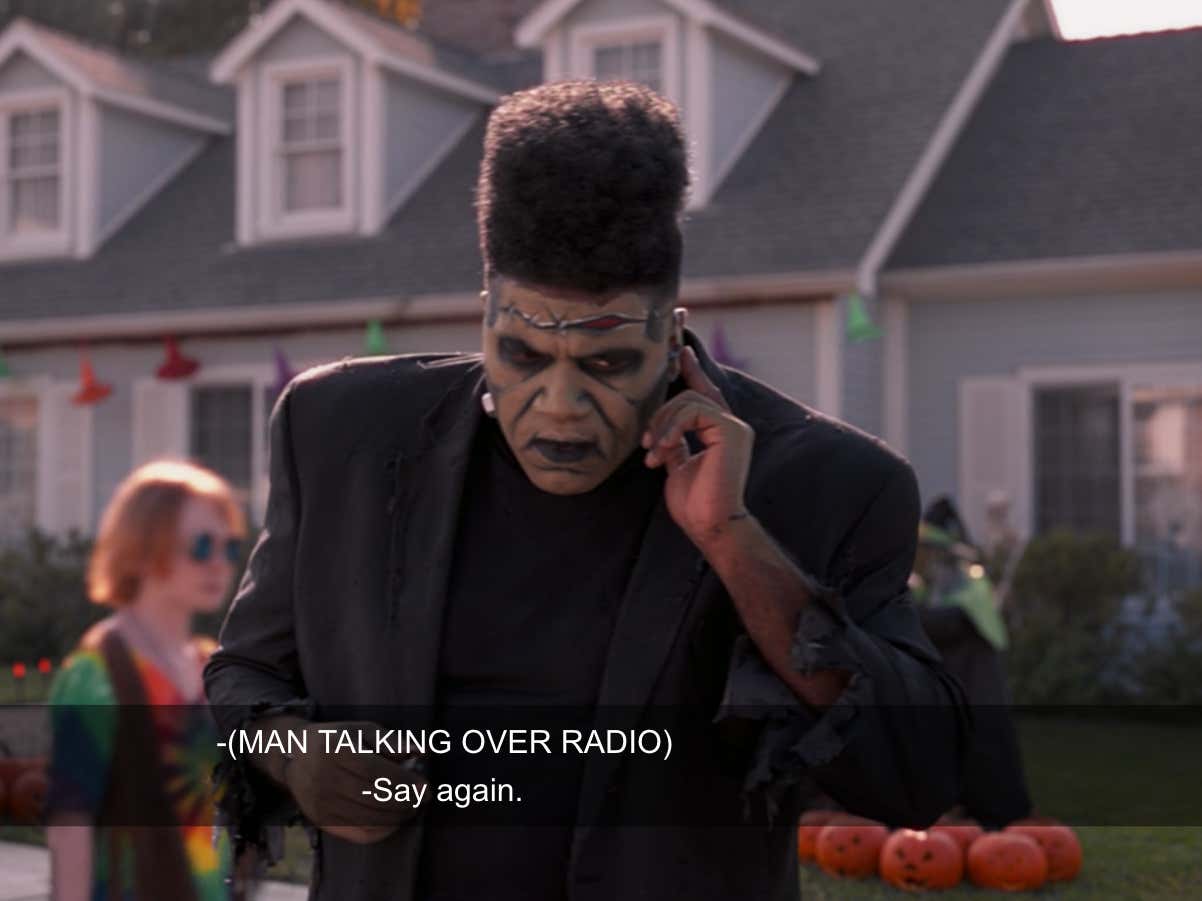 I love my guy Herb and understand this was all a type of Malcolm In The Middle gag about something happening in the background as a neighbor essentially narrates it. But having a radio in your ear and appearing to be very much in on the secret world Wanda has built places you on the Sus list. God I hope I'm wrong about Herb. 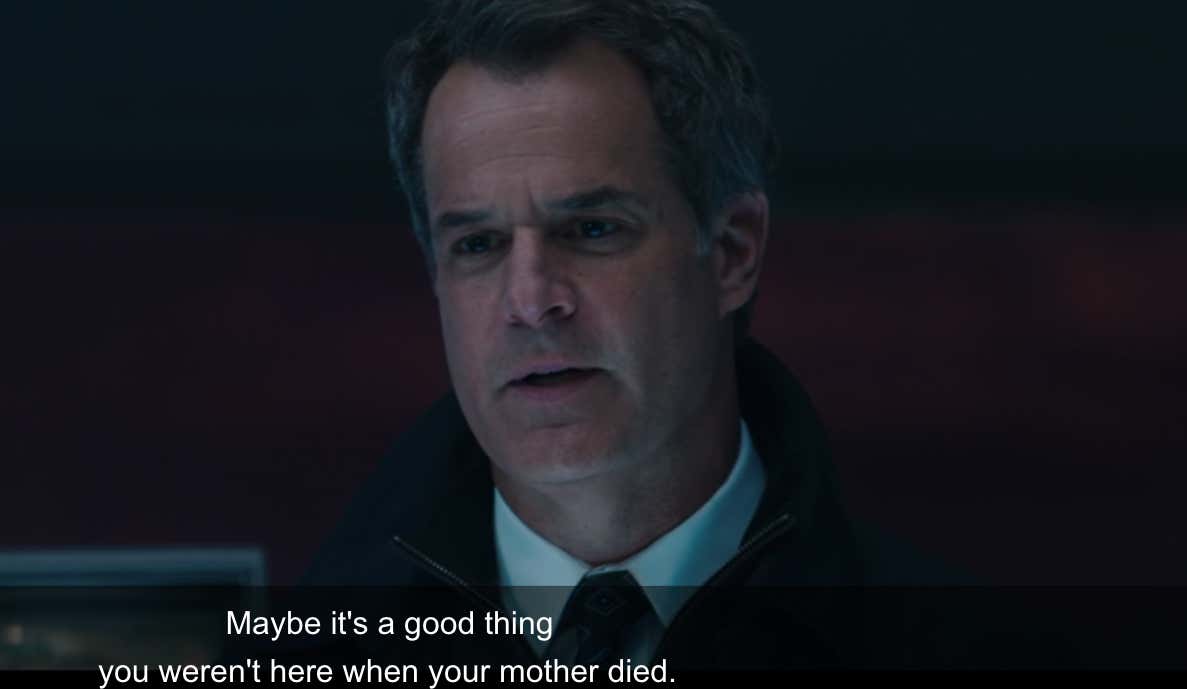 I actually don't think Director Hayward even qualifies for the Sus List because I think he's just an asshole. I'm not even sure it's his fault because if you work for a government agency opposite a good character, I think you have to be an asshole like the FBI agents from Die Hard.

You know what? We are gonna put Director Hayward number 1 on the Asshole list and put the shark number 5 on the Sus list if for no other reason than to rewatch this commercial that was as disturbing as it was nostalgic.

The wait between weekly shows is already bad enough since binge watching has broken our brains. But having to wait seven days for another Wandavision as I read every conspiracy theory on Reddit may shatter my mind.

Okay, poor choice of words there. But I really cannot wait to see where this all ends up, preferably with some introduction to the X-Men and if there's time, the Fantastic Four (Reed Richards being Monica's friend would be cool but Dr. Doom being the kid with the skin condition that stole Pietro's boots would be incredible).

Now buy a shirt in honor of the man who has not turned the MCU into the greatest content machine in this universe but made Wandavision a Must Watch not only for the cinematic ramifications it's going to have but for the great job it does paying homage to sitcoms of days past. 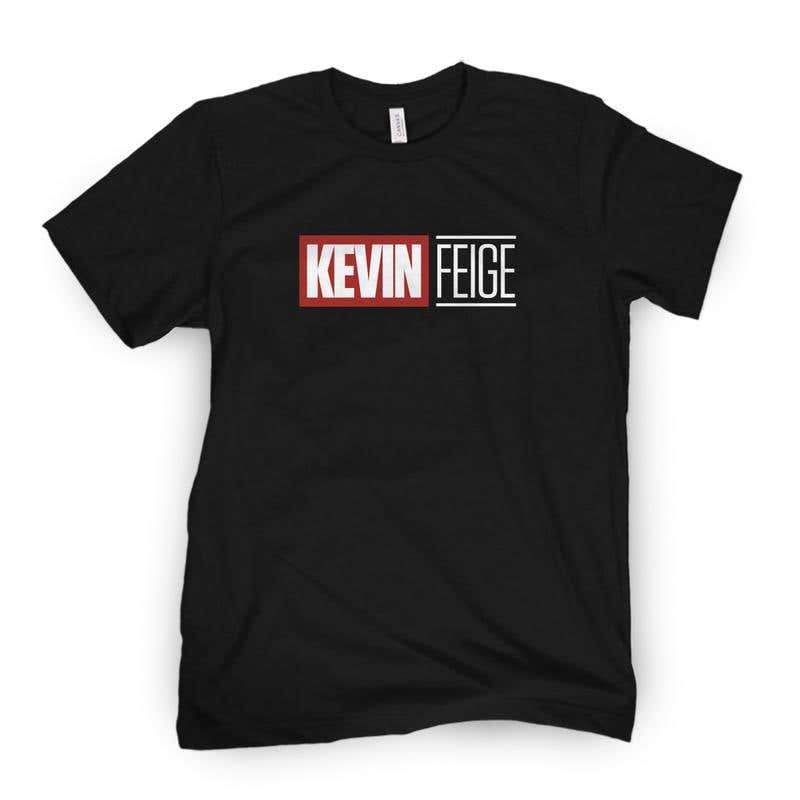