Sometimes when I'm having a bad day I sit back and think about this Pirates game. I think about Jake Arrieta and the 2015 Cubs going into a road Wild Card game and literally murdering an entire city and franchise. And I don't mean that hyperbolically. I mean that as a legitimate fact. The Pirates had averaged over 93 wins a season for the last 3 years. Since Jake Arrieta's 4-hit shutout in October that year, they've won just 45% of their games good for 73 wins a year. 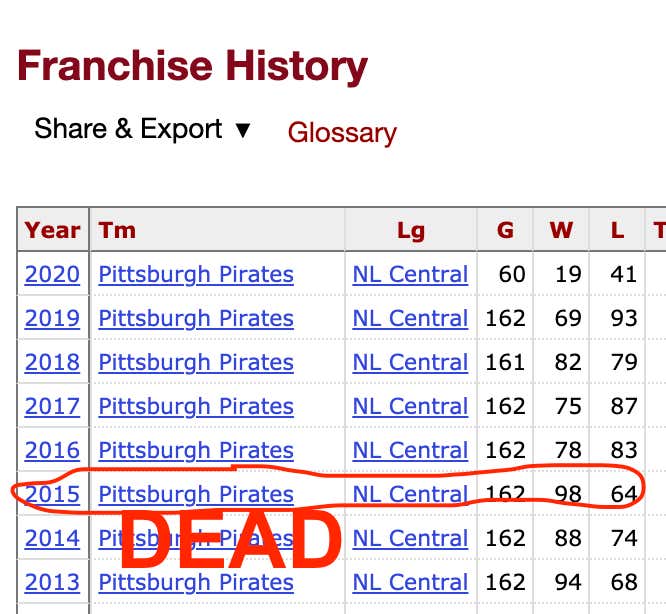 Fucking shame too when you remember all the chants Pittsburgh had in store for Jake.

Really wild to think that was just 6 years ago. And I don't mean the good pitching or playoff baseball. I'm talking about a coordinated newspaper attack on the other team's starting pitcher.

Cubs won a world series last time we sold this shirt. Something to think about.