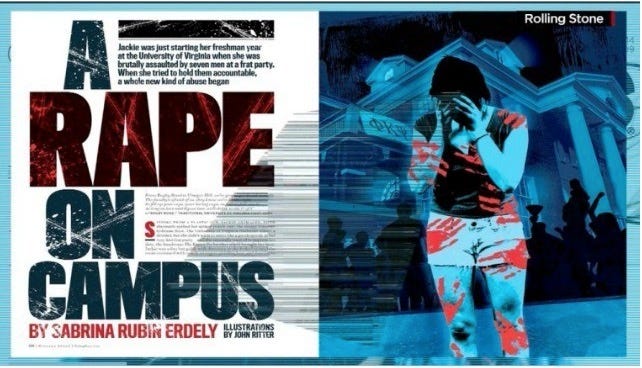 The suit was filed in Manhattan federal court on behalf of George Elias IV, Stephen Hadford and Ross Fowler. The three men, who graduated in 2013, were members of the Phi Kappa Psi fraternity that was cited in the Rolling Stone story.

They are seeking unspecified damages for defamation.

The Rolling Stone article did not name the three men, but Elias lived in the frat’s bedroom that fit the description of the room “most likely” to be where the rapes took place, the suit states. It claims that the three former students were “devastated” and “humiliated” by the magazine’s allegations.

If you need a refresher on the UVA rape hoax, you could check out one of the dozen or so blogs I’ve done on it, or NY Mag did an incredible recap of every major event from start to finish chronicling the whole thing. Basically the main thing you need to know is: Rolling Stone invented a fake gang rape story for pageviews then retracted the entire thing for being fake after all possible damage had been done.

As for the suit – Obviously it’s going to be tough to win any case against a big time magazine like this, let alone a defamation suit. Rolling Stone may be a complete joke of an organization, unprofessional and immoral, but the one thing they’re good at is hiring a shit ton of lawyers and legal teams to settle their cases.

But it’s not unwinnable. The 4 criteria of proving defamation are:

1) Published: Means that a third party heard or saw the statement — that is, someone other than the person who made the statement or the person the statement was about. “Published” doesn’t necessarily mean that the statement was printed in a book — it just needs to have been made public through television, radio, speeches, gossip, or even loud conversation. Of course, it could also have been written in magazines, books, newspapers, leaflets, or on picket signs.

It was published in Rolling Stone magazine. Ever heard of it? Here’s a refresher: 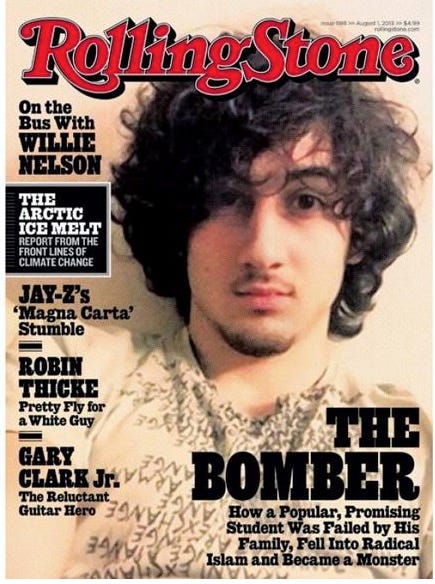 2) False: A defamatory statement must be false — otherwise it’s not considered damaging. Even terribly mean or disparaging things are not defamatory if the shoe fits. Most opinions don’t count as defamation because they can’t be proved to be objectively false.

Rolling Stone retracted it saying it was false.

3) Injurious: Since the whole point of defamation law is to take care of injuries to reputation, those suing for defamation must show how their reputations were hurt by the false statement — for example, the person lost work; was shunned by neighbors, friends, or family members; or was harassed by the press.

The fraternity was shut down, students held loud protests outside the house day and night: 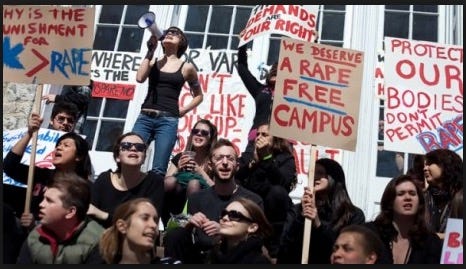 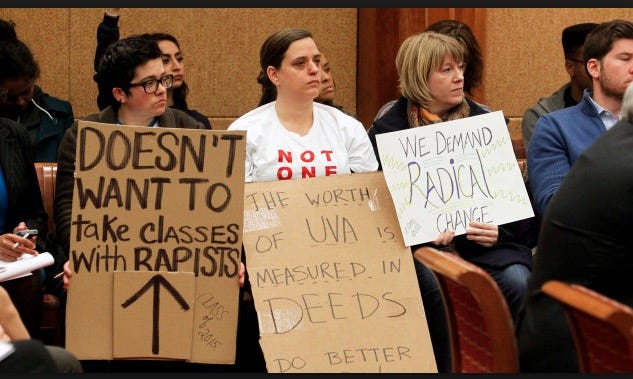 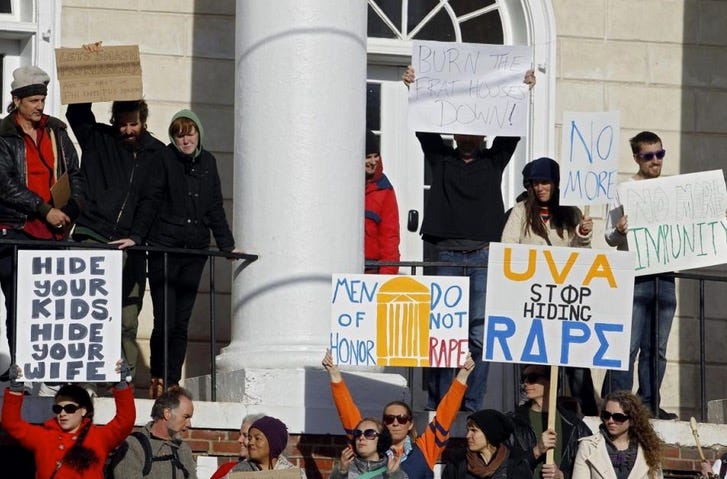 Members were harassed constantly and received death threats, names were leaked to the press and branded “gang rapists.” Does being labeled a gang rapist hurt a reputation?

4) Unprivileged: The statement can’t come from court, a deposition, or any time that might consider free speech to be constrained.

Not only do I think I just got my law degree over the internet and can now personally prosecute this case, but I feel a lot better about Rolling Stone possibly getting sued for everything they are worth. Could be a light at the end of the tunnel where this garbage mag takes a massive hit. That hack author too – 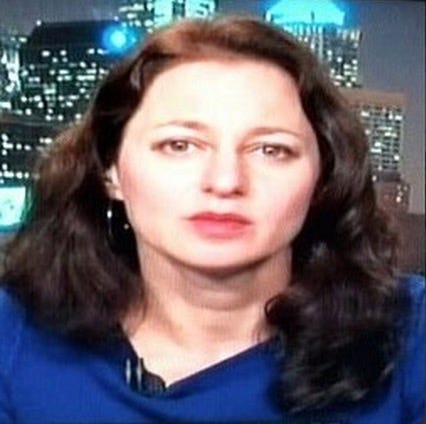 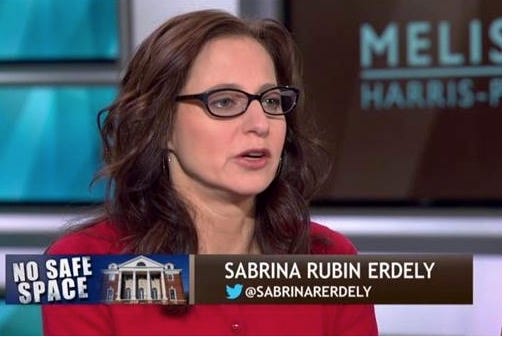 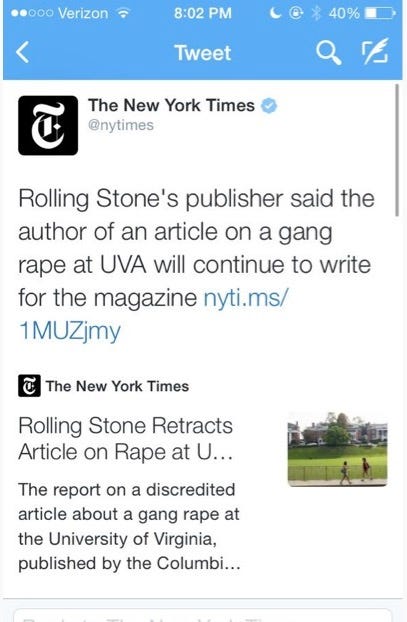 You know this is still the last tweet she sent by the way? 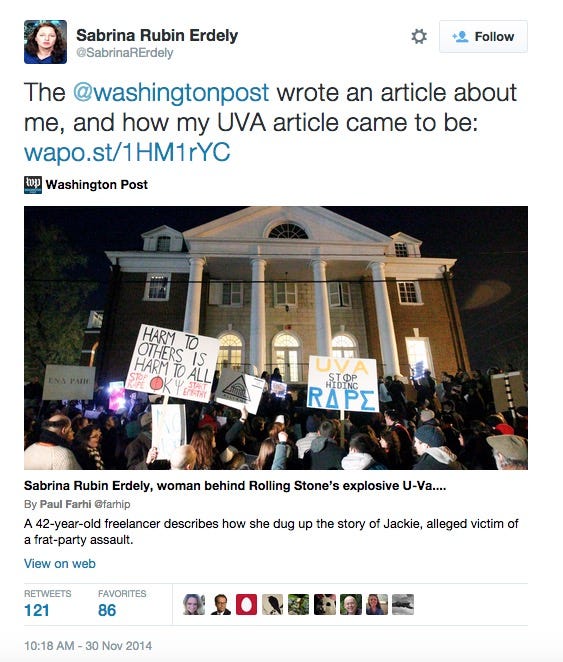 Last thing ever sent by her Twitter. Talk about cutting and running.

Most likely scenario is probably a settlement before it ever goes to court, but here’s to hoping Phi Kappa Psi sticks it out and goes for the jugular. Must watch court case. 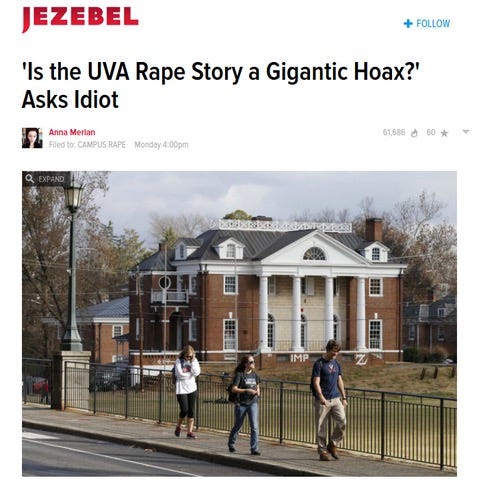