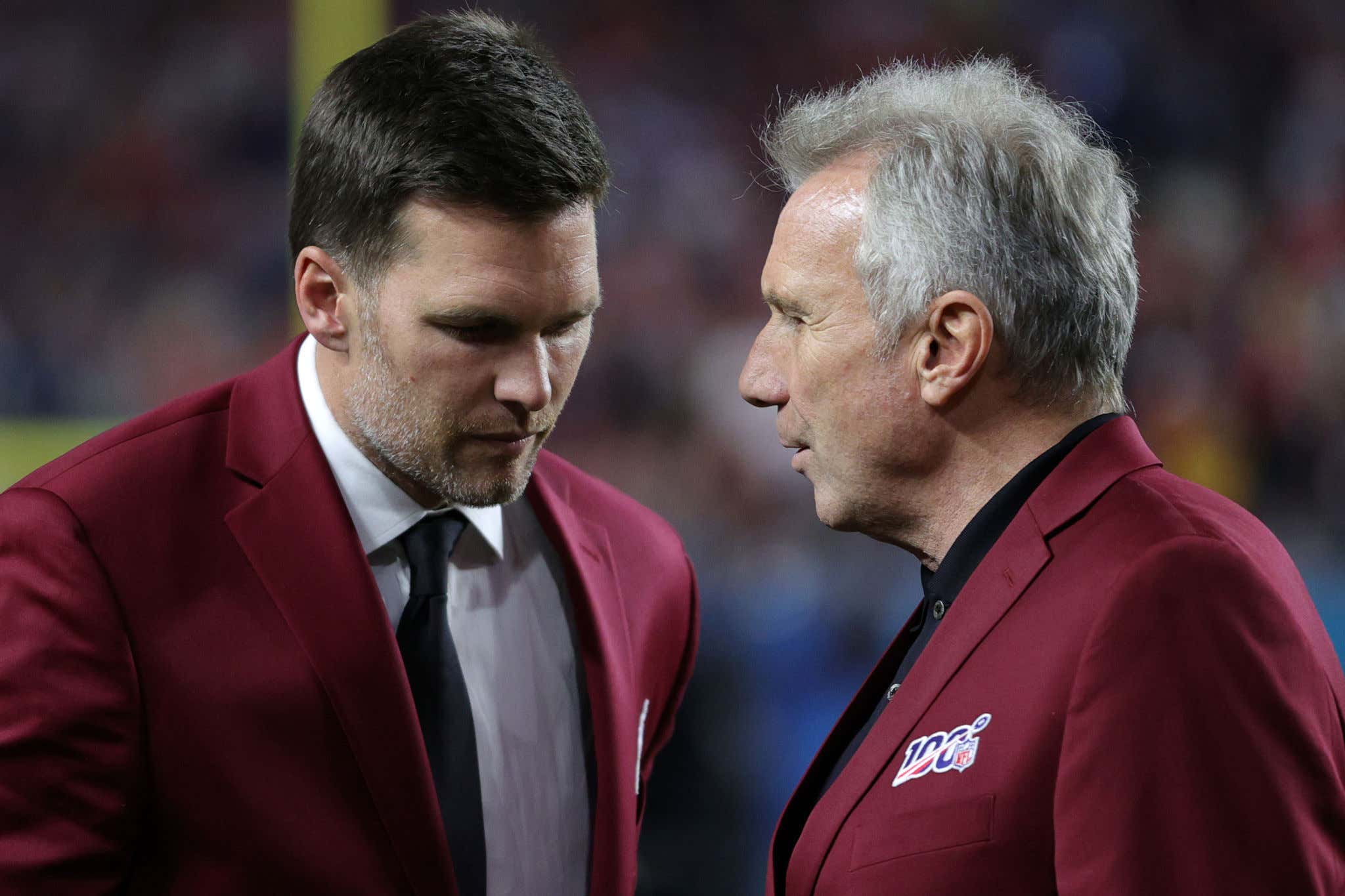 Sometimes it's not enough to achieve an unprecedented degrees of success heretofore unimaginable. To really get the most out of all you've accomplished, you've got to save the receipts. Especially when those receipts are from so long ago, the term "save the receipts" only existed for the purposes of taxes and expense accounts. And when said receipts said you'd never, ever amount to as much as your boyhood hero, so much the better.

This is from Bleacher Report, exactly 10 years ago this week:

Brady had just become the first player in NFL history to win a unanimous MVP. But his No. 1 seed Patriots got unceremoniously bounced out of the playoffs by Rex Ryan's Jets. Which was considered by many to be the sound of impending doom for his career. The then 33 year old standing in his own professional grave. And disqualified to ever be in the GOAT conversation.

Click the link for the full treatment if you want. But here are some highlights to take you into the weekend:

But how does he compare to the great quarterbacks of the past?

Right now we'll look at Joe Montana, who was the 49ers quarterback through the 1980s and early 1990s before finishing his career in Kansas City.

Montana won four Super Bowls and is now in the Hall of Fame.

While Brady and Montana are comparable on several angles, here are 10 reasons Brady can't live up to Montana. …

Looking back at it now, it was just so quaint. A relic from a simpler time, when Brady was still partway through the second section of what has been three separate Hall of Fame worthy careers. Not still thriving in his third act as he is now.

So yeah, the premise of the Bleacher Report piece is correct. You can't compare these two all time greats. Not any more.