Elon Musk dominates the internet. There's really no other way to put it. Jerry blogged earlier about Musk spending time working on a hover car, which would be a hell of a thing to have in our society. I have no interest in going into space, which is what Musk spends a lot of time discussing, but the hover car? Sign me up for that one.

All of the Musk-Rogan interview was a joy to watch. What struck me the most from it was Elon's thoughts on aliens...which isn't really anything at all? Turns out the king of our time spends zero time thinking about aliens:

This raises the question....is Elon actually just an alien?

Did the aliens send Elon down from god knows where to be the first alien in human civilization? It's almost like he was sent on a consultation trip for the aliens. He is very well on pace to take over the world (if Bezos doesn't beat him) and if he does? The aliens will slowly come to earth to take over. (No, I wasn't high writing this).

This is a guy who will probably get rich off of AI and he's scared about its consequences...me? I'm someone who could very will find himself without a job if AI blows up. I will say.....it is nice when another smart person disagrees on Musk's outlook: 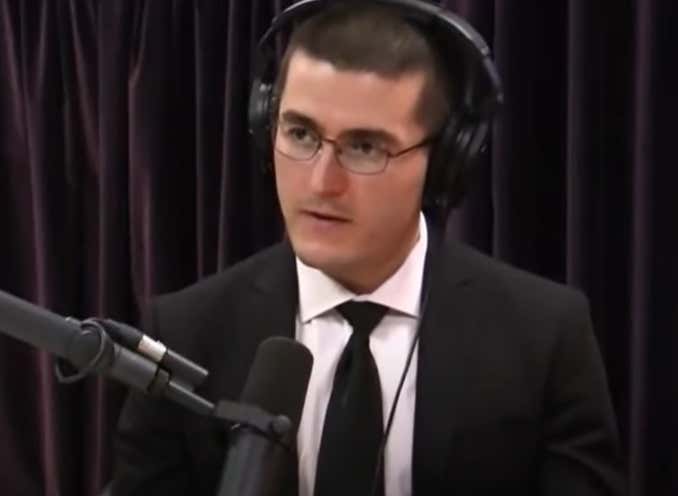 He looks like the mad scientist of some movie. You don't believe this guy? I almost believe in him more than Elon. The branding of him wearing that black suit with a white shirt and black tie is spectacular.

This blog has gone a bunch of different places, but it's nice to hear that Elon doesn't care about aliens. I'm with him. Who cares about them.