Here’s the full explanation from the original uploader, one of the chicks, if you’re curious. It’s a long-winded one but seems material to the argument so it might be worth a read: 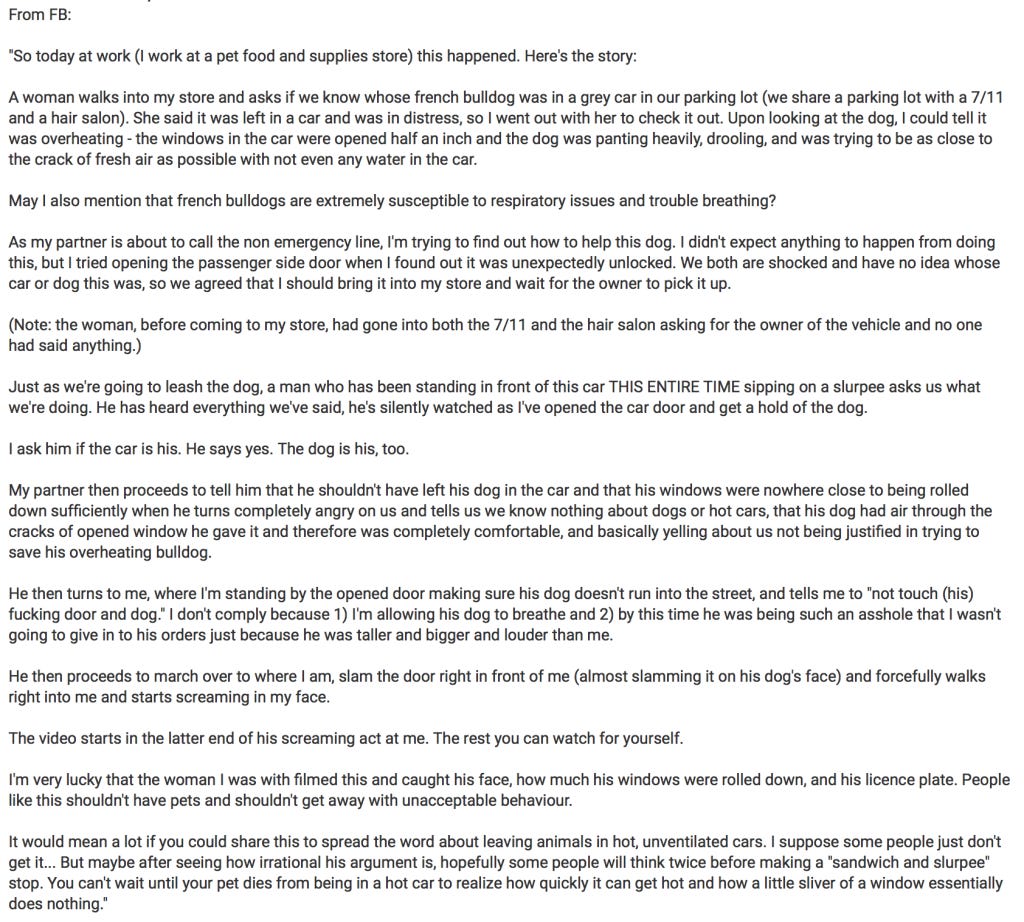 I’m definitely sympathetic to the cause of dogs overheating in a locked car; the video the Cardinals’ Tyrann Mathieu did to prove what it’s like being a dog in a car even with the windows cracked is a pretty good example of how fucked up that is to subject your dog to for any extended period. But, at the same time, if this dude is on the up and up and just stepped in to get a sandwich for a second with his windows cracked, what more is he supposed to do? Yeah he comes off like a total prick with his attitude and overall Mr. Chow from The Hangover vibe and I never trust a man who sounds like he’s crying when arguing. But he clearly cares at least a socially acceptable amount about his dog if he rolled down the windows in the first place, you’re not exactly freeing Willy from a cruel water park here.

And honestly the chick filming just comes off so poorly with her “This is called an open window” buttinsky shit that I’m inclined to take the guy’s side no matter how awful he is. If there’s someone who’s used the phrase “my partner” ten times in the span of a few paragraphs who hasn’t been one of those passive aggressive nanny state types who’d freak out about a dog overheating even while everyone in the video is wearing jackets, that’d be a first. There aren’t a lot of times you’ll convince me to take the side of a screaming man in a Subaru looking like he just came off the set of a low budget remake of Fast and the Furious: Tokyo Drift, but this may be one of them.