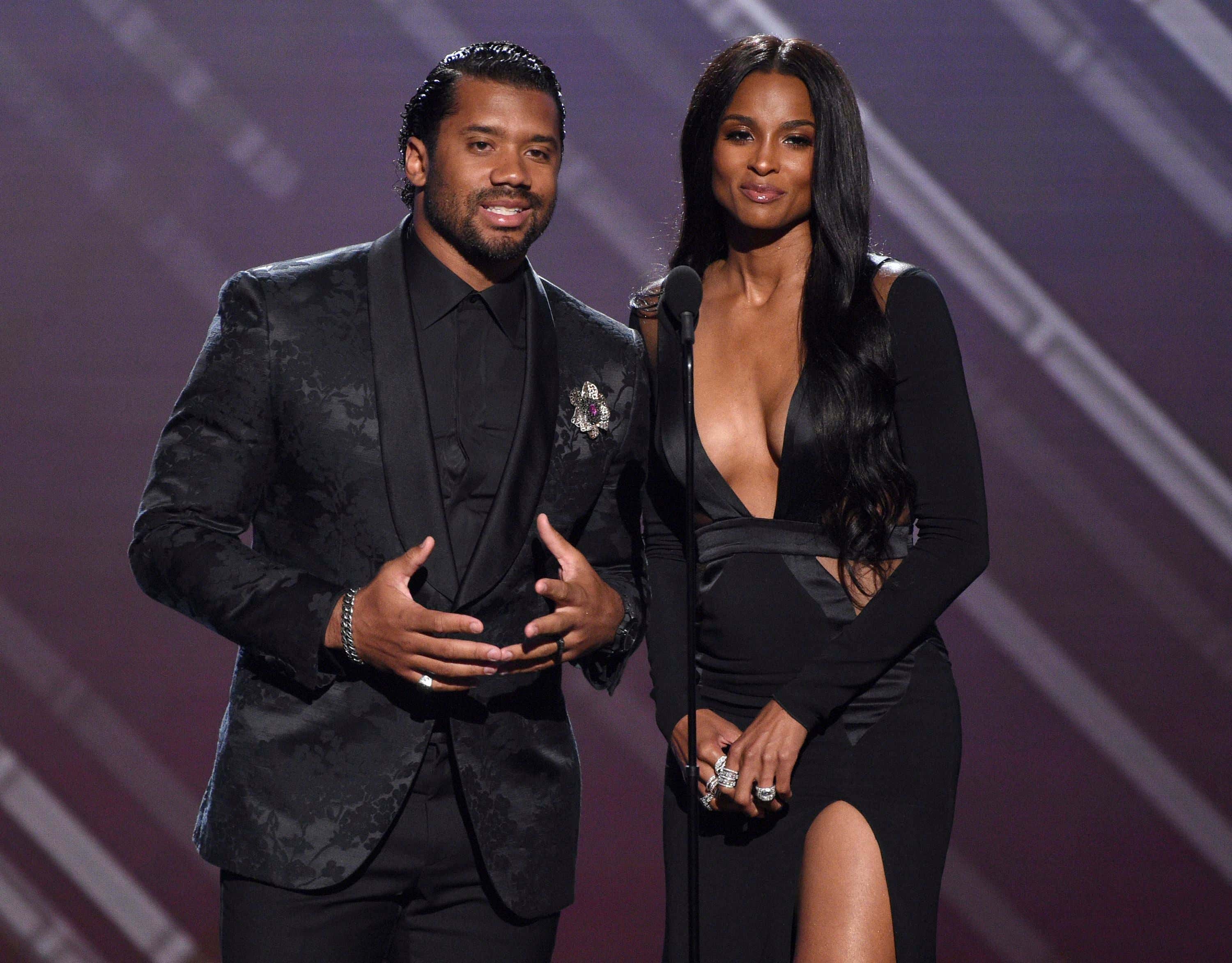 If you're like me, you undoubtedly missed Friday's edition of "Ellen." I don't know if she's on vacation or on a hiatus due to the fallout from all the bad gas she's been taking from her former employees online. I just know that I've been holding out until she comes on stage and starts dancing right on the larynx of some low level staffer while her adoring audience slaps their meaty fins together like trained seals.

Until then, I'm taking my usual Texas-sized pass on Ellen's patented brand of insincere happy talk, celebrity worship and cooking demonstrations, thanks. So I didn't catch it when tWitch (I'm not going to pretend to know who that is because you know I haven't the first clue) guest hosted and had Russell Wilson and Ciara as guests. Fortunately somebody bothered to.

Us - Spilling all! Ciara and Russell Wilson shared an intimate detail about their sex life during their appearance on The Ellen DeGeneres Show on Friday, February 12.

The “Level Up” singer, 35, and the NFL pro, 32, joined guest host Stephen “tWitch” Boss and his wife, Allison Holker, for a virtual game of “Never Have I Ever.” The two couples were asked some innocent questions, including whether they have pretended to be asleep when their children cried at night. However, the group was also faced with tackling some NSFW questions.

The foursome all raised their paddles for “I Have” when tWitch, 38, asked whether they have engaged in car sex. They also all matched on being members of the Mile High Club.

Just when you thought Wilson and Ciara couldn't be a more perfect couple, they go ahead and do this big reveal. That said, this is the least surprising thing we'll probably hear all year. Not the car sex so much. Anyone with young kids will tell you that's a staple of Babysitter Night. It becomes the franchise reboot of that parking phase of your life from when you were living with your parents. Only more so. Because your parents or your girlfriend's might go out occasionally and leave the house empty. But kids are such a constant source of relentless, remorseless cockblockery that it's a miracle every kid isn't an only child. And the third row seat of the minvan (the middle one has the baby seat in it) becomes your only option.

I'm of course talking about the Mile High Club. I always assume that every attractive couple over a certain income level has done it on a plane. And needless to say I'm not talking about squeezing into the toilet on some commercial flight. Fumbling around in some smelly, messy stainless coffin after some fat guy just crop dusted it is for poors.

Like F. Scott Fitzgerald said, "The very rich are different from you and me." Celebrity couples like these bone with champagne in their hands on Gulfstreams and Learjet 75s while the rest of us are taking off our shoes at the metal detector like losers. It's why private air travel was invented. I'm sure Charles Lindbergh was getting handies from French models in the cockpit of The Spirit of St. Louis and Howard Hughes was taking Jane Russell from behind during the 10 second flight of The Spruce Goose.

Anyway, good for Russell Wilson. This is how a leader of men should behave. Not staying abstinent until the wedding day. A football team needs to look up to their quarterback and team captain. And just knowing he and his gorgeous wife did the grungey tumble at 30,000 feet will help whatever team trades for him on the field. There's nothing like that visual to put a little pep in your step, make you get out on those edge blocks a little faster, protect the interior of the pocket against stunts and twists a little bit stronger. Because a man who counts his name among the membership of this exclusive club deserves to be blocked for.