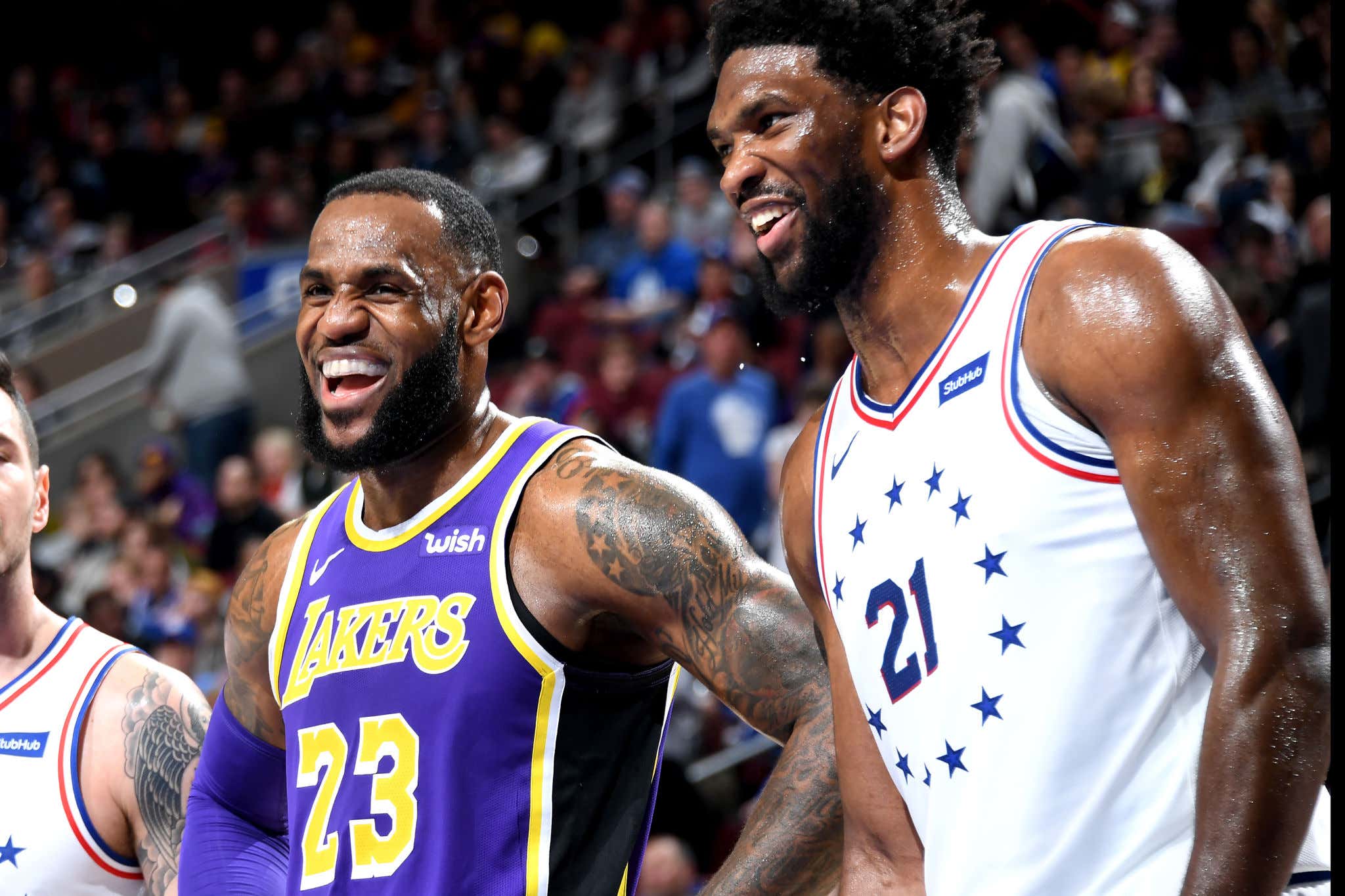 We've seen some close battles for league MVP over the years, most recently I would say in the 2016-17 season. But I feel confident in saying that what we are witnessing this season blows that out of the water. The last few years it was basically down to just two guys. This year? The choice is becoming harder and harder as the season goes along.

You start with LeBron. Yeah, he should probably have way more than 4 in his career since he's basically been the best player on the planet since he entered the league. He suffers a little bit from voter fatigue, that's just the reality. But now we're seeing the narrative shift a little bit, especially these last two years. It helps that he's playing some of the most insane basketball we've seen from LeBron since his prime Miami Heat days. He hasn't missed a game, he's playing more minutes than he did last year while throwing up 25.5/7.3/7.9 on 49/39% splits. Doing shit like this

Pretty much every night. Have you seen any Lakers game recently? LeBron is dominating people right now. I blogged the other day how he would be my MVP leader at the moment and that's not exactly a hot take. He's been incredible.

But this is where it gets complicated.

If we were to talk about who has been the most dominant player this season, the answer is easily Joel Embiid. Fact, not opinion. Not only does he look in shape, but his jumper is a billion times better. If you double him, he's making great strides as a passer finding the weakside shooter. You want to talk about consistency, what's more consistent than this? 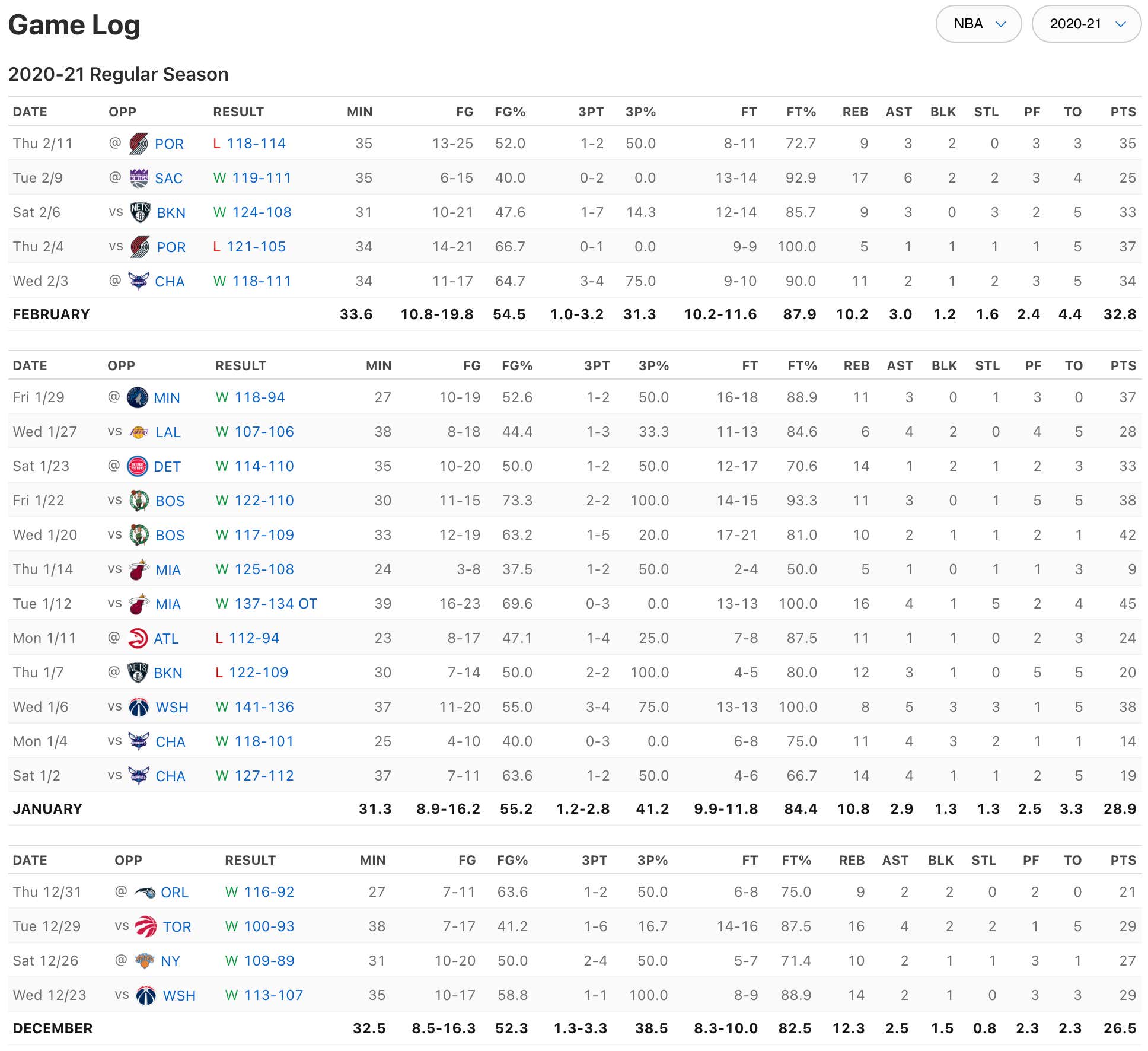 Like what the fuck. This is like some prime Shaq shit only Embiid can actually stretch the floor. Not only that, but he has the Sixers at the top of the East at the moment. I don't think it's a stretch to say that there has not been a more dominant player on both ends up until this point of the season than Joel Embiid. How could you argue agains that while looking at that production? It's not just the box score either, he passes the eye test with flying colors

You can see where we're headed.

Which brings us to this guy named Steph Curry, maybe you've heard of him. While those two previous players have been great, we're also living in a world where Steph has basically been better or at the very least just as good as his UNANIMOUS MVP season. You may have seen he had another 10 3PM last night

He has the Warriors in the top 8 and is putting up 30/5.5/5.9 on 49/43% with 5.0 3PM a night (!!!!). The last time he did this shit (2015-16) he was the MVP. So if you're someone who believes he should be leading the charge this season, you have a case. If you want to talk about importance to a roster (like what LeBron is for LA), could the case be made that Steph is just as important if not more important to the Warriors roster? There's no AD on that Warriors team to help Steph.

You could stop at just those 3 guys and have yourself an insane MVP race. But we're not nearly done.

We were all wondering how he would look coming back from his achilles, and the answer is like an MVP.

What's insane is that you also have someone like Giannis, a guy on a top 2 seed that is putting up 28/11/5.5 on 56% shooting and you're not even hearing his name in the MVP conversation! He's basically been on par with the same production that he had in his previous back to back MVP seasons. But deep down you know he won't win and that voters will go to someone new, but just think of how crazy that is. He's actually shooting better from three this season than he did in his first MVP year! This is his second highest scoring average of his career which his second highest FG%. When was the last time you heard him in the top 3-4 of the MVP race? That's how wild this season has been.

You also can't forget what Big Honey is doing in the Mile High city either. How does 26.9/11.3/8.6 sounds on 56/40% splits? That's basically Joel Embiid production only Jokic has been a much better passer and outside shooter. The knock here might be the Nuggets overall record, but if you're talking about only looking at the production of these guys, Jokic has been as solid as anyone listed above.

I haven't even mentioned Luka yet because his team kinda sucks but he's putting up 27.8/8.7.9.3 a night! That's LeBron level production (without the efficiency). He's 21.

So as you can see, you have 4-5 guys that have legit MVP cases. None of them look like flukes either, this is just who each of these players are this season. How do you decide? Is it best player on best team? Most important to their success? The numbers? It's going to be impossible to pick a winner while not snubbing a bunch of players that are having the type of seasons which previously won a guy the MVP. It's insane. It's madness. It might all come down to narrative.

If that's the case, LeBron will probably win. Especially after what happened last year. But all I know is this is easily the best MVP race we've had in years and it's what makes every night so awesome to watch. When I wrote that LeBron blog I was certain he was the clear cut favorite, but now I have no idea. It changes every night it seems like as these guys continue to play a ridiculous level of basketball.

So, right now, at this moment….who ya got?