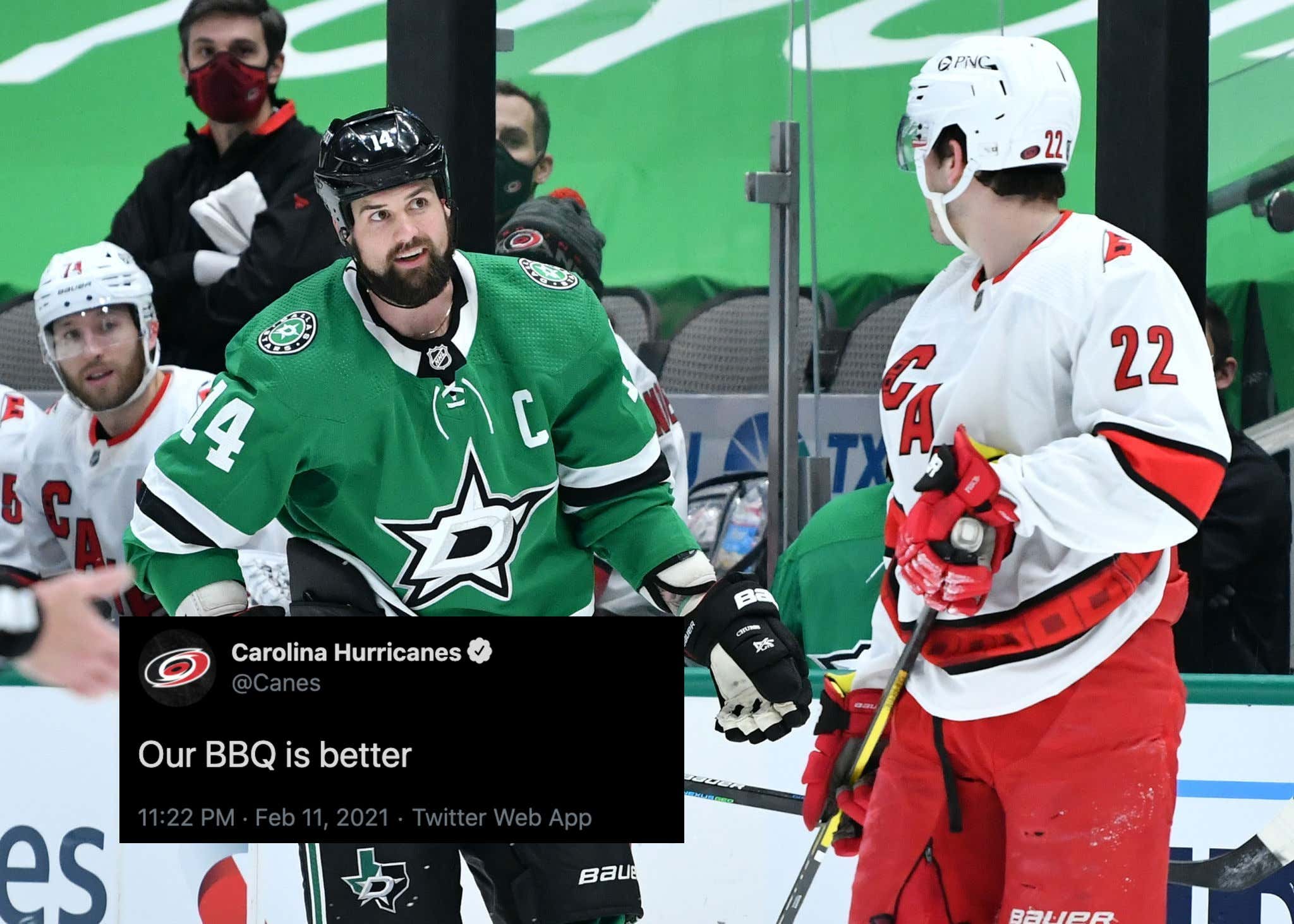 When the NHL announced that this season would consist of a 56 exclusively intra-divisional games, we knew that there would be a new level of hatred unlocked between some of these teams which we've never seen before. We knew that old rivalries would become twice as intense as before, and that new rivalries would start up almost instantly. Having to play against the same team 8 times throughout the course of a shortened season is a surefire way to get these guys to want to kill each other.

Little did we know that the first legitimate war this season would be waged by a team Twitter account. You figured it would be one of the Tkachuk's in the North Division. You figured it would The Battle of Pennsylvania going 8 rounds. But as it turns out putting a team from Carolina and a team from Texas in the same division was the powder keg and this social media manager just lit the fuse.

The Hurricanes are now 3-0 against the Stars on the season. Just that alone would cause a little anger and frustration to start making its way into the next 5 games of this matchup for Dallas. But the moment you bring up regional bbq? Well those instantly become fighting words.

Smoked, mopped, chopped up and pulled apart to perfection. Goddamn does that look glorious.

Then we've got Texas barbecue. And in Texas, beef is king. Brisket, beef ribs, sausage. All mostly smoked over some indirect heat and heavily seasoned with salt and black pepper. Depending on where you're at in Texas, maybe some extra black pepper. And there's not much of a sauce debate in Texas like there is in the Carolinas. But that's because you don't even need sauce.

And if I'm picking one enforcer who the Stars need to lead them into this battle, it's Ms. Tootsie from Snow's BBQ.

Carolina BBQ vs Texas BBQ. Is one of them better than the other? That's not for me to say. But if this matchup between the Hurricanes and Stars is going to keep escalating over the next 5 games, well we better get some enforcers ready to settle it once and for all. Time to drop the mitts and smoke some meat.