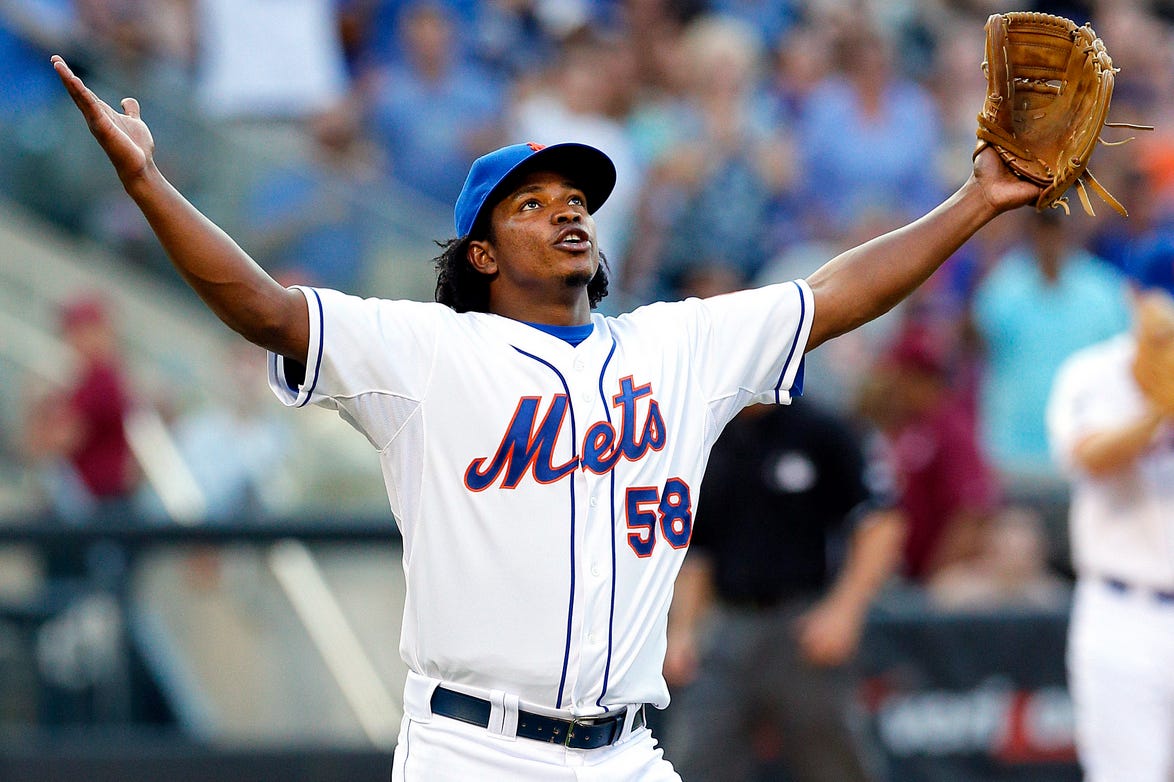 NEW YORK — New York Mets general manager Sandy Alderson expressed disbelief Tuesday after reliever Jenrry Mejia was suspended 162 games by Major League Baseball for a second positive test for performance-enhancing drugs. Mejia had just returned on July 7 after completing an 80-game PED suspension. Major League Baseball declined comment about whether Mejia’s latest positive test came before or after he was activated from the initial suspension. This time, Mejia tested positive for the anabolic steroids Stanozolol and Boldenone. The earlier suspension was for Stanozolol. Because of the first suspension, Mejia was subject to six additional urine tests and three additional blood tests over 12 months following the violation.

Jenry Mejia is the GOAT. The Greatest Of All Time. The Greatest At Being Bad At Steroids That Ever Lived. Nobody has ever been better at being bad than him. And thats a badge of honor a you make Subway sandwiches for the rest of your life, Jenry. You can say that nobody was ever better at being worse at steroids than you. Not even Arod.

The funniest thing is that it was Stanozolol and Boldenone. Two of like the most powerful steroids known in the galaxy. We’re not talking about some supplement or a mix up with your trainer. These were heavy ass steroids back to back in the matter of like a week. Hilarious. I dont know how contracts work during these suspensions, but whether its with or without pay, Mejia was on a 1 year 2.5 mil contract. Not like thats chump change but thats NOT enough for you to be out of a job and potentially done with baseball. Like even in his heart of hearts if he knew he wasnt good enough without drugs, just linger around for a while. Sign a couple contracts here and there for a mil or 2 a pop. Theres always teams looking to bolster their pen. You can linger for ETERNITY as a relief pitcher. Look at Latroy Hawkins. Guy is a corpse and he’s still getting paid. But who knows now with Mejia. He gets one more strike but nobody wants to take a risk on him. He’ll probably go back to living on the floor of some Dominican hut instead of just being a shitty relief pitchers making a total of like 10 million dollars over the next decade. Guy had the greatest gig in the world – work once or twice every few days playing a game. And he went and fucked it all up. Biggest bonehead ever.

PS – This has gotta be on Mejia’s crew right? He must have a guy thats telling him he gave him all the right masking agents or that this stuff wont show up in tests and the guy just didnt know what the fuck he was talking about. And Mejia was too trusting and stupid and believed him. Right? Thats the only plausible explanation for a failed drug test one week after returning from a failed drug test.