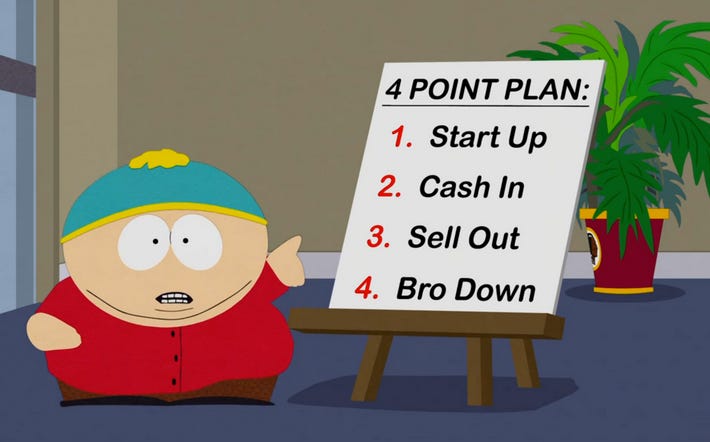 How many more? Well, the Redskins again attempted to assess that after the 2014 season. With the help of third-party media monitoring services Meltwater and TVEyes, the team put out a fancy 13-page report on its findings. That report determined, among other things, that there were “7,845,460,401 unique visitors of print/online coverage of the 2014 Bon Secours Washington Redskins Training Camp from July 24-Aug. 12.”

Now, you can say that this is all irrelevant and ridiculous. But the bold number at the top of the report is $76,146,720.61, which the team says is the “minimum total value of the coverage generated for the City of Richmond throughout the 2014 Bon Secours Washington Redskins Training Camp,” a number that is presumably reflects the 7.8 billion unique visitors for the print and online coverage. It should be clear to just about anyone that 7.8 billion unique visitors did not consume Redskins training camp coverage, and that the media reports therefore did not generate a minimum of $76 million worth of coverage for the City of Richmond. 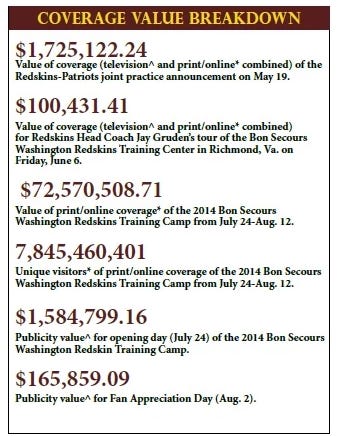 Really funny and awesome work by Dan Steinberg at the Washington Post. The Redskins put out a fancy pants report about how them moving training camp to Richmond helped the city financially. And as it turns out, according to the Redskins, it was A LOT. As in every single person on the planet read about the Redskins training camp last year. Yep. Almost 8 billion unique people read about training camp from July 24 to August 12. And some people say nobody cares about the Redskins. HAH. That’s why every time I do a blog about Kirk Cousins our servers die. That’s why every time Colt McCoy gets a start our site can’t stay up on the Internet. It has nothing to do with our technology from 2005 or the DevNest walking out halfway through rebuilding the site, it’s because every living soul on this here planet Earth scrambles to the computer to absorb as much about the Redskins as possible. I don’t swim in pageviews, I drown in pageviews. That’s just the power of the Washington Redskins football club. That’s why it doesn’t matter if they go 3-13, 4-12, or even as good as 6-10. As long as I blog about them, starving kids in Africa who don’t even have a bite of food to eat will be reading. Redskins football baby. Can’t wait.