Who was the master of ceremonies? Glad you asked, none other than a Mr. Hanley Ramirez. Gotta put ‘em to work when they go 0-5 last night, I guess. Hanley’s like a hooker you order drunk and can’t get it up. I paid for work, you’re working. Go clean the kitchen. 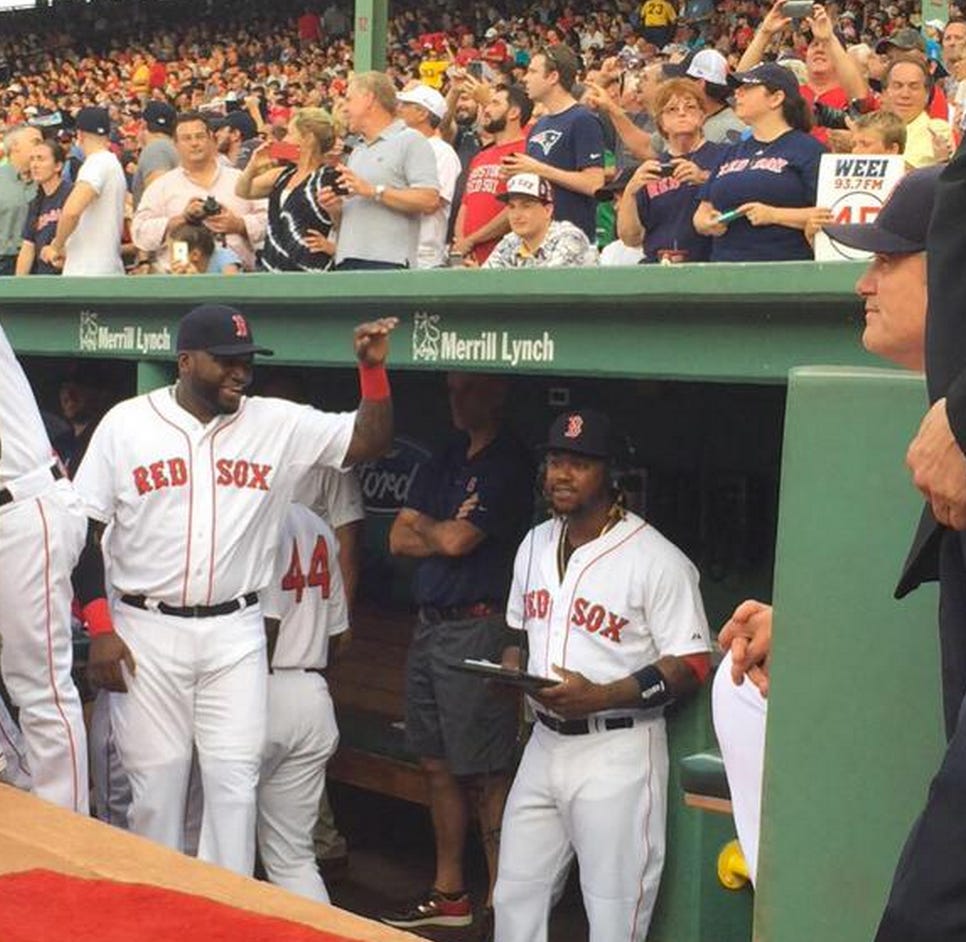 They used Coldplay for his highlight montage so I guess thanks to Linda Pizzutti for throwing that together last night.

But Pedro took it in stride and came out as charismatic as ever. If you can see the patented Pedro double point and not smile then there’s something wrong with you.

Then it was time for gifts where they gave him some weird ass shit. There was a piece of the Monster, a seat, $45k to his Dominican charity, a gold plate with his hand prints which as they described it I thought was gonna be a dildo. Also, a laptop preloaded with his highlight reel on it, because I guess they thought Pedro didn’t have the internet or something. And of course, wherever there are weird gifts you’ll find these three weirdos, who make you want to hide from all the awkwardness whenever they’re on screen. DO SOMETHING WITH YOUR HANDS, LUCCHINO! They’re just hanging there like they belong to a dead person. 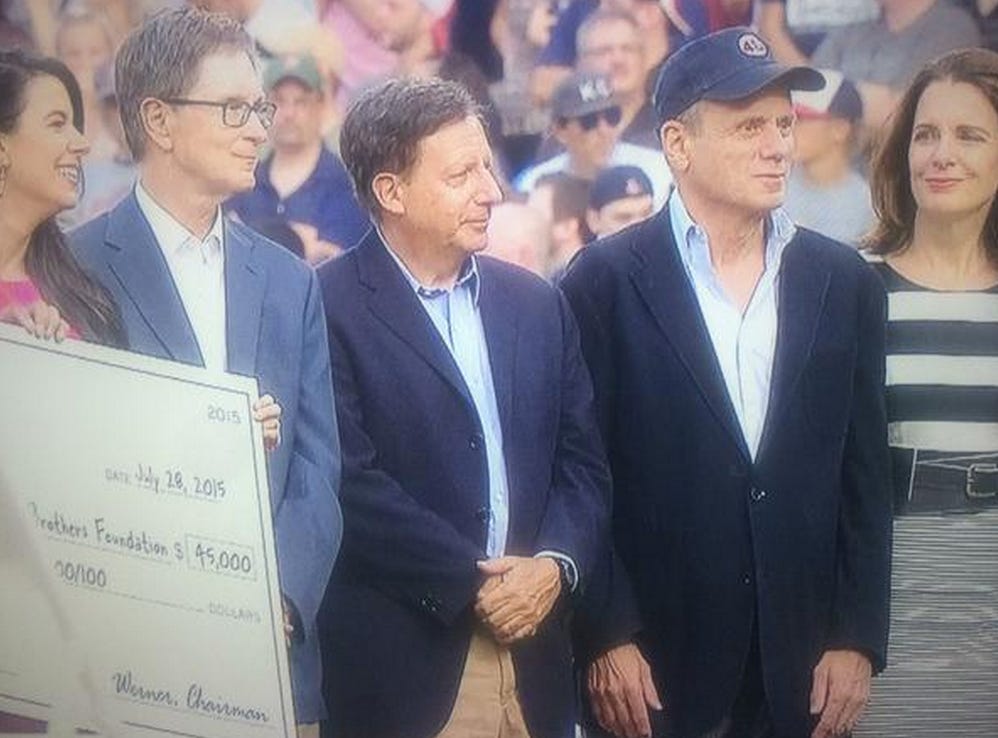 Finally Papi came out, didn’t say Fuck, and ordered the unveiling of 45

And then we were back to that beautiful man Pedro Martinez, telling anyone who thought he was going too long to screw. “This is Pedro… this is my parade.”

And soaking in one more “Let’s go Pedro!” (maybe “thank you pedro”?)

Annnnnnd of course we got one out into the 1st before Miley gave up 5 runs and the crowd started begging for Pedro back because despite all those warm feelings you felt during the ceremony, it’s still the 2015 Red Sox on the field.

All in all it was a cool, if not a bit strange, ceremony. The crowd kinda sucked, at least on TV, not sure how it was there. But it seemed like no one was paying attention and/or couldn’t really hear what the guys on the mic were saying. There were some clear moments to go bananas. Like when Pedro said I’ve playing in a lot of places, nothing compares to Fenway. That should have gotten everyone going nuts but instead was met with little more than a golf clap. But I guess that’s what you get in the post-2004 Red Sox Nation. Some apathy, some boredom, and a lot of people who are just there to say they were there.

I don’t know, maybe they were just saving their cheers for the game (lol), but I was very underwhelmed by the reception Pedro got. He deserved way better.