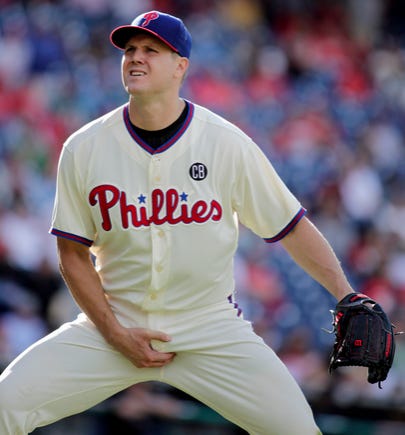 The Nationals finally acquired another top reliever to accompany Drew Storen at the back end of the pen in exchange for minor leaguer Nick Pivetta.

Pap is a 6 time all star (including this year) and brings some extra reliability to a pen that ranks just 7th in the National League in ERA (3.39). Papelbon has experience closing games and owns more than 300 career saves. This year, he’s got a minuscule 1.59 ERA – .14 points lower than now former closer Drew Storen’s 1.73 earned run average. He also is perfect in save opportunities going 17/17. Pap is eccentric and a little frustrating because he’ll take about 30 seconds between his pitches, scowl at hitters even after blowing a save, and because he has a massive ego.

If I’m Storen, I’m pissed right now. Papelbon wouldn’t come unless he was guaranteed to close, and that appears to be what happened.

Sure Storen shit the bed last October (and in 2012) but he’s having an outstanding year and didn’t do anything to lose his role. Crazy things happen in really small sample sizes and Storen’s 5.1 total innings of relief in the playoffs just isn’t close to enough to deduce that he’s not capable of performing at the highest level on the big stage. Pap, meanwhile, hasn’t pitched in the playoffs since he allowed 3 runs in two innings for the 2009 Red Sox. 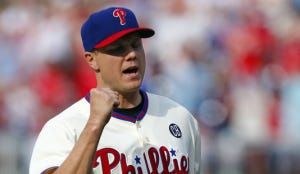 A lot of Nats fans are worried about Pap’s reputation as a me-first guy, an asshole, whatever you want to call it. What I know is he’s a top tier closer. I make this trade 10 times out of 10 because at the end of the day, he makes the team better and that’s the only real goal. Until he starts fucking up the chemistry of this team, I’m going to say we have to let the past be in the past. He’s now on a first place team with a chance to take them deep, a fresh start if you will. Storen and Papelbon back to back in the 8th and 9th is just about as good as it gets. Be scared, NL, be scared.

It would have been great if Rizzo could have worked out a trade for Chapman but that’s more because I wanted to see Chapman’s 103 mph heat, this is probably a better baseball move in the long run. Great start to the week and we’ll see if Rizzo makes any other splashes before the deadline.