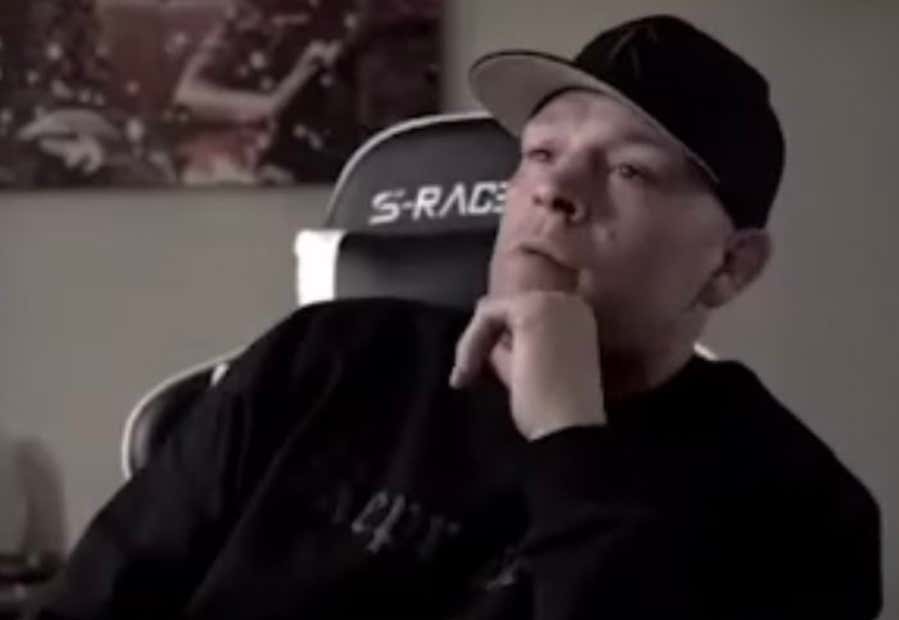 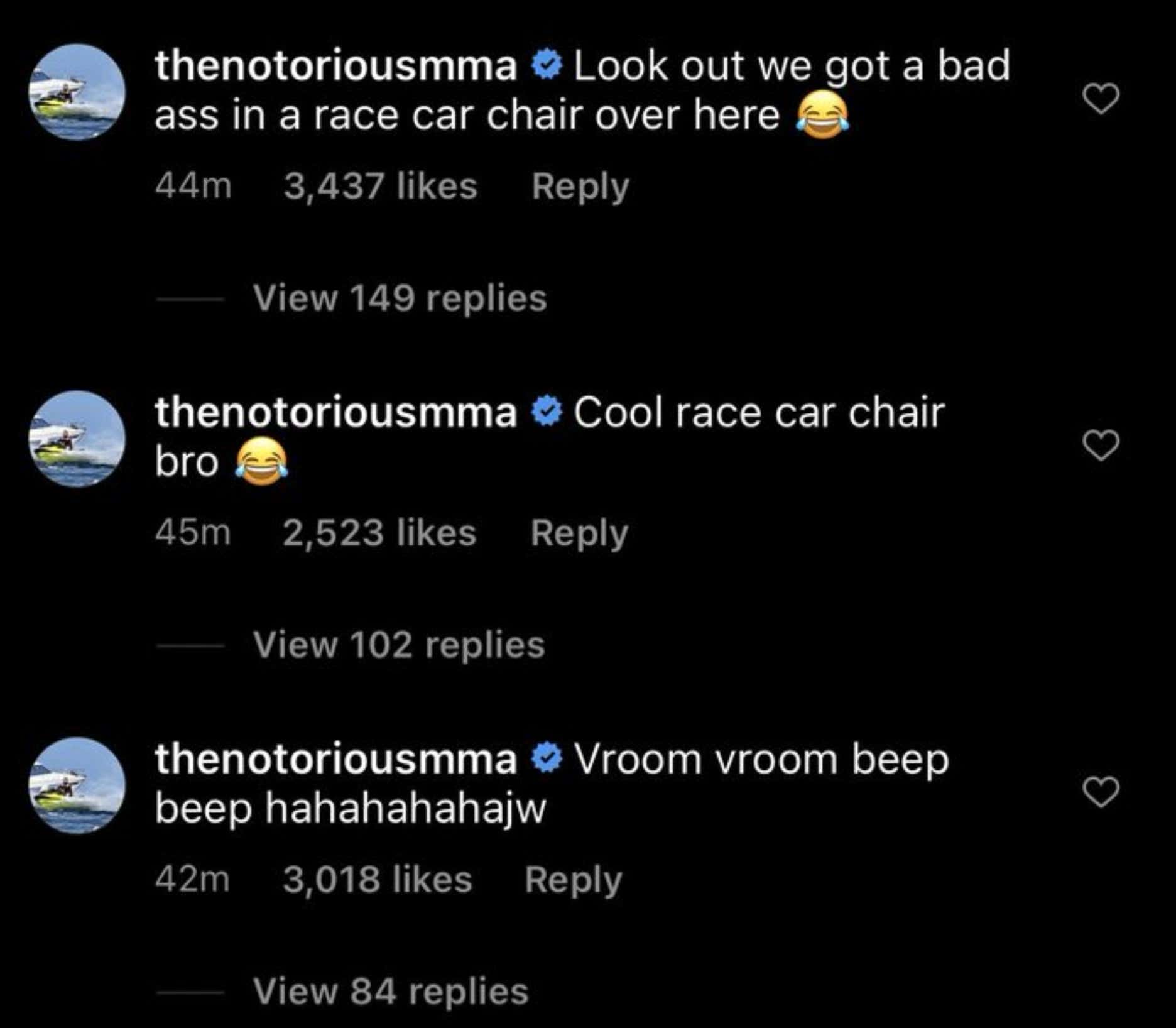 Don't get me wrong - I loved seeing that more respectful, 'Bruce Lee-inspired' side of Conor McGregor in the build to UFC 257, but getting shades of why they call him 'The Notorious' here and there is pretty great too.

I mean, the guy is just masterful in his Instagram beefs/spats….

This is the same McGregor who famously (and hilariously) roasted Nate Diaz, saying: “How can you not like him? He’s like a little cholo from the hood…..but at the same time, he coaches kid’s jiu-jitsu on a Sunday morning and goes on bike rides with the elderly. He makes gang signs with the right hand and balloon animals with the left hand.”

I'd imagine Conor was prone to get a little chippy with Nate Diaz is in the comments of this ESPN MMA Instagram post after he heard Nate display little to no interest in completing their trilogy right now, because McGregor's been getting finished "left and right":

According to Ariel Helwani, the UFC is targeting Dustin Poirier vs Conor McGregor III for May - so that's not even a fight McGregor wants - but he probably took Diaz discounting his abilities as a slight.

Nate Diaz also said he wanted to fight either Charles Oliveira or Dustin Poirier next, at 165lbs (a division that doesn't exist, he swears it does) or 170lbs, and displayed very little interest in cutting to Lightweight again….which I thiiink might disqualify him from getting those fights!

Poirier and Oliveira are guys that should be directly involved in the title picture at 155lbs at this point, and I don't know if Dana White would want them moving up right now, but who knows - maybe Diaz is a big enough draw to warrant a detour to Welterweight for one of those guys? Does Poirier want that fight bad enough where he says "I don't care if it doesn't make sense, book it?!" and gets it?!

Who the hell knows! I feel like anything can happen at this point. I stopped discrediting potential matchups/possibilities in my head when they had The Rock crown a Baddest Mother Fucker In The Game Champion in the center of the octagon at Madison Square Garden - but I digress.

Conor saw that gaming chair, probably had no idea that it was a gaming chair, and fired off three comments in three minutes that cracked me up.

I can't wait for these guys to run it back, even if they're old and worn out and they do it in 15 years…. 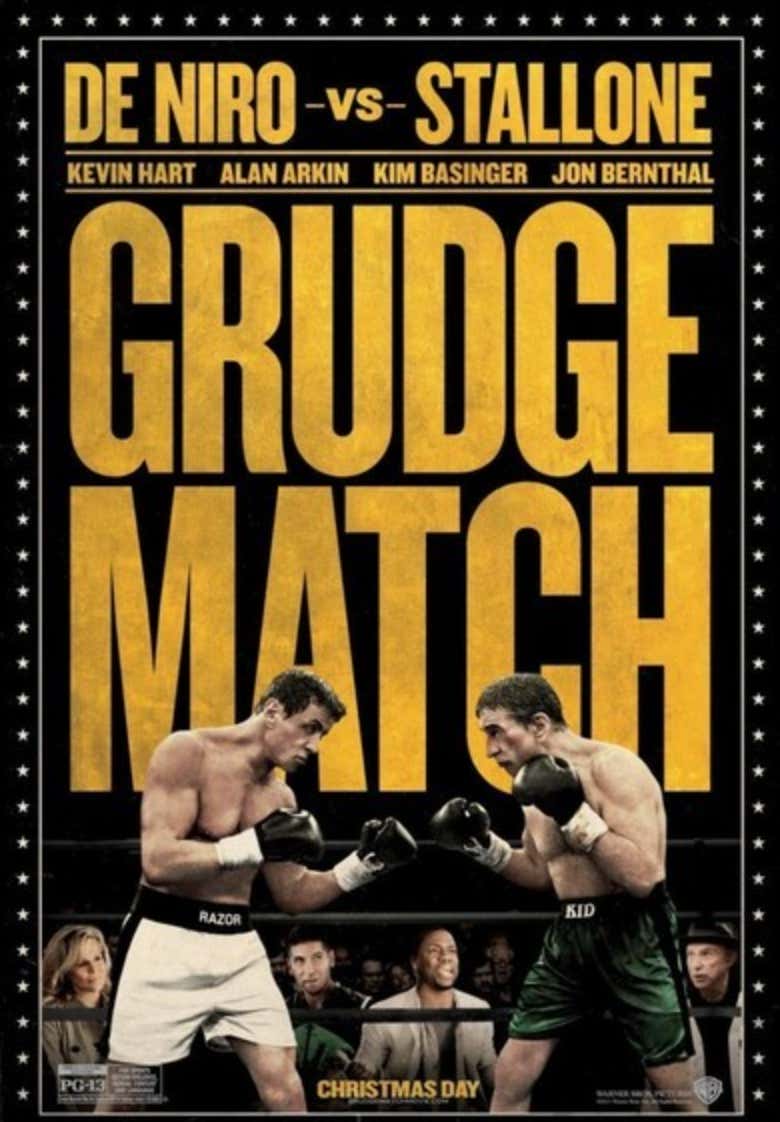 I definitely hope they do it sooner than later, tho, being Nate already has no idea what month he's living in…. 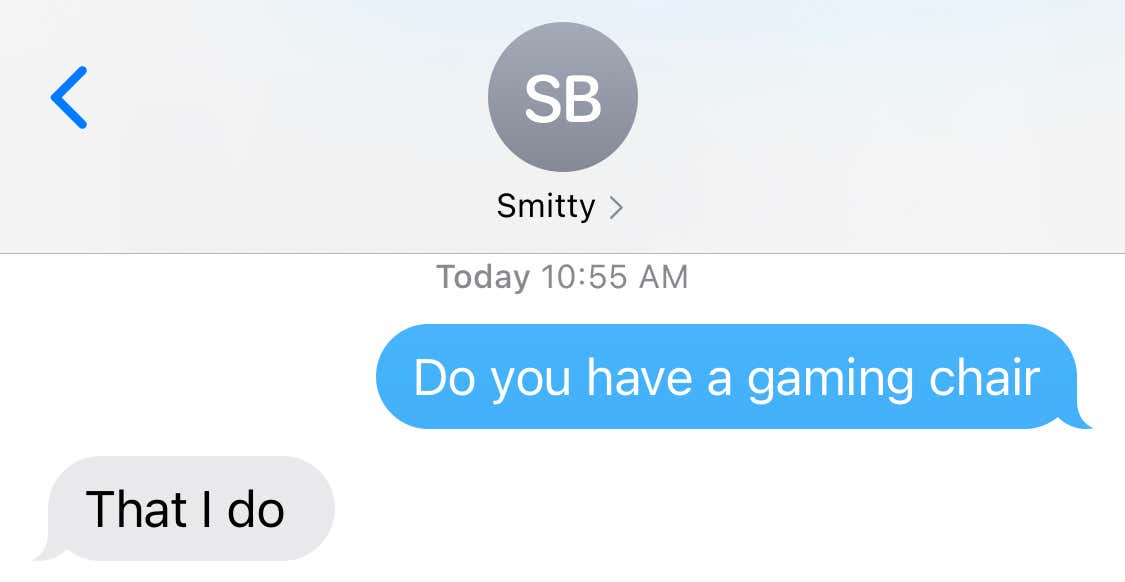