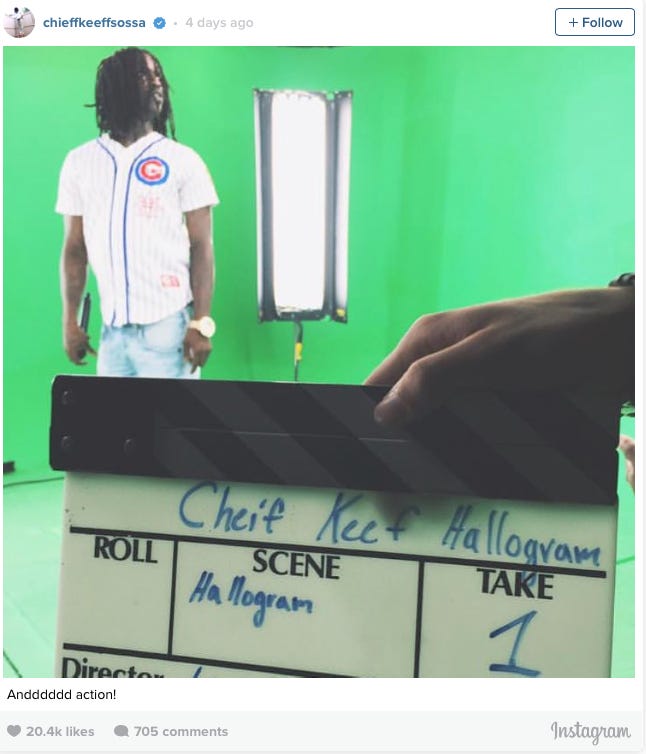 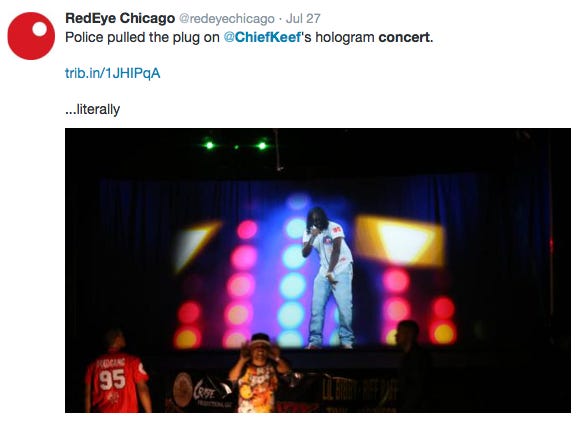 I’ll tell you what, whether you agree with Chief Keef’s politics or not (I don’t even know if he has any) you have to respect a man taking charge of a situation. Cops shut down your hologram concert? You can either cry and whine or you can run for Mayor and take over the entire City of Chicago. Does it matter that we just elected a Rahm to a new 4 year term like last week? Nah, I’m sure this will stick and Chief Keef will still want to be Mayor next time around. Just throw it into your google calendar as a quick little reminder in about 40 months “Be Mayor of Chicago” and take back the City for fucking over your hologram concert.

Quick question though, because Chief Keef actually lives in LA now. Are we electing the Hologram or the actual Chief Keef? Kind of an important distinction right? I would vote for a hologram Mayor in a second, don’t care what your qualifications are. Holograms are the future, adapt or die Chicago, adapt or die.