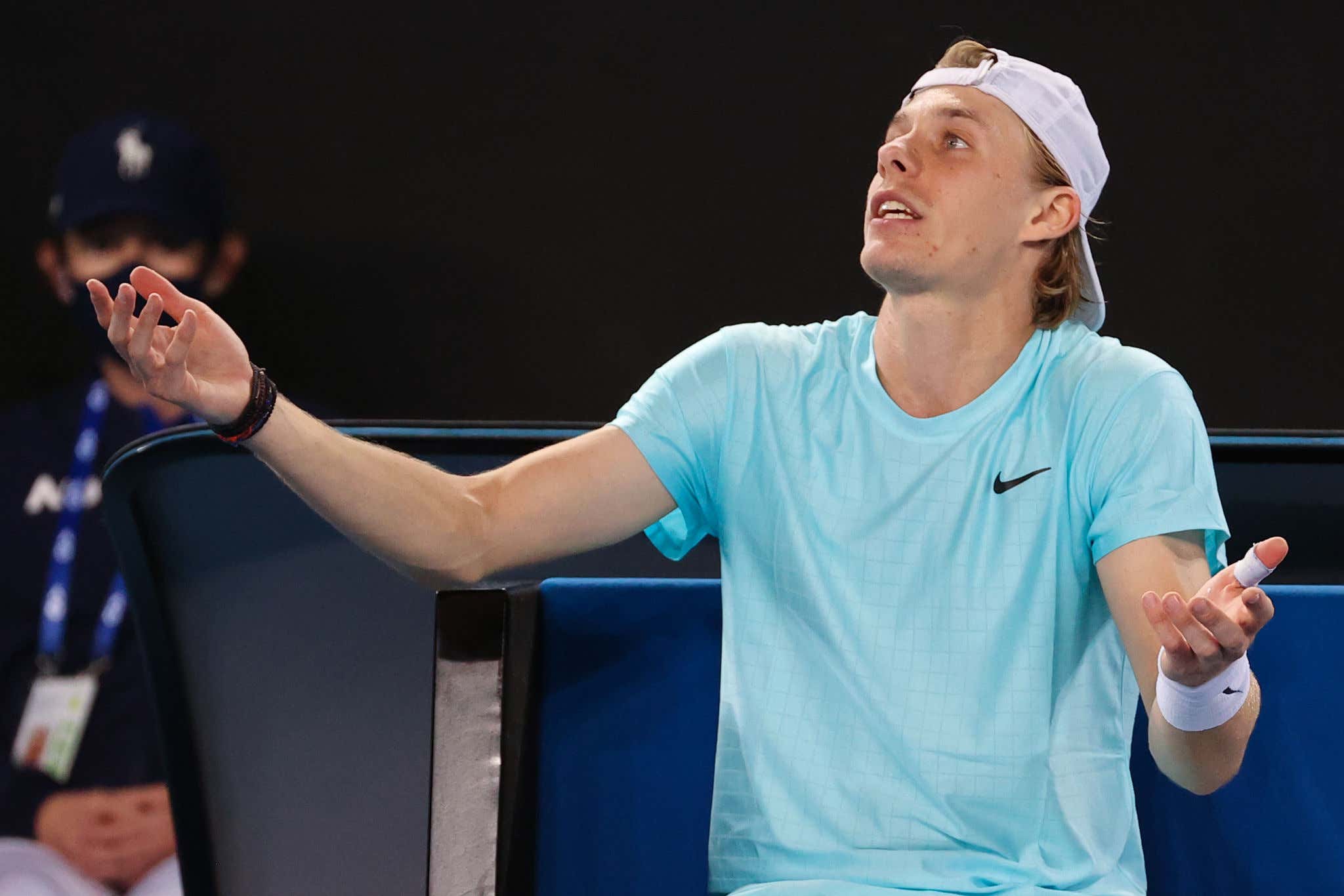 By far the best match of last night's opening round of the Australian Open came between Canada's Denis Shapovalov and Italy's 19 year old phenom Jannik Sinner. The players went toe to toe for a five set thriller that saw the Canadian sneak his way on by. If you aren't familiar with these guys yet, get on it because they are AWESOME to watch.

As the match headed to a deciding 5th set Shapovalov called the trainer and went to use the bathroom. When you gotta go, you gotta go. You normally have a few minutes in between sets so this seemed like the opportune time to do his business. Well, because tennis has some of the dumbest, most head scratching rules in sports, Shapovalov was not allowed to go. Why? According to the rules, a player who has called a medical timeout cannot leave while waiting for medical help. Insane. It's quite literally one of the dumber rules I've ever heard of. I mean what sense does that make? Dude has to go pee, let him go he'll be back in literally one minute. He even said if the physio showed up you could start his time allotted for that too. Denis was speaking logically here amidst his frustration, exposing the rule for how idiotic it is.

The time the umpire took to talk to Shapo here, the guy could've been back from the bathroom already. So stupid. Not exactly the head chair umpire's fault, but more the rule itself. I kinda wish he grabbed a towel and put it over himself and pissed into a bottle. Or better yet just piss yourself Piss Dawgs style. Still one of the funniest videos I've ever seen.

But yeah I wish he just made a mockery of the rules and situation. When the bathrooms were full at Barstool HQ 2 Big Cat would just piss in the sink. Adapt to the situation brother! Shapo had the right idea, just needed some balls to go through with it and take a stand for what's right. Next time.

Shapovalov continued to rant, received his treatment, held his bladder, and went on to win the match in 5 amazing sets.

Shapo is incredible to watch, he just goes all out way too much. He tries to hit every shot 400 mph. Most of the time it's incredible, but the reason he's yet to reach a slam final yet is because sometimes he over hits and fucks himself up. Granted, he's only 21 years old and is about to enter his prime shortly so there's plenty reason he'll take the next step sooner rather than later. Maybe this is the tournament? I'm a big fan of his, I hope he makes a deep run. As for Sinner, this guy is going to be a problem in 2021 and many years to come. Dude is just 19 years old. He tired out a bit in this one and I blame that on his deep run in a warm up tournament last week. He won that, but maybe it took his energy that he needed to save for the Aussie? Anyways, you'll be hearing plenty of these two in the coming years.