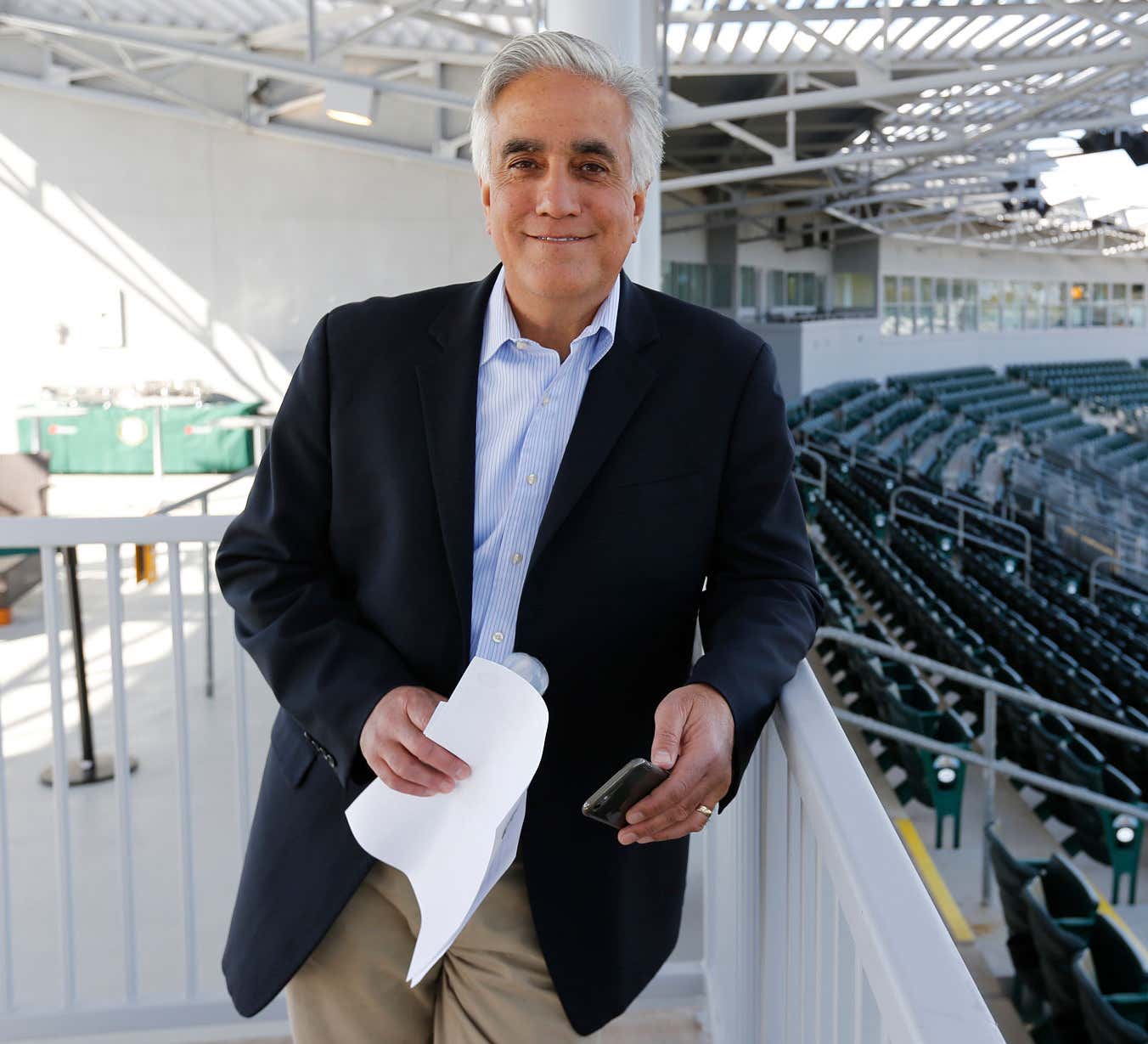 Some really sad news broke last night as long time baseball reporter Pedro Gomez unexpectedly passed away at the age of 58. From what I'm reading it seems like a sudden heart attack, but nothing has been confirmed yet. Just devastating at such a young age. Same age my old man passed away. Brutal news for Pedro's loved ones and the baseball community which all seemed to really appreciate this man. He was tweeting yesterday! Death has no schedule, no appointment book, no convenience. You really never know when your time is up and that's what it makes it one fucked up mystery. All you can do is make the most out of everything each and every day, as corny as that may sound. and hope when its time you have as little regret as possible. You can really get a sense for how respected this man was when you see how many people come out on Twitter to pay their respects. Here's a few….

For me, I know Pedro Gomez as the Barry Bonds guy. When you woke up as a kid on the East Coast and caught the AM SportsCenter before school you knew Gomez was going to tell you if Bonds blasted another homer the night before and how much closer he was to setting the record. Those two were synonymous with each other in my brain.

His tweet about a sandstorm in Arizona when he typed baboon instead of haboob is an all timer. I remember actually thinking a baboon caused all the power to go out for 5 minutes. One of the best autocorrects maybe ever.

Howard Bryant told an awesome story about Pedro in this Twitter thread below that speaks to the kind of man he was. It's a little long but I think it's an awesome tribute to close out the blog. RIP Pedro Gomez. 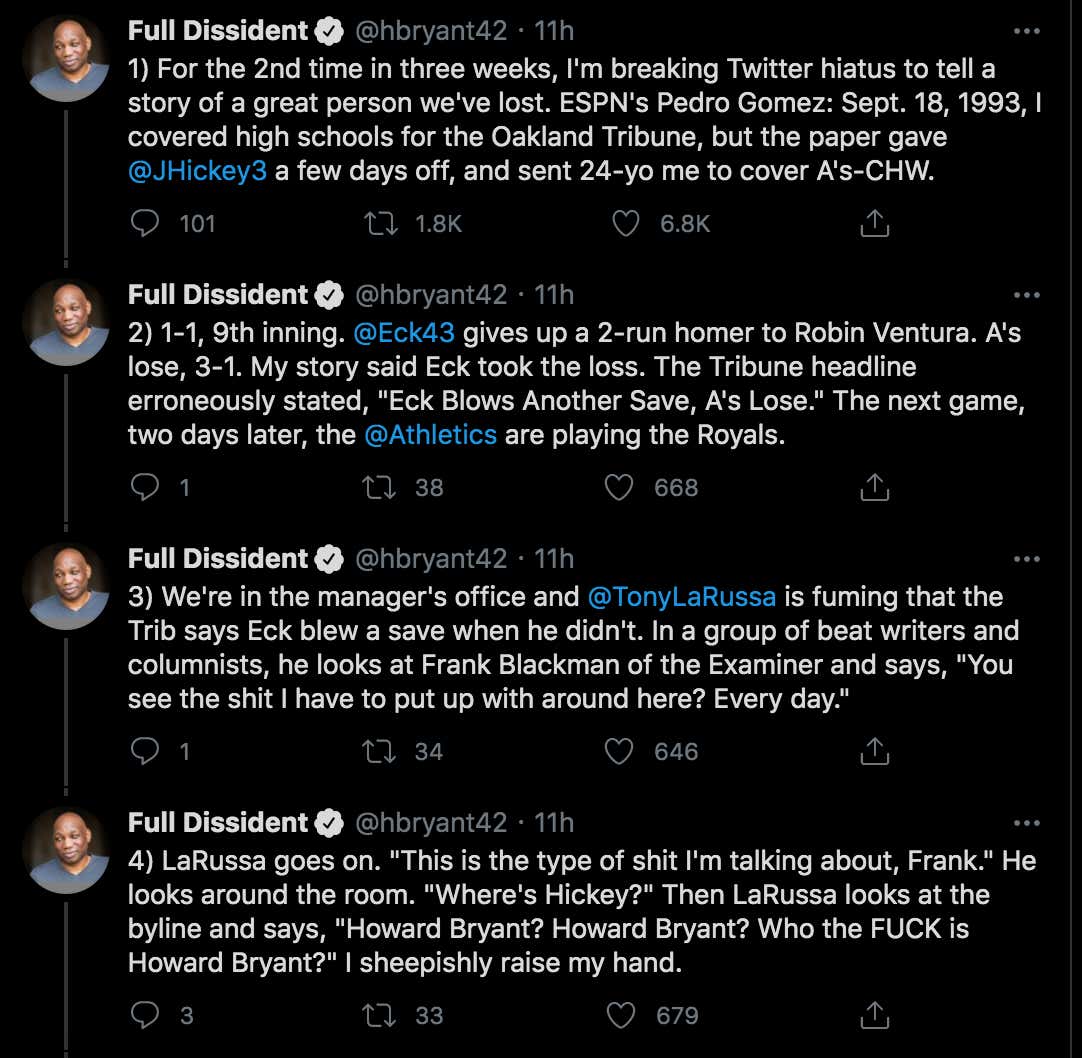 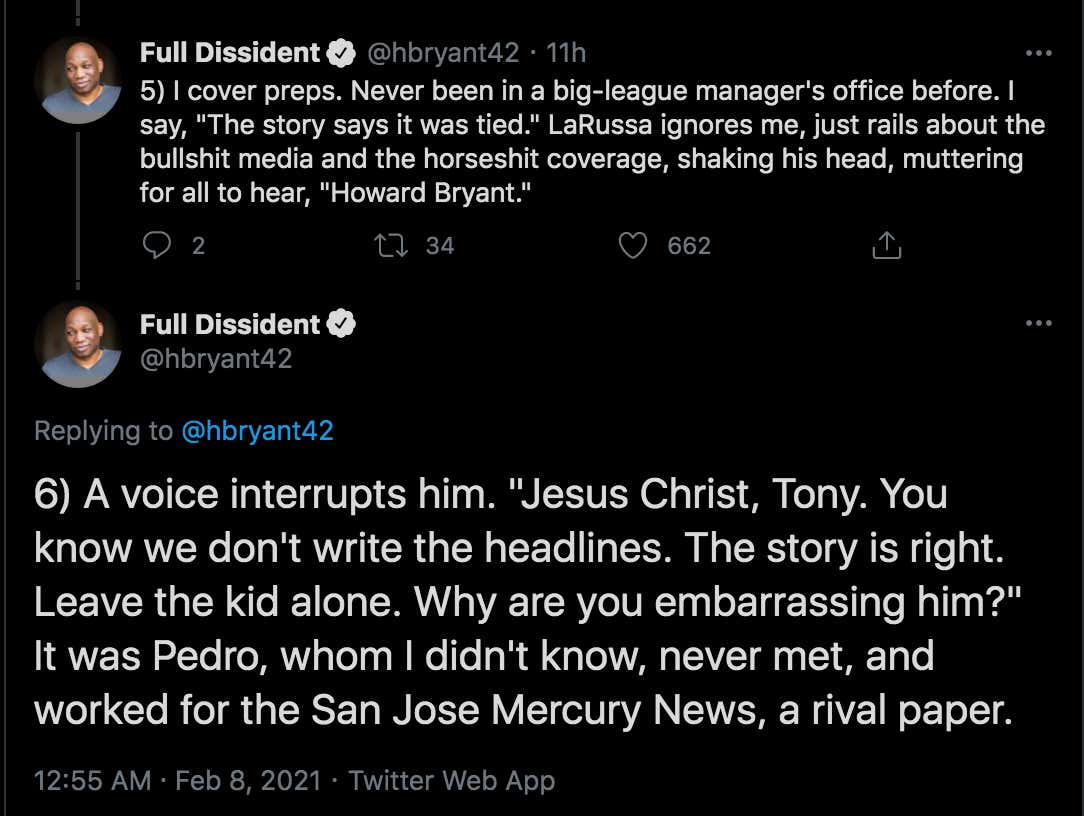 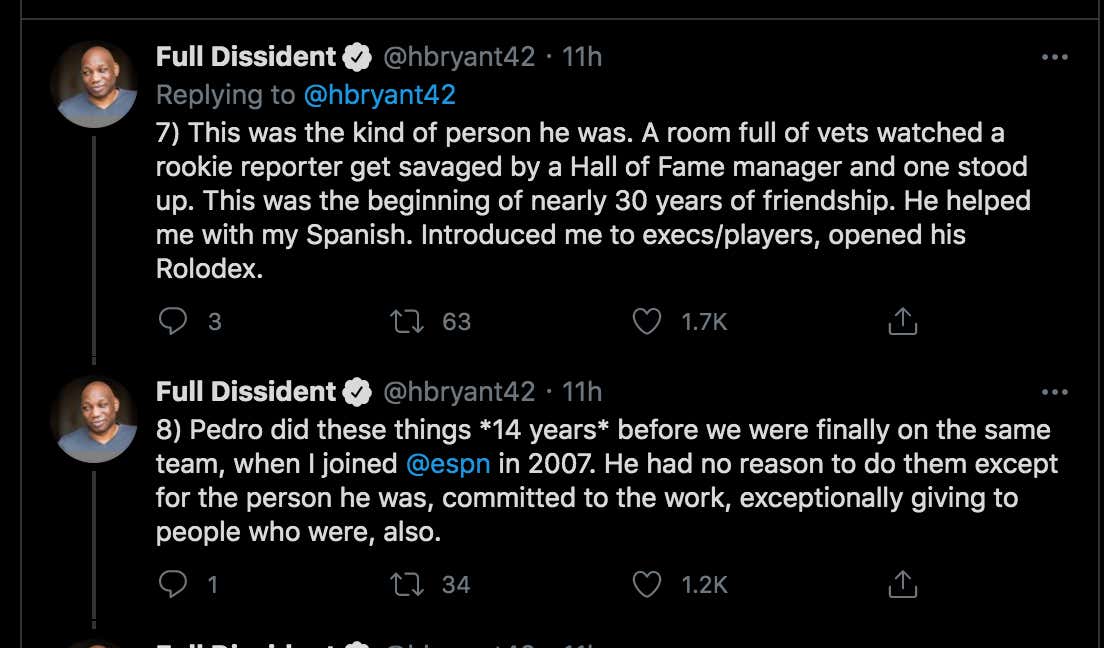