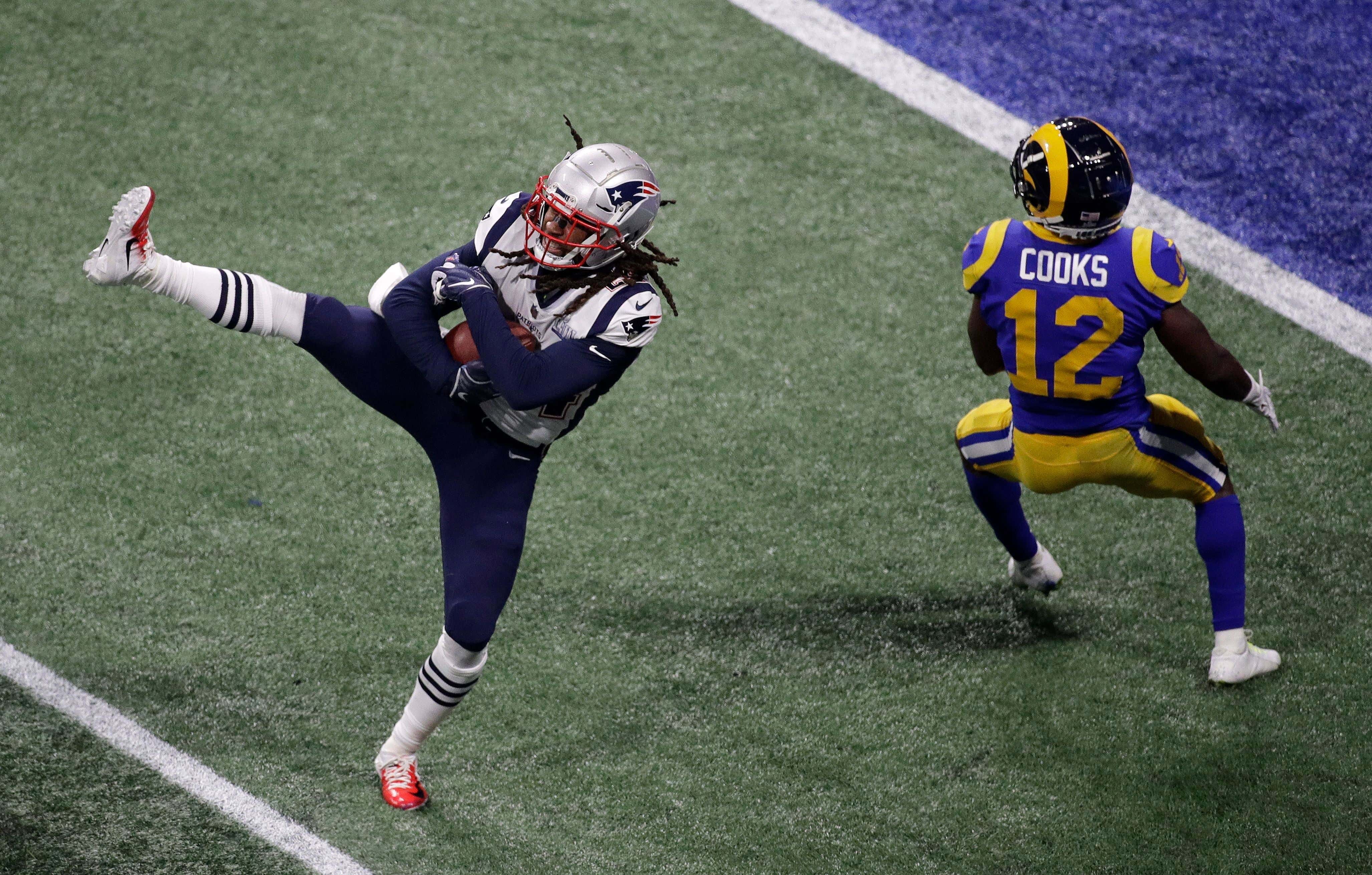 Speaking strictly for me, but maybe for a lot of Patriots fans, I've spent the last 12 or so hours hoping that maybe the 2020 season was a form of penance. The football gods' way of making us pay for the last 20 years. That having it end with Tom Brady have the easiest time of his 10 Super Bowls, throwing touchdown passes to two former Pats who left Foxboro filled with bitterness and resentment, was a way to maximize the degree of suckishness. Rock bottom. The worst case scenario possible, so that we can get this great karmic debt marked "Paid in Full" as quickly as possible, start the rebuild and get back to the way things used to be.

Obviously, there are a lot of reasons why someone would delete all their social media accounts. Many of them a positive sign of robust mental health. Social media is a petri dish filled with subhuman bacteria that never stops reproducing. All the worst traits people can possess, all hidden behind an avatar. Animosity mixed with anonymity. Which has never not brought out the worst in people. As Adam Savage once put it, reading what people say about you on the internet is like cutting yourself. Talk to anyone who's stopped interacting with all us 1s and 0s online and you'll invariably find someone who's happier, healthier and more content with the world than they've been since before they engaged with the online droids.

But this feels like something else. And it's not good as we find ourselves in Day 1 of the unofficial start of the 2021 Pats season. I feel like Matt Hooper when the shark goes under with three barrels and they're all just staring at the water and he turns to Quint and nervously asks, "Have you ever had one do this before?"

In Stephon Gilmore's case, there's been a lot of him swimming under the boat over the last year. Kind of sort of reportedly hinting about a holdout until he leveraged a new contract. Putting his house on the market just before the trading deadline before quietly taking it off the market afterward. He's under contract for another season and has the highest cap hit on the roster with $16.264,584. But there's been so much noise around it, it's hard to imagine he'll just simply show up to camp, business as usual, and play out the string.

If you'll allow me an Boston sports comparison, Gilmore's situation has felt like Jacoby Ellsbury's did for about his last three years in Boston. Where it started to dawn on everyone that he was here only for as long as he could get out of here. Ellsbury was Ryan the Temp, who was always looking to go to corporate. The major difference being that Ellsbury was a mostly good but often injured player who the Yankees regretted signing. Stephon Gilmore is nothing less than the best player on the post-Brady Patriots. (That's how we have to discuss this team. Looking at ourselves any other way is like living in western Asia in the 1100s B.C. and not admitting we're in the post-Bronze Age era and life is about to get shitty.)

Yes, Gilmore had a down season. He was whacked by Covid in October, had to sit out a game as the team had the worst couple of months since 2000. He finished the year on IR. When opposing quarterbacks targeted him they had a passer rating of 96.7 and no less than 45 cornerbacks were better. Including J.C. Jackson, who at 62.7 was fourth best in the league. And Gilmore's numbers reflect the fact he's still getting assigned solo coverage on every opponent's WR1. And the season before he was among the best players in the NFL at any position.

So yeah, if you're looking for signs of hope, flowers blooming in the snow to make you think maybe this endless Narnia-like winter that's descended upon us is coming to an end some time soon, having your best player sudden drop off the grid isn't it. Especially the very day after the other best player on the 2017-19 Pats teams just embarrassed the franchise with his own post-New England success. Maybe this is nothing. But I can't shake the feeling it's everything. And this rebuild will have to happen without yet another superstar. That is not good.