Source - The same day an avalanche in Utah killed four skiers in Salt Lake Valley, another one about 200 miles east swallowed up a pack of snowmobilers ... who lived to tell the tale.

Check out this video that was captured and shared Saturday somewhere in the Uinta Mountains in northeast Utah ... where four to five guys in snowmobiles were riding around on the side of a mountain, when all of a sudden they felt the ground below them rumble.

Holy-fucking-shit. I genuinely cannot imagine what was going through those guys' heads when they realized they realized they were about to be buried alive. The fear, the dread, the inevitability of it all- what a nightmare. The fact that everyone survived is a miracle. Especially considering they only had six seconds from when it started to when they were buried. What would you do if you saw this coming at you and couldn't get your sled started? 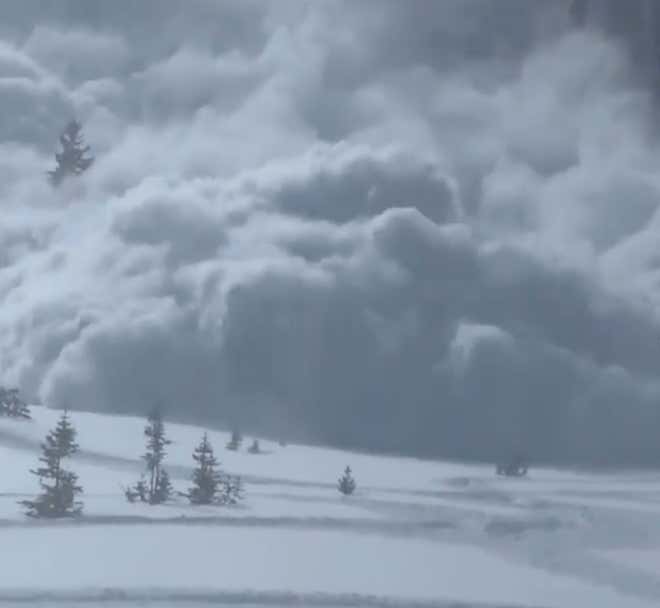 Pray? Cry? Shit yourself? A combination of all three? Mike Penrose, the guy who filmed the video, posted this caption on Instagram describing the ordeal which was almost worst than the video itself…

PLEASE SHARE!!!! Today we were riding in the uintahs, the snow was great up high and it was finally feeling like we had some base. I have been riding sleds in this particular area since I was 8 years old. I am very familiar with the area. My brother and I were playing on the side of a hill in the a tree area where have have ridden 30-40 times in years past.. (Right side of the video). We had 3 other friends and one younger below in the flats. As I finished recording my brother playing in the pow, the mountain shook. My original thought was… earthquake. Than it it me, avalanche. As I turned and looked up I could see the snow wave coming. My brothers back was turned and I screamed avalanche as loud as I could. Now here comes my mistake #1. I pulled my klim avalanche backpack and boom, nothing happened. I hadn’t turned it on. A second later the snow hit and the swimming started. Somehow I only moved about 20 yards and stayed on top of the snow (MIRACLE) . Only being buried to my lower chest I dug myself out. My little brothers sled was running and I could hear the yelling on the radio. I could hear someone in the trees, but I couldn’t figure out where. I ran to my brothers sled and turned it off. I now could hear him screaming my name. Mistake #2 had I not been able to hear his voice I would of been lost. My beacon, probe, and shovel were all in my backpack but I would of had no clue what to do first. Let me tell you There is no worse feeling than having your little brother buried. I followed his voice and saw the top of his black helmet and his voice and started digging. About 60 seconds later I had his face uncovered. He was okay. Than came the radio chatter, where is everyone at? Was everyone okay? We didn’t realize it but the avalanche had also triggered even bigger on the other side of trees where we were. My youngest brother was able to out run it so was one of our other friends. Our 2 other friends both got hit with the wave on the FLATS. Craig and his sled were both buried. Craig got his shoot off in time, which ultimately probably saved his life. The person filming (Nate) was buried to about his face and somehow was able to hold on to his phone.

^^If I were him I'd go get myself a lottery ticket STAT. Look at these photos of the aftermath…. 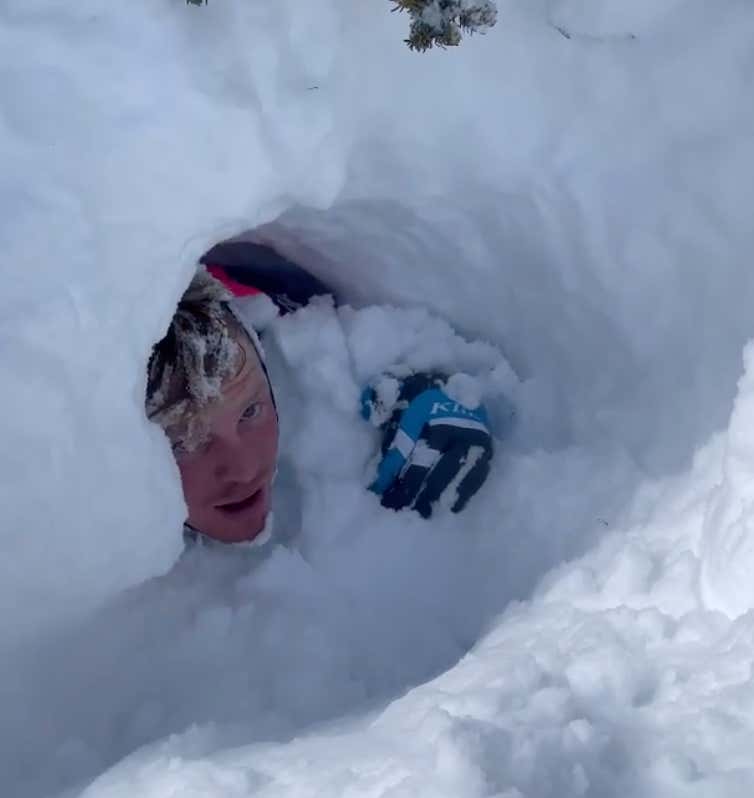 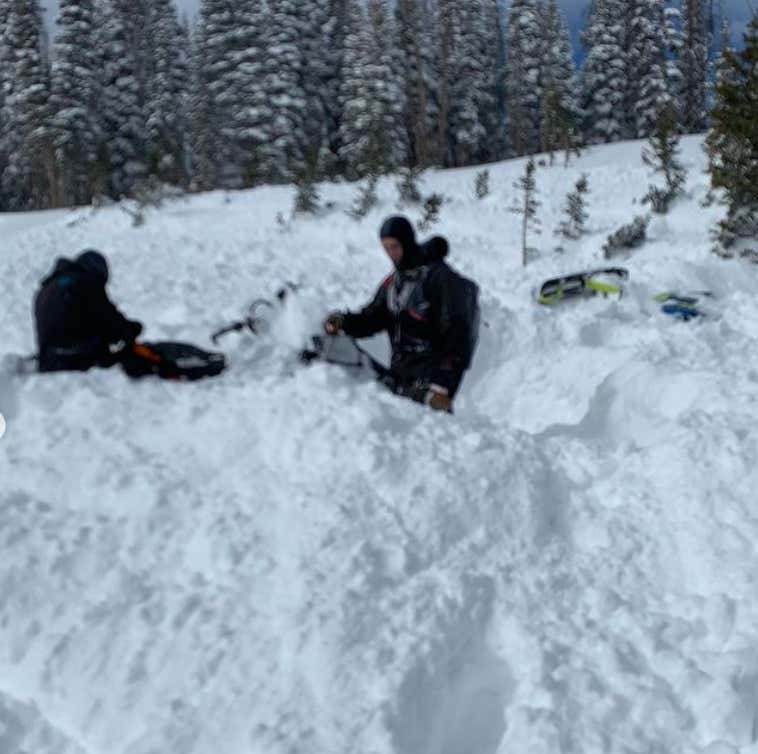 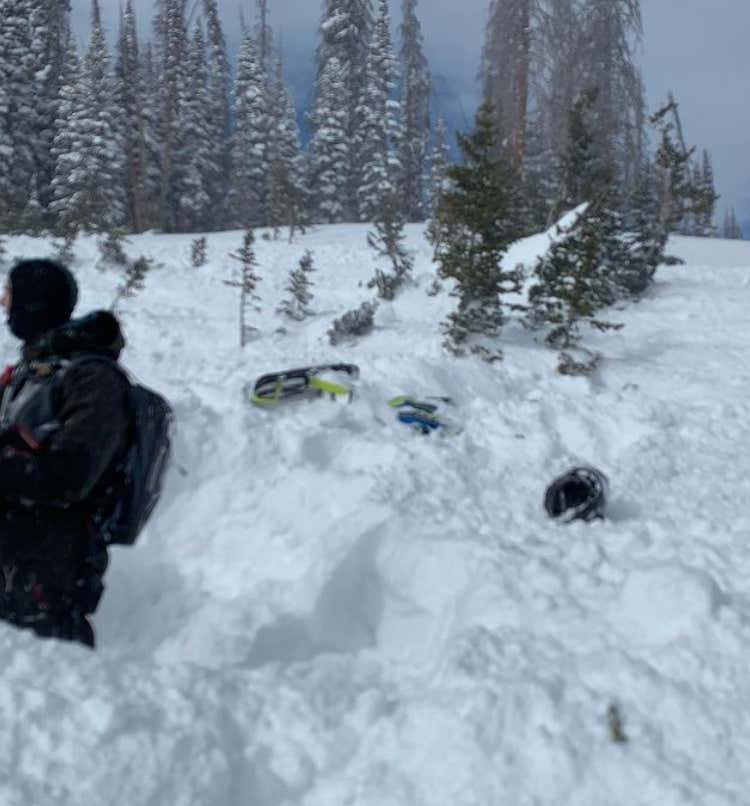 I don't even know what else to say other than the fact that I will not be going snowmobiling anytime soon. That's it for this one. Stay safe out there, friends.