So I am fully aware that I am late to the party on this, but as I mentioned on Saturday, I've never seen Remember The Titans.

As a result, I wound up taking my whole family to a 3 o'clock showing on Super Bowl Sunday.  The theatre was 100% empty except for the 5 of us. 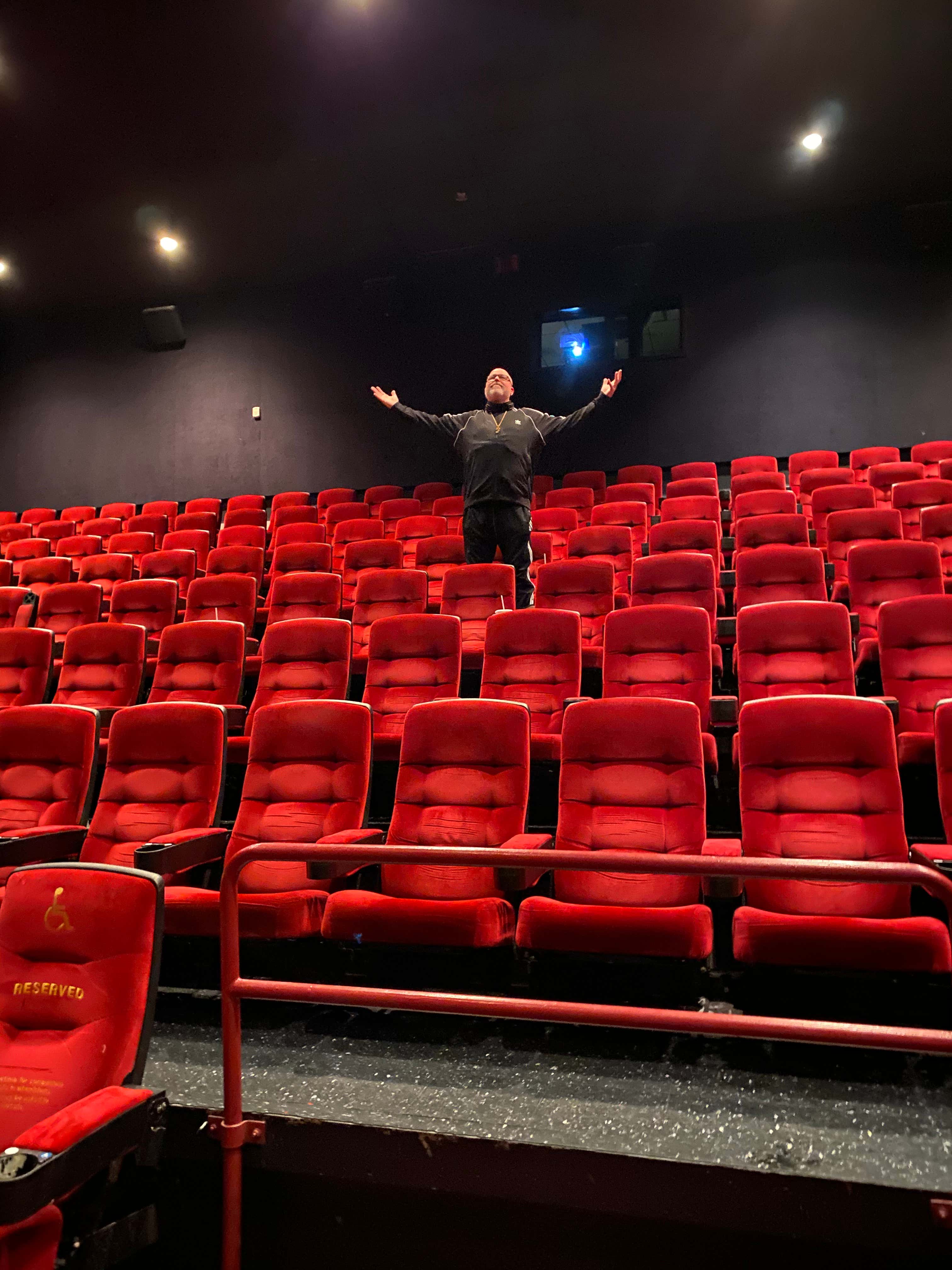 There was no line at the concession stand so we breezed through getting sodas and corn, and we each snuck in a sandwich from a local deli… Shoutout to Wilkes Family Deli in Ridgewood, NJ.

I am just going to say it- Remember The Titans wasn't my favorite movie of all time… Hell, it probably wasn't even my favorite football movie… But it was the perfect family movie to see pre-Super Bowl.

And I think my experience was better than that of the average Joe because I had the distinct advantage of reading every single comment on both the blog I wrote Saturday and the responses to my Twitter post.  And all that feedback slowly made sense as the movie went along.

First off, someone named subterfuge wrote, "People forget Ryan Gossling was an absolute liability in man coverage.", and he was so fucking right.  Gosling was dogshit, and for the first time ever, he was only the second best-looking actor on screen.

(And if you are going to sit there and tell me Sunshine wasn't absolutely gorgeous then I think we're done here.)

Speaking of Sunshine, Spaceman1 commented, "Good movie and as a side bonus, you will understand why people call Trevor Lawrence 'Sunshine'.", and now that's all I will call Trevor Lawrence going forward, even though Trevor's face looks like he may have grown up in a house with lead pipes.

nlittle03 and djones8487 and a shitload of tweets mentioned, "Left side!… Strong side!", and now I get it.  So much so, I yelled it at my 13-year-old when we were on the escalator leaving the empty theatre.

thebigtoe wrote, "This movie is a C+ and you’d be a lunatic to watch it on your own. It’s a very solid B to watch with your family. I’d say watch it at home unless you’re itching to get out."... I only partially disagree with toe here.  In a vacuum, this movie is a solid B, but as a family film, this is an A.

I don't know if you remember how uncomfortable it was watching a movie with your parents and a nude scene popped up.

Well, it's just as embarrassing being the parent and the same happens.

So if I can have a handful of kids at a flick that is both enjoyable AND devoid of full-frontal, then that film gets extra credit in my book.

Conversely, if I am without kids and late-nite Telemundo decides to let a random Puerto Rican tit pop out, then, "Mucho gracias, Señor Directore."

And before I move on from thebigtoe, the number of people who reminded me I could watch it at home was staggering… I know I am old, but I fully understand that we have the technology to watch movies at home now.  I like going to theatres, especially when they are empty, and I just felt like doing something benign with my wife and 3 kids.

NaplesNick commented, "What about Ricky Bobby next weekend?"… And I assume he means me plopping down to watch Talladega Nights before the Daytona 500 on Valentine's Day which is a top-notch idea.  But if I want to stay with the theme of seeing movies for the first time, I might actually download (not see in theatres) Days Of Thunder… Might be one of the few Tom Cruise 'vehicles' I haven't watched, and I can't remember if fans and critics thought it stunk, so I would be going in refreshingly blind once again.

ryanrjg wrote, "The actor who plays Gerry is also Opie in Sons Of Anarchy.", to which notadoctor123 immediately replied, "And a deaf soldier in Saving Private Ryan." To which I would add that Ryan Hurst also played Beta in the last 2 seasons of The Walking Dead.

And that brings up another thing I found watching this old-ass flick… I believe the movie was infinitely better seeing it 21 years after it was released.

Marveling at how little or how much each of the actors has changed since 2000 was an interesting nuance to explore when the movie lagged.

Yelling at the screen that the guy from Scrubs has hands like tits, or commenting how Avon Barksdale was too busy tapping that ass to go hang out with his soon-to-be paralyzed buddy was a luxury you guys didn't have in 2000.

Shit, I almost forgot that I interviewed the lovable fat guy from Titans, Ethan Suplee, just a couple of months ago.

He's lost a ton of weight and is pretty jacked nowadays…

This brings me to my final point… One that combines 2 commenters PLUS my luxury of historical perspective.

Jimmyy wrote, "Great movie however Coach Yost's daughter is super annoying.", to which strapping_jocks immediately replied, "That's the now-smoke, Hayden Panettiere."… Again, I agreed with the comment page here.  Hayden's character of feisty-tomboy-coach's-daughter was extremely annoying, but I took a little solace in knowing that only a few short years later that little girl would grow into a petite woman who would be consistently horse-pounded by a gigantic Klitschko brother.

And I will remember that image as much as I will any other Titan.