The NBA version of Sharks and Jets here. In one corner you have the crew who I assume all spent time in Austin wearing sweaters and button up shirts. In the other corner, the t-shirt and jeans crew and I believe a jersey spotted in there. This is what you get in the upper deck though. You don't just show up to a Rockets/Spurs game without expecting a fight.

Listen, I'd love to sit here and lecture these group of guys about fighting, especially when you're a limited number of people that are even able to attend a game right now. But, there's something I've learned during this whole thing. You don't want to fuck with crazy. If you're getting in upper deck brawls during a regular season NBA game in February, you're crazy. That's a hard, fast rule right there. So instead I'll watch the random kicks like these dudes are in the octagon. I honestly do love that we have the completely different outfits here. Just hope that one crew were Rockets fans and the other were Spurs fans. The good news is we got it from a separate angle too:

I'll say it. The camo Olajuwon jersey SUCKS. How do you not wear or own one of the best looks ever for a jersey? The retro Rockets jerseys were fire: 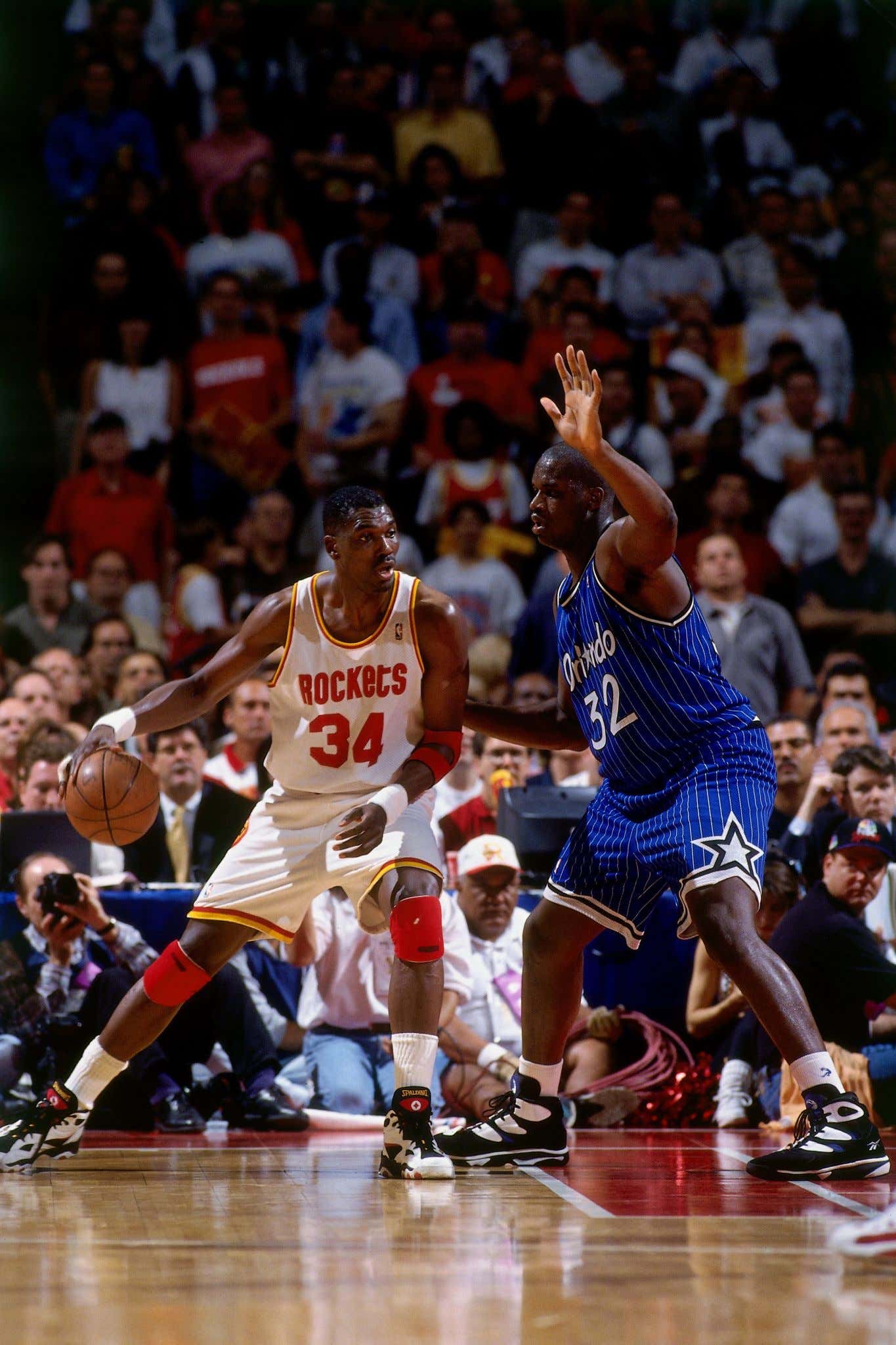 Think we can come to the conclusion there are a couple big time losers here. First, the guy in the zip up vest. A couple shoves and then running and hiding. Come on man. You have to COMMIT to a brouhaha in the stands. You can't run and hide. Then there's the guy in the all white. He's throwing haymakers. He's committed. But he's less accurate than Frank the Tank's gambling. Learn how to connect one time for me.

Who gets this fired up for a Rockets/Spurs game in February? Save this for the playoffs fellas.