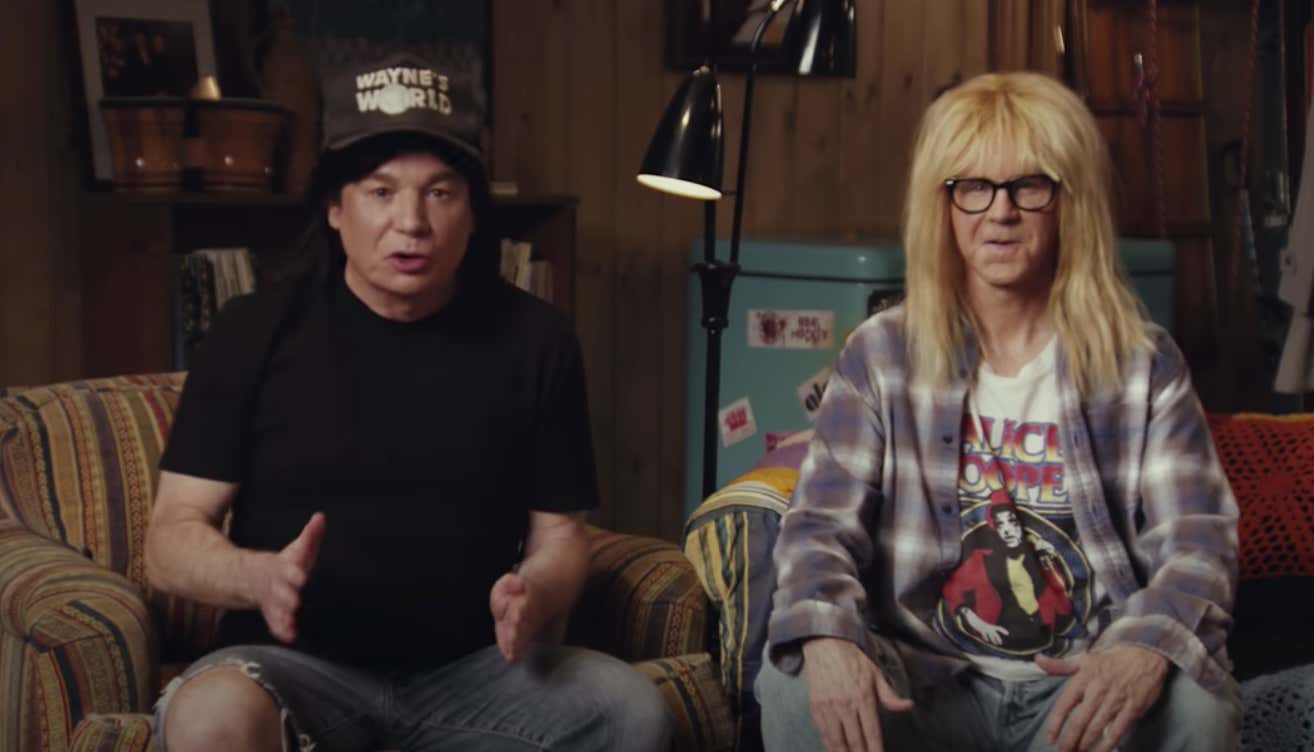 Last night during THE BIG GAME!!! we saw our yearly new batch of wacky commercials that brands labor over for months to craft the perfect ad that will live forever in Super Bowl lore. Unfortunately for them though, today I cannot remember a single commercial due to the plethora of fried foods and alcoholic beverages I consumed, besides the Wayne's World commercial. Now, until I just looked it up 15 seconds ago, I didn't know what it was for (Uber Eats) but remembered there was a Wayne's World commercial because I sent out the follow tweet after it aired:

What a great question that I'm genuinely curious about. I grew up watching old SNLs and following the careers of alumni, my favorites always being Mike Meyers and Dana Carvey. Mike Meyers obviously went on to have a successful film career with the criminally underrated Austin Powers trilogy, but his OG movie franchise is of course Wayne's World, but do kids nowadays even watch it?

Wayne's World is truly a cinematic masterpiece. It's not quite Tommy Boy levels of top tier comedy genius, but it's still magnificent.

I think Netflix is great. One of the best innovations in the history of the world. But there was something to be said about walking the isles of Blockbuster, looking for the VHS you wanted to rent. Or walking the aisles of Best Buy, wondering what DVD to get, reading the back of boxes, seeing what bonus features they had. And that's how I found so many of my favorites. Now I worry the classics of yesterday that aren't shown on repeat on television like a Wedding Crashers or Old School, movies like Wayne's World, like Cable Guy, or even Ace Ventura, get forgotten by the new generation. Are 12 year olds sneaking viewings of Happy Gilmore before their parents get home from work, or are they too busy on the Tik Tok and SnapFaces to care? It worries me that we are in the middle of a culture change and there's nothing we can do to bring our old favorites with us. And I suppose, as they say, I guess this is growing up.