One of the year's great traditions is trying to figure out how much egglant parm Vindog squeezes into the oven. And as he says in the video - it's a down year. Everyone knows that about the last 12 calendar months. Been hard on everyone but especially the eggplant parmesan crowd. It would be uncharacteristically selfish to guarantee a personal record under these circumstances and obviously a guy like Vindog knows that. It's the kind of natural, ever present humility you can only hope your snot nosed little brat kids one day carry. For Vindog it's purely second nature.

That said, I absolutely gasped when the total poundage was revealed. SPOILER PICTURE in bound 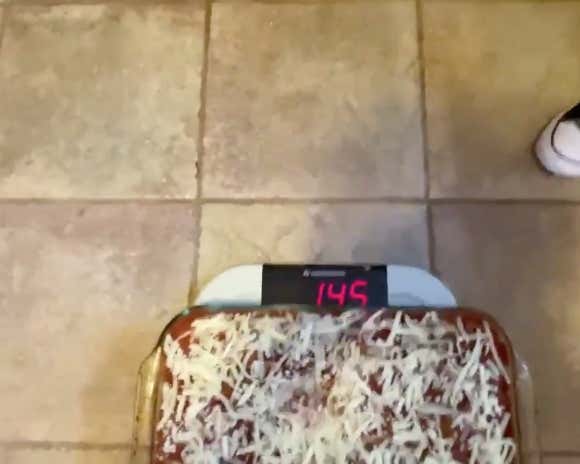 Even on a down year.

FOR MORE ON VINDOGS EGGPLANT PARM: