I don't know the exact moment it started, but I'm so glad we're finally getting to watch these guys find out the moment they made the Hall of Fame. Also the fact it's given us David Baker, who at 6'9", 400 pounds is essentially Santa Claus without a beard and without toys. The man just loves surprising people and telling them they made the Hall of Fame. Not a bad gig! Think about it, the moment someone sees you, you're dropping good news and people are actually pumped to see you. No one is pissed to see David Baker. He might be the only person in the world that you can say that about.

But back to this exact moment, I love the pause by Woodson. Feel like sometimes it gets lost that these guys worked their ass off to be not only professional athletes but the elite of the elite. Just feel like every time we watch one of these, that moment is all over their faces. The look right here sort of says it all for me 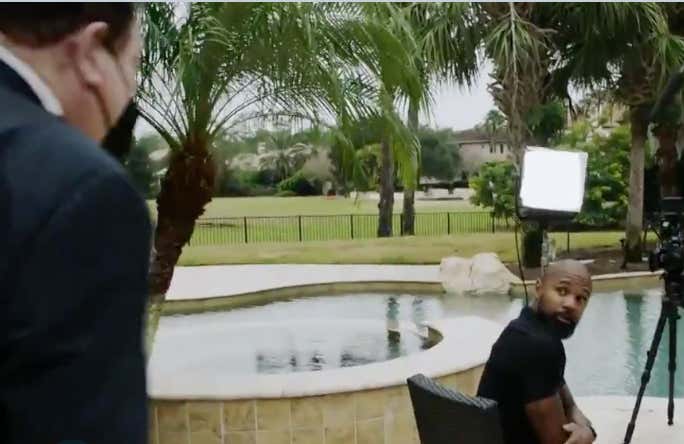 Charles Woodson was so cool, scratch that. He still is so cool. The voice, the clothes, the fact he's now in the Hall of Fame. Also this is one of the first classes that was my holy shit I'm old moments. Calvin Johnson, Peyton Manning, Charles Woodson. Those guys just retired. I can remember watching not only their entire career but their collegiate career. Shout out Woodson for winning the Heisman over Peyton and pissing Tennessee fans off for eternity. Will always have a special place in my heart for that guy.

Perfect way to start off Super Bowl Sunday. Get the food going, drinks flowing and have a damn day.