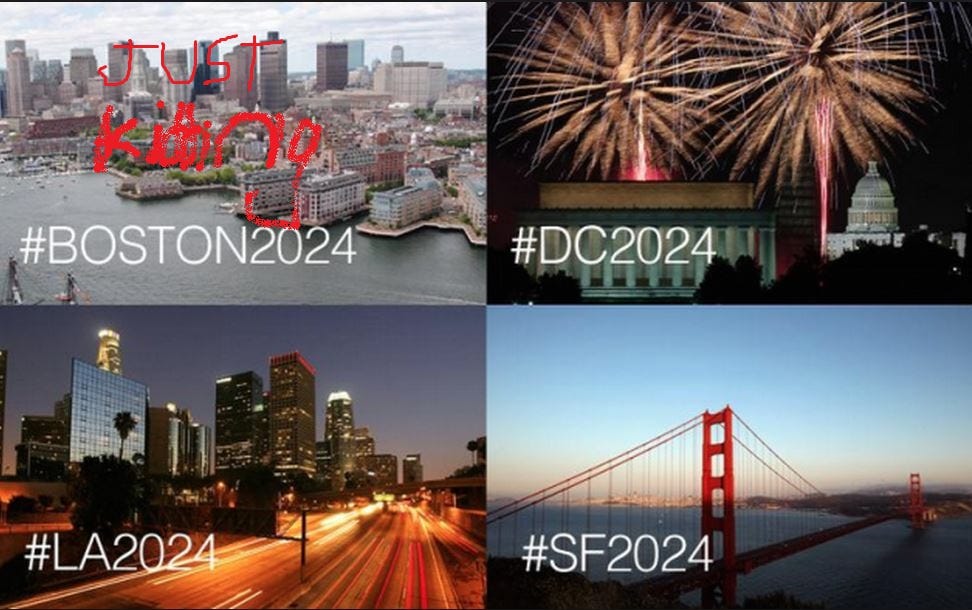 By now everybody knows the Boston 2024 dream is dead. But I’d be remiss if I didn’t at least pay homage to what a complete and utter disaster it was. It’s not just that the Olympics aren’t coming here. It’s that we pulled out basically on our own accord. Like Boston beat out every other city in the country to represent the United States to the International Olympic Committee.. The USOC picked us over LA, SF, Washington etc to represent the US. They pinned all their hopes and dreams on us.  We told them how great we were.  We lured them with our history and pride.  With all our colleges and championships.  And then we just turned around and gave them the bird. Like yeah I know we said we wanted it, but nah….just kidding. We don’t want it after all. Too much headache. Too much traffic. Too much bickering. Too much talk radio. Thanks though for picking us over every single city in the country. Yeah I know you’re due to submit your city in a couple weeks and told everybody else they lost but whatever. That’s Boston baby. 2 steps forward, 3 back, 5 forward, 8 back etc. Just an unreal look at how hard it is to get things done here.