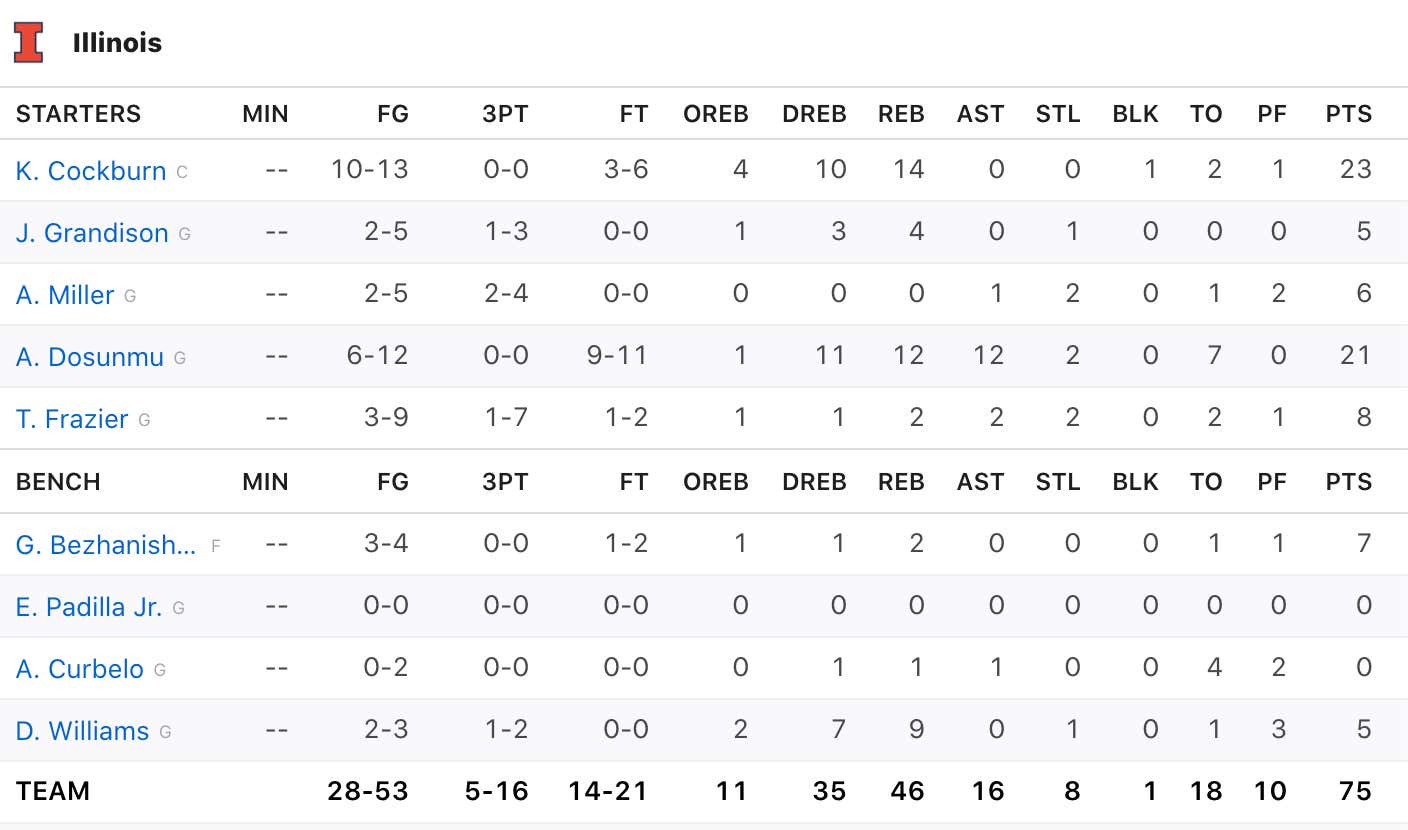 First and foremost Ayo gets the biggest beef on campus after going for 21 points 11 rebounds and 12 assists. It's the 3rd triple double in an objectively historic college basketball program. I've said it before and I'll say it again - my heart goes out to the players that they can't party tonight at KAMS or Red Lion or whatever's cool now. They don't have the chance to hand out shots to sophomores while 25,000 watts of poorly DJ'd sound fills the room. No sticky floors or superstar treatment. Absolutely sucks that there's literally no vibe in Champaign right now. In my day we'd treat these guys like kings and truth is they'd absolutely deserve it.

Wisconsin came in 15-1 against the Illini over the last 16. They don't turn the ball over and relentlessly box you out. Everyone hates playing against Wisconsin but loves betting on them in March. This was the perfect litmus test for how much Illinois is trending up and it turns out they dominated end to end.

Give credit to Kofi (again) for just being too much of a man for college basketball. More credit to Underwood for having this team playing the best defense in recent memory. Literally every guy gets after it defensively with a special emphasis on Damante Williams being a bonafide shutdown perimeter defender. And honestly Trent Frazier might unanimously win Big Ten Pest Of The Year. It's a perfect mix of sweet dudes and gritty glue guys and they're really starting to click at the right time.

Personally I can't be happier as an Illini fan who rides and dies with Chicago sports. At this point I'm exhausted from telling you guys how much my teams suck and how miserable I am. Going into this year I had the Illini circled as my leading choice for happiness and it feels good to finally get some fucking results around here. Feels good to not have to look at Matt Nagy's face or listen to another bullshit Cubs press conference. Instead you get a Saturday afternoon to watch a group of unselfish guys playing their asses off in the orange and blue. And making it better is that we came in today expecting to confidently win this game.

That's the sign of championship caliber basketball and that's exactly what's brewing right now in Champaign, IL. If someone says otherwise, you're authorized to slap them in the face. Carl's orders.