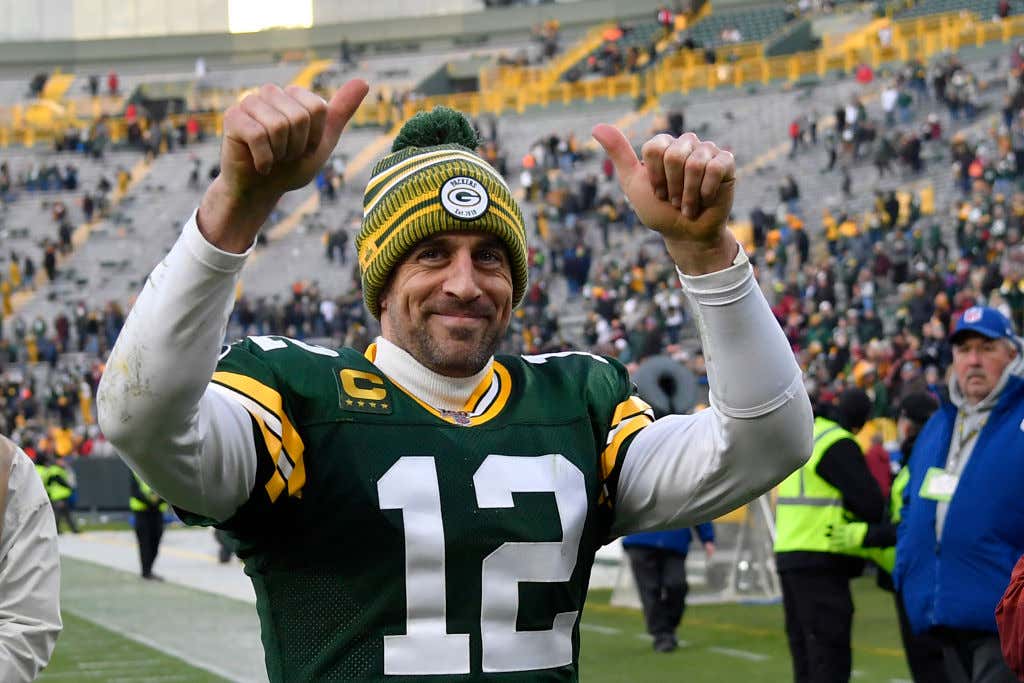 Congratulations to Aaron Rodgers for being named league MVP for the third time in his career!

The beginning of the season the conversation was centered around Russell Wilson and Rodgers, it eventually it moved to Patrick Mahomes, Josh Allen and Rodgers, but for weeks now #12 has been in a league of his own. I guess that's what happens when you put together what is arguably your best season and complete 70.7% of your passes with 48 touchdowns and insane passes like this…

Oh. And when you find your soul mate. Casually.

"I'm playing for little fans or no fans… I got engaged!"

What a fucking DROP! You know what? Sometimes the stars just align and you become the best version of yourself because you've found someone who gives you that extra little bit you didn't even know you needed or was missing. Aaron Rodgers has turned around this year and shown us how wrong certain public people can be about certain incredible, Barstool Fund-supporting, best friends of Dave Portnoy.

Long live Aaron Rodgers, my quarterback and the future husband of the beautifully wild and perfectly herself, Shailene Woodley.

Some rings are more important, like those that symbolize everything we're all looking for. Congrats on the ring, 12 - you won.