SI- Veteran CBS play-by-play man Jim Nantz and Tony Romo will call their second Super Bowl as a team on Sunday when the Chiefs face the Buccaneers. And there are numerous prop bets offered across a variety of gambling websites directly related to the broadcast team.

I had the opportunity to talk to Nantz about what it’s like to know people are betting on what he says, and doesn’t say, during the Super Bowl.

“The weirdest thing is, as a broadcaster, that there are so many prop bets out there that you almost can’t pay attention to them because you realize everything that leaves your mouth is going to either make or lose money for people,” says Nantz. “It’s to the point now where every word you utter, someone has action on it. So you can’t think about it. You just gotta let it flow. All of this is done extemporaneous. Nothing is scripted. You don’t want to have it in your head, ‘Hey, if I say this, that’s going to deliver somebody the over.’ So I don’t give a thought. I will say this, though: Don’t bet against ‘Hello, friends’ making an appearance.”

Despite Nantz’s desire to ignore the prop bets, I couldn’t help but ask him about a few that involved him and Romo. Nantz could not have been a better sport about it and offered some interesting analysis on some of the wagers.

Nantz’s take: “Boy, that makes me want to run to Vegas right now.”

The SB is the ultimate gambling (responsibly) experience. Aside for your regular week to week bets, this weekend brings out a plethora of props (yes - a plethora of props... alliteration 101). We get to bet on things like the length of the National Anthem, coin toss, color of the Gatorade bath. We always look for an edge through internet investigative research (or what our buddy said he researched). But is there a better, more trustworthy source than JIm Nantz on bets involving HIMSELF and Tony Romo? That's rhetorical. Let's make some money...

LAY ANY ODDS LOCK: Tony Romo correctly predicting a play. Nantz, "Boy, that makes me want to run to Vegas right now." Hey Jim, have your private jet take off from your lovely home in Pebble Beach, fly over Vegas, and head Detroit or Pittsburgh. You don't even have to get off the plane. Just do a touch and go while laying all your big game bets on the Barstool Sportsbook App.

Nantz’s take: “Those two things usually get dropped in the same sentence, so this one comes down to sentence structure, doesn’t it? Those two could definitely be said back to back.

Nantz’s take: “I wouldn’t be naturally inclined to randomly mention Queen Latifah, but given that her new show debuts after the Super Bowl, there is suggested copy on how they want those shows to be promo’d. You can’t really talk about The Equalizer without talking about Queen Latifah.

LOCK: Over 1 - How many times does Jim Nantz say "Queen Latifah"? Apparently, she is debuting a show right after the SB. Jim, "...there is suggested copy on how they want those shows to be promo'd. You can't really talk about The Equalizer without talking about Queen Latifah." Prediction is 2. Once before/during halftime, once at the end of the game. They're not going to promo the show only once.

Nantz’s take: “You might want to be careful with that one because you never know when I might want to send out a subtle message to my friend, Al Michaels.”

Nantz’s take: “I'd set the line higher than that. That’s kind of up to Tony. The better the game, the better the chance."

Nantz’s take: “This one I’ll leave to the sleuths. Because if they really know what I do in a big game situation, they’ll be able to solve that question.”

*LOCK: Nantz' tie color. Jimbo (we can call him Jimbo at this point), "This one I'll leave to the sleuths. Because if they really know what I do in a big game situation, they'll be able to solve that question." *Internet, another assignment.

At first glance, didn't see these props in the app. If they aren't or won't be, then go bankrupt the competitors and transfer your winnings to the Barstool Sportsbook App. It lowers the competitions' net income while increasing Barstool/PENN's. (Don't know anything about stocks. Long PENN. This is not a solicitation to purchase PENN equity or derivatives. All opinions are that of the author, including the opinion of Barstool/PENN to the moon and the only way to get there is a rocketship).

Enjoy gambling responsibly this weekend everyone, cause once this weekend is over, we set our sights on the next huge sports betting event, March Madness. And this year will be the most madness of all the madness. Early sleeper pick: Loyola Chicago. In Moser We Trust. 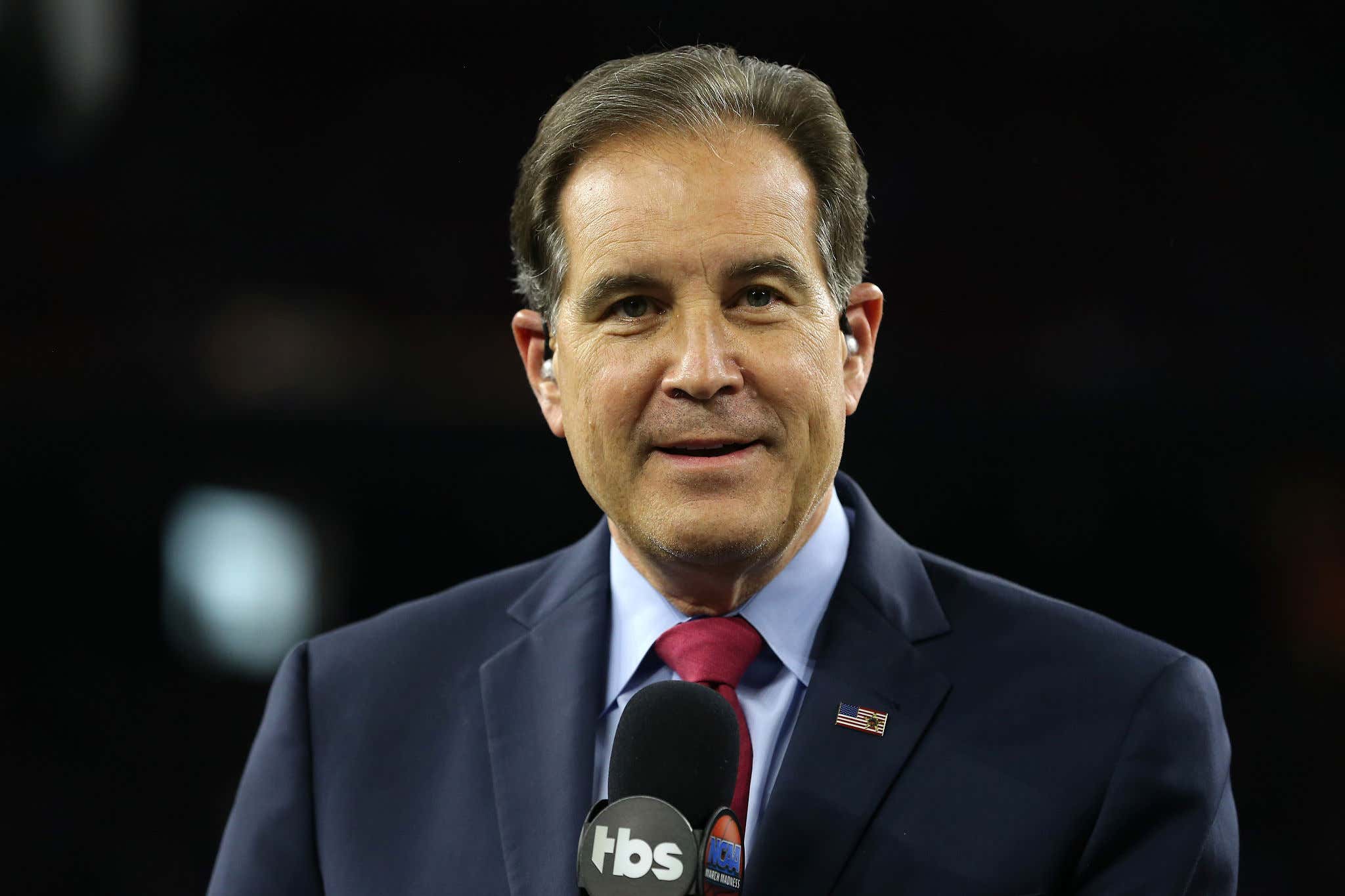 p.s. - Nantz is the fuckin man Carl can suck it