Who, me? Talking about myself? Couldn’t be! Lol no no, that’s exactly what this is. I wanted to write about my Surviving Barstool experience, but I also never wrote an “intro” blog about myself. I’m going to sort of combine the two, for 1. Pageviews and 2. People will stop asking me who I am and where I came from. I think I didn’t want to write one because it felt too self indulgent and cheesy considering I’ve been a “friend of the program” for like, 6 years, but I’m also so full of myself that I assumed I wouldn’t have to say ANYTHING! That brings me to my first point: 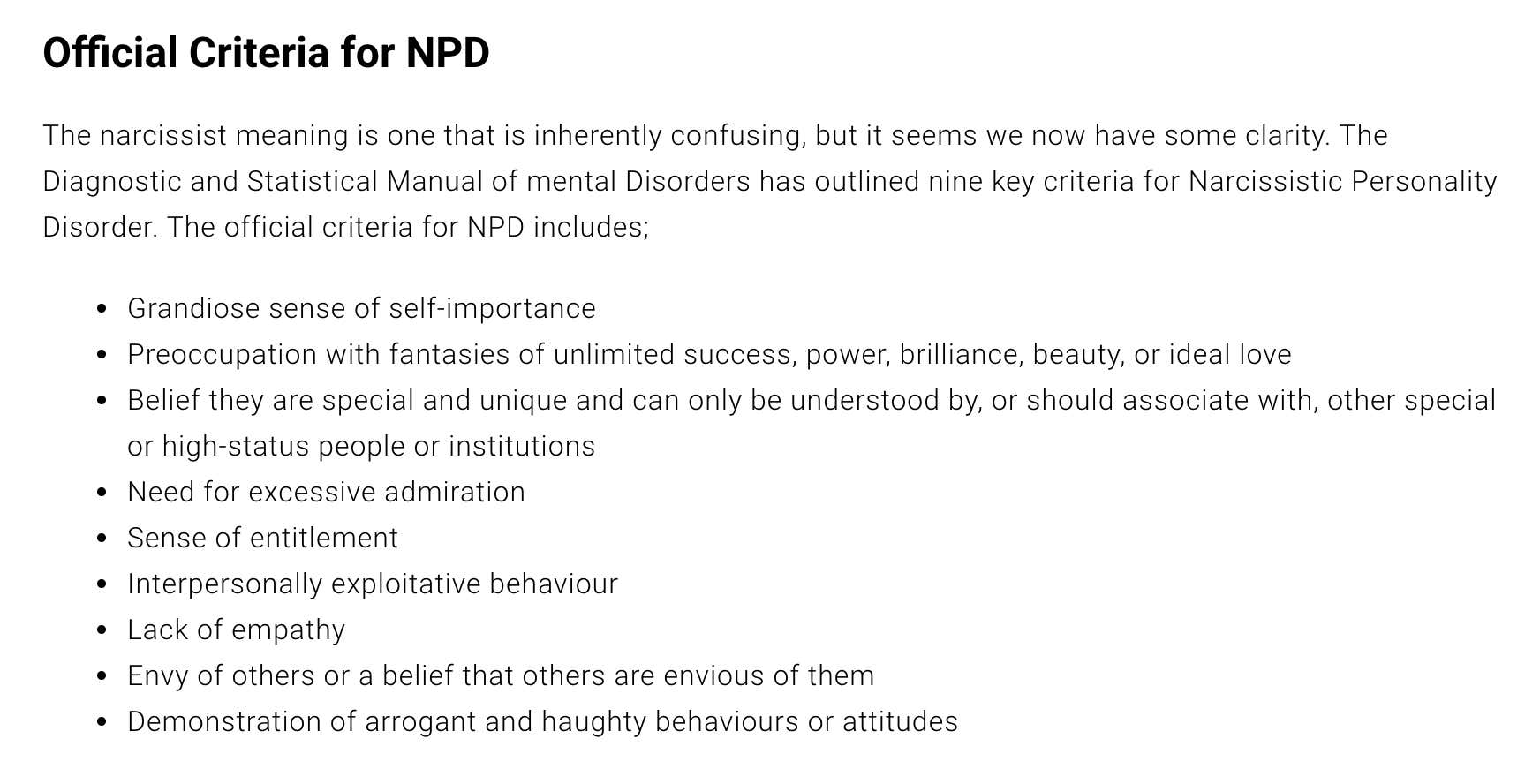 Narcissists, swoon. While I have unfortunately never been diagnosed, I find myself emulating narcissists when I need my own personal boost of confidence. If I don’t feel great about myself? I can just be this person. Loud, obnoxious, flashy, villainous. A true mask, if you will. I’m absolutely positive this mindset has come from years and years of reality TV and anything that happened on Lifetime/Snapped. “Angry women who kill their husbands.” Lol, goals! “I’m not here to make friends!” GO OFF QUEEN! I developed a bit of an affinity for those who others disliked, based on their fears of power. I knew, if given the chance, I would one day love to be that character. Enter: Logan the Producer!

I stayed at the office to have a couple more glasses of wine one night after Friday Night Pints, and Logan (who absolutely knows that I am a glutton for attention and reality TV) knew it would be a good time to ask me to be on this show. He was having trouble finding people who would say yes. I was drunk, I heard Bri had also agreed to do it, and so I agreed with gusto. I didn’t even know there was money at that point. I just wanted an opportunity to play a game and try to fuck with people along the way.

The game itself was wild. It sounds dumb to say, but for a group of people who are familiar with being on camera, while having NO actual reality TV experience, it was like nothing I’ve ever experienced. We had to be “on” at all hours of the day. We had to look over our shoulders for backstabbers, inside the game AND externally. We had to keep it all a secret while it was happening, and we had to work at the same time. And of course, we had to work WITH these people after backstabbing them and making them look foolish “on TV.” I went from an all out brawl with Brianna to recording a podcast with her 45 minutes later. My thoughts were, the only way to go into a game like that is with the intention of making it as entertaining as possible.

I knew I could probably win a few challenges, I’m pretty competitive and I get lucky with things like that sometimes. I knew I could get people to agree to whatever side of whatever plan I was on, in almost every scenario. I’m a smooth operator when I need to be. I wanted to bring Tommy and Bri to the end, because I knew I would win against the two of them if I got the chance to sweet talk the jury. I personally think Nick did the best job sweet talking, but as a villain-lover, my final jury vote went to Tommy. If it couldn’t be me, it had to be someone I felt did it better than I did, in the same way I did. Watching people being SO MAD ONLINE that Tommy won is why I love villains. Pure outrage over something so STUPID!!! The passion!!! I bet a lot of people had angry sex last night after they mopped up their ‘Tommy Won' tears. I love that I was a part of something that can stir such strong feelings in people.

I think me making it to the final 4, and then being voted out, was exactly how it should have played out. Personally, of course I was pissed to not win 10k. But like I said, that wasn’t really why I said yes to doing this. There’s a ton of footage of this that never got shown, but there was a point where all 4 of us were sitting in a room just arguing over the fact I needed to go home. I change my points like 45 times, trying to make one stick. It was completely ridiculous and SO uncomfortable and I loved every second of it. Being able to just let yourself go off on your coworkers and put on a show without having to worry about REAL repercussions is unheard of. I feel lucky as hell to have the opportunity to flex these mentally ill muscles in a…dare I say…artistic way. Reality TV is an art, and I know any of the real buffs out there will agree with me.

Plus, villains get the most airtime, idiots.

But yes, my first official full time week, I lived inside the office. Signed the contract on a Wednesday, packed my bags on a Sunday. Working at Barstool is a big fucking deal for me. I’m honestly so paranoid to have even typed that sentence, worrying that I’m in the middle of a fever dream of delusion. Here’s how I got here:

1. I became a fan of Barstool when Kevin and Keith joined and started Barstool NY/BarstoolU (2010-11ish,) while I was in college. I became friendly with Kevin on Twitter. KFC Radio came out. I became obsessed with podcasts. Even went to KFCRadio100 in New York. Blacked out there, but made more friends.

(PHOTOS NOT AVAILABLE. THEY WERE ON AN IPHONE 3 OR SOMETHING. BUT THEY EXIST, SOMEWHERE.)

2. I live tweeted a couple breaking up on a plane (2015.) Went viral (10k RTs in 2015 was a BIG DEAL) because I had been friendly with the Barstool crew for so many years, and they all pumped my tweets. Gained like 30k followers in one night.

3. Started popping onto Mailtime. Brendan Clancy said “do your own podcast.” I finally did, called it Whine With Kelly. It still exists, but after a couple of years, it got too hard to keep it consistent with guests while I was working full time (at a few diff magazines, on the advertising side.) Maybe I’ll bring it back one day, in one way or another. It was never a Barstool podcast, but nobody really knew that, because of this: 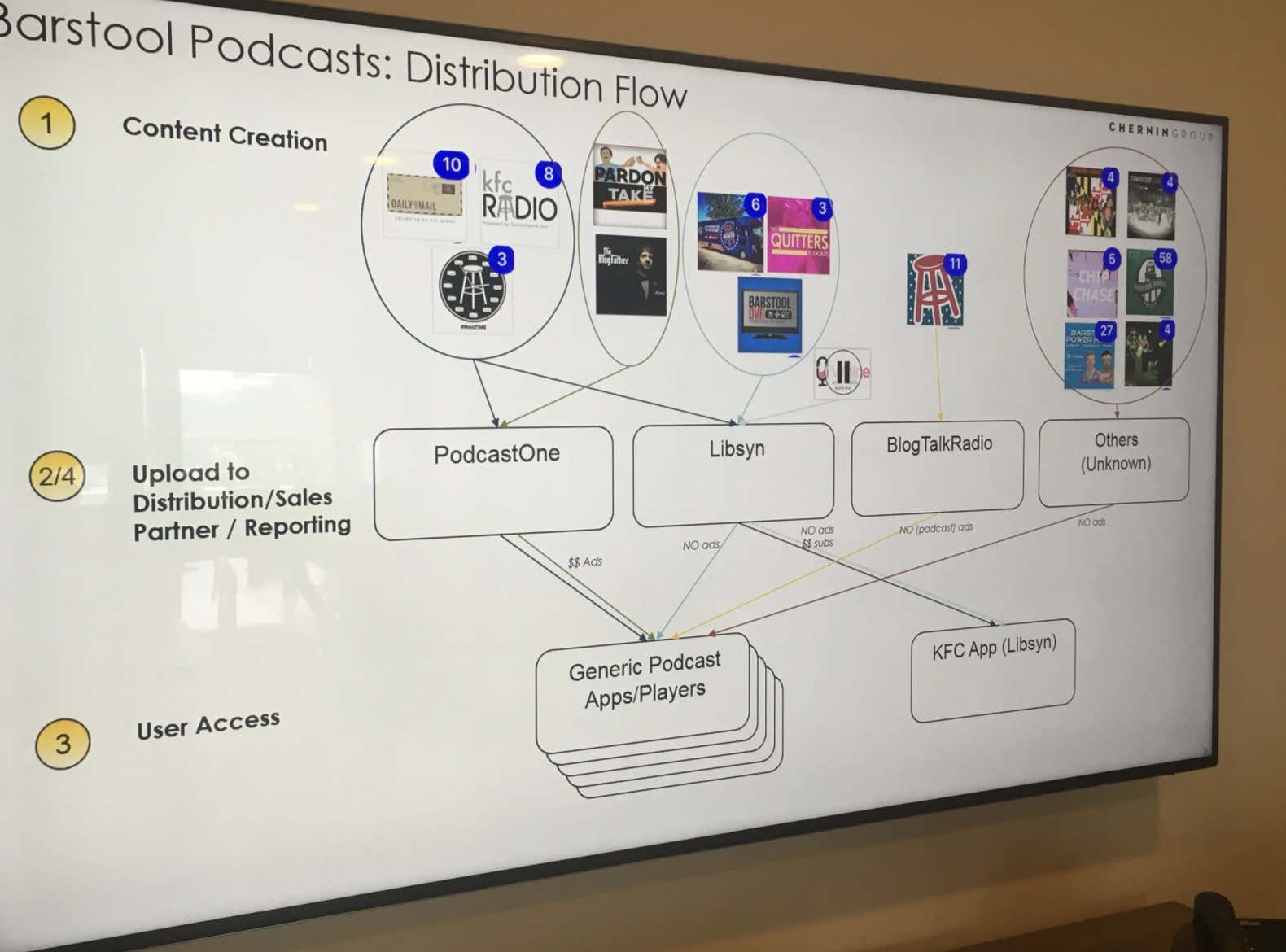 4. Barstool NY office opens. I got invited on a myriad of shows (I live in New York.) I would skip out on work at lunchtime to do radio and stuff. Tried to start “Bachelor After Party” with Dave and Trent (2017), it did not go well. It was before its time. Chicks in the Office didn’t even exist yet. I started getting too busy with my real life to keep coming and moonlighting as a Barstool Employee, without actually being an employee. The Chicks started up, had a handle on the pop culture genre, and I gracefully (lol) faded into the shadows. (Shadows = doing Bachelor live recaps nonstop for 3 years on Instagram.)

5. I got laid off (2020.) I stopped caring what people thought about me not having a job, and decided to be very blatant about needing one. Caught Erika’s attention. She knew how long I had been trying to get in the building, and had me come spill my guts on her podcast.

She unlocked the door again and I busted through it. Bachelor After Show round 2 - Now CUTTING STEMS. More female content. Blogging. I had all the time in the world, I had my foot in the door again, and it seemed like it was for real this time. I could finally say “FUCK YOU” to everyone in my other life who trolled me for “always tweeting so much” or cancelling plans to do an interview for “your little podcast!” Or my personal favorite, confused friends and parents who loved to remind me “Okay so, you don’t actually WORK at Barstool?”

Well now, I do. Maybe my slow-burn method took a lot of time, but it finally feels right. I just turned 30, and I got to sleep on the floor of my new office for a week, for free. I get to make videos of myself being an asshole, whenever I want. I already knew my coworkers, before they were my coworkers. I had been an avid fan of the company I work for, for almost 10 years. It only makes sense that Barstool would give me thanks for MY passion, in the form of Reality TV. Super grateful to be here, finally.

I wonder what will happen in week 2?

Oh yea, and I went to a Blackout Tour party. Winston-Salem…2011 I think? Got to go on stage with my best friend, in retrospect it was probably Gaz who let us up there. Lmfao. So weird.

(THERE IS ALSO NO PHOTO EVIDENCE OF THIS. I MEAN, THERE DEFINITELY IS, BUT I DON'T HAVE IT, AND I NEVER WANT TO SEE IT. )