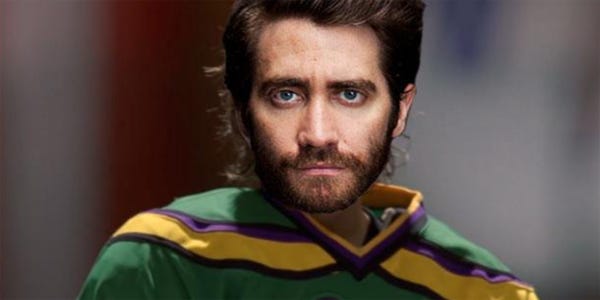 Almost positive this Photoshop work is from Bar Down so s/t to them.

The Score – Oscar-nominated actor Jake Gyllenhaal, who has beefed up and is starring in the boxing film “Southpaw,” was supposed to play a key role in “The Mighty Ducks,” but his parents nixed the idea.

“I definitely remember crying on the kitchen counter,” Gyllenhaal said on The Howard Stern Show, according to Allan Muir of Sports Illustrated. “Being like, ‘What? You guys are crazy.’

“My parents were like, ‘Look, you’re about to enter junior high school, you gotta get your education, that’s the most important thing. I promise you, you hate us now, but you’ll thank us later,'” Gyllenhaal said. “And I do.”

Gyllenhaal was vying for the role of Charlie Conway, which eventually went to Joshua Jackson, reports Angie Han of Slashfilm.com.

Life hasn’t been too bad for Jake Gyllenhaal. Donnie Darko, Bubble Boy, The Day After Tomorrow, Jarhead, Source Code. All very good movies. I haven’t seen Southpaw yet but I’m assuming that it’s going to be another great one. Also, Gyllenhaal got fucking shredded for that movie so yeah, life for Jake Gyllenhaal is pretty sweet right now. 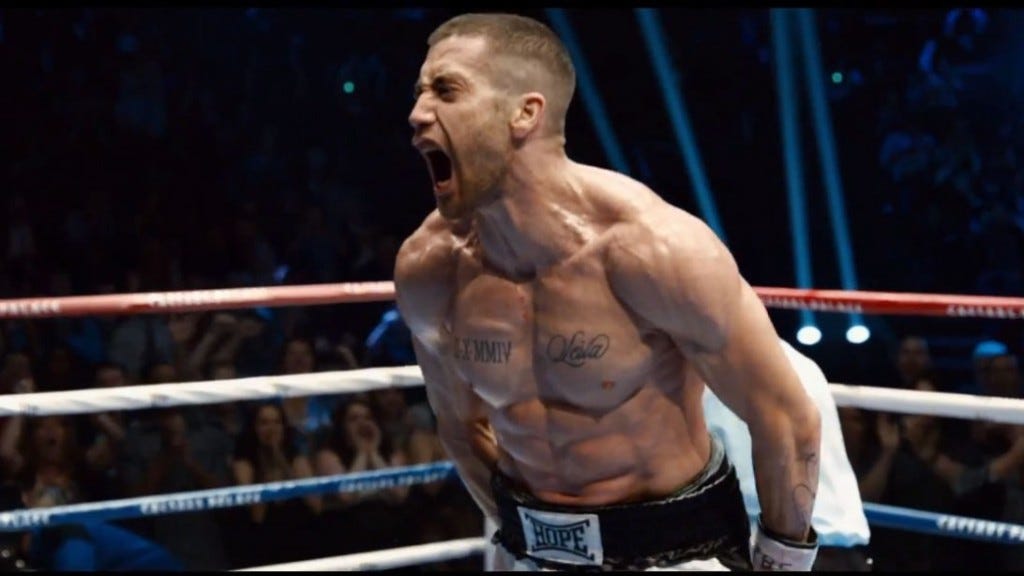 Even though that’s all well and good, imagine how much better life could be for Jake The Snake if he was Charlie Conway. He would have gotten his big break almost 10 years sooner than Donnie Darko and could have been the biggest star that Hollywood has ever witnessed. Is Joshua Jackson’s name being tossed around in any Oscars conversations these days? Maybe not so much. But he played one of the most iconic character in cinematic history. And he was also in Dawson’s Creek, and I defy you to find anyone in the world who didn’t love the shit out of Dawson’s Creek. Charlie Conway played a major role in my life. I’m sure the same goes for many of you as well. As solid of a movie as The Day After Tomorrow was, I still wouldn’t even be able to tell you what Gyllenhaal’s characters name was. He could have gained instant immortality as Charlie Conway but instead, Jake Gyllenhaal will eventually just be that guy who was in that gay cowboy movie with Heath Ledger. Meanwhile, Joshua Jackson casually changed the entire world with one triple deke.

I don’t even want to think about what life would have been like if Jake Gyllenhaal actually took the role and was Charlie Conway.

And if you need any more Mighty Ducks related content to get you through your Monday, I got you covered.

Was Charlie Conway Ever Actually Any Good At Hockey? An Investigative Report