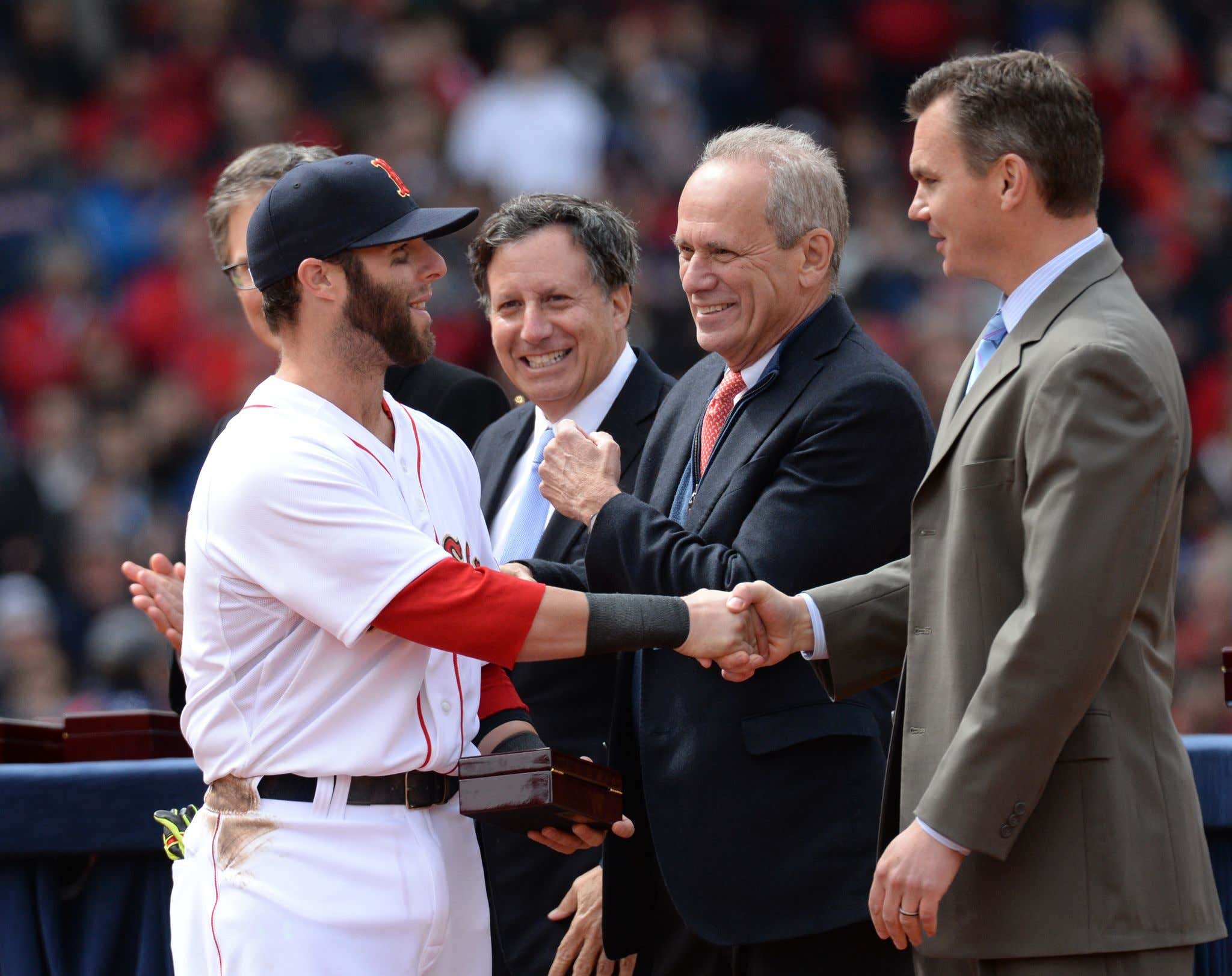 "Where the fuck's my car at?" What a goddamn legend.

We had Dustin Pedroia on Section 10 this week in his first full length interview since announcing his retirement from baseball and it lived up to all the hype. I mean, every single answer was social clip worthy. This one was obviously my favorite because it was a new untold story that the world had never heard before, but it was legendary story after legendary story. We covered it all, from his rookie season in 2006, a championship season in 2007, the what could've been 2008 team, his injuries in 2010, the shocking end of the 2011 season, a Bobby Valentine story from 2012, tons of great 2013 stories, and a lot more.

But the balls on Pedroia to call a ring even before the 2013 season started was great. That team will always hold a special place in Red Sox fans' hearts even if they didn't go on to win a title. The fact that they capped that season off with a championship was the perfect ending to that difficult year. Not only did Pedroia get a ring, he got a new set of wheels paid for by Larry Lucchino himself.

The interview is live now on iTunes and Spotify if you want to listen to the whole thing.