The Hulk Hogan “I’m not racist” tour is powering through Twitter, and he is absolutely crushing it. From posting screenshots of YouTube links from his iPhone 3, to RT’ing gems like this:

the Hulkster is just crushing it. And really makes you think, huh? Why can the bi-racial Barack HUSSEIN Obama use the N word in that one radio interview about how racism is still prevalent but Hogan can’t use it when talking about who he doesn’t want his daughter to bang? Seems like a double standard to me.

And then to prove he’s not racist, Hogan spends the rest of his time RT’ing black people. It’s the age-old defense “I RT’d black people on my timeline, I can’t be racist”. Sorry h8ers, but it plays. 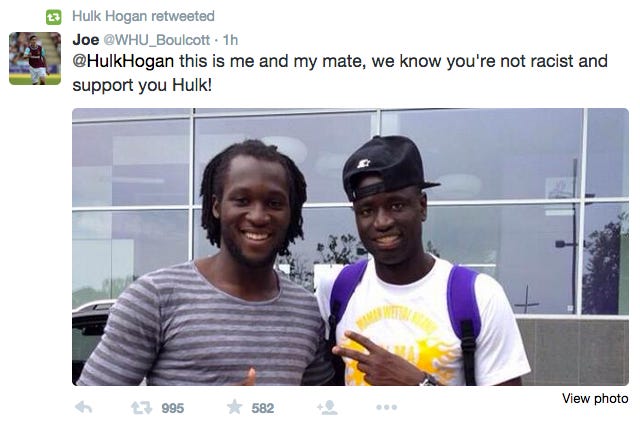 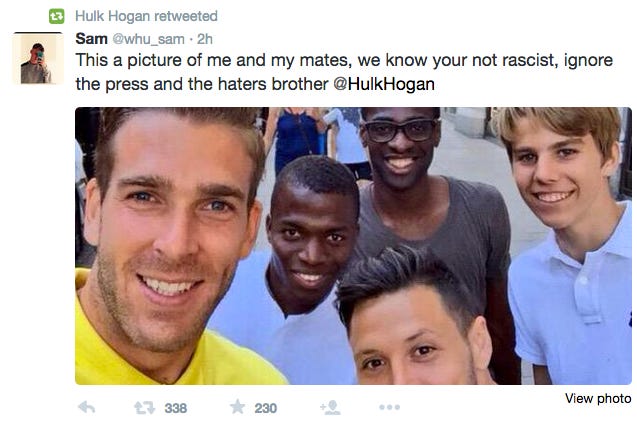 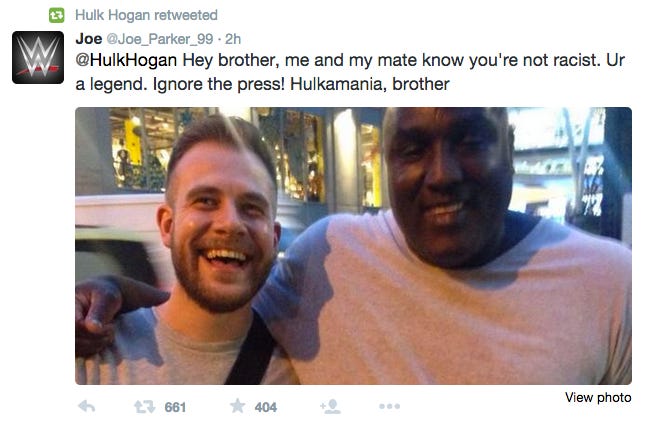 Now is Hogan racist? Probably. He even says it in his tape. He’s like “we’re all racist” and well, if we’re all racist, is anyone actually racist? Think about that for a minute. But also, interesting tweet from Mankind here who has known Hogan for decades:

Obviously any of us could get taped at the wrong time and made to look awful and our lives would be over, so I think that’s what Foley is saying. We saw it happen with baby girl, and now it’s happened with Hogan. Kinda sucks, but at the same time, maybe just don’t rattle off a racist tirade and it won’t come back and bite you in the ass?

At the end of the day, I do think WWE overreacted by wiping Hogan clean from their company. It’s not like he murdered his wife and children, he’s just stupid and somewhat racist. We’ll see how it plays out. Maybe I should tweet that at him and get a RT. Probably should paint my face black first though, up my chances.