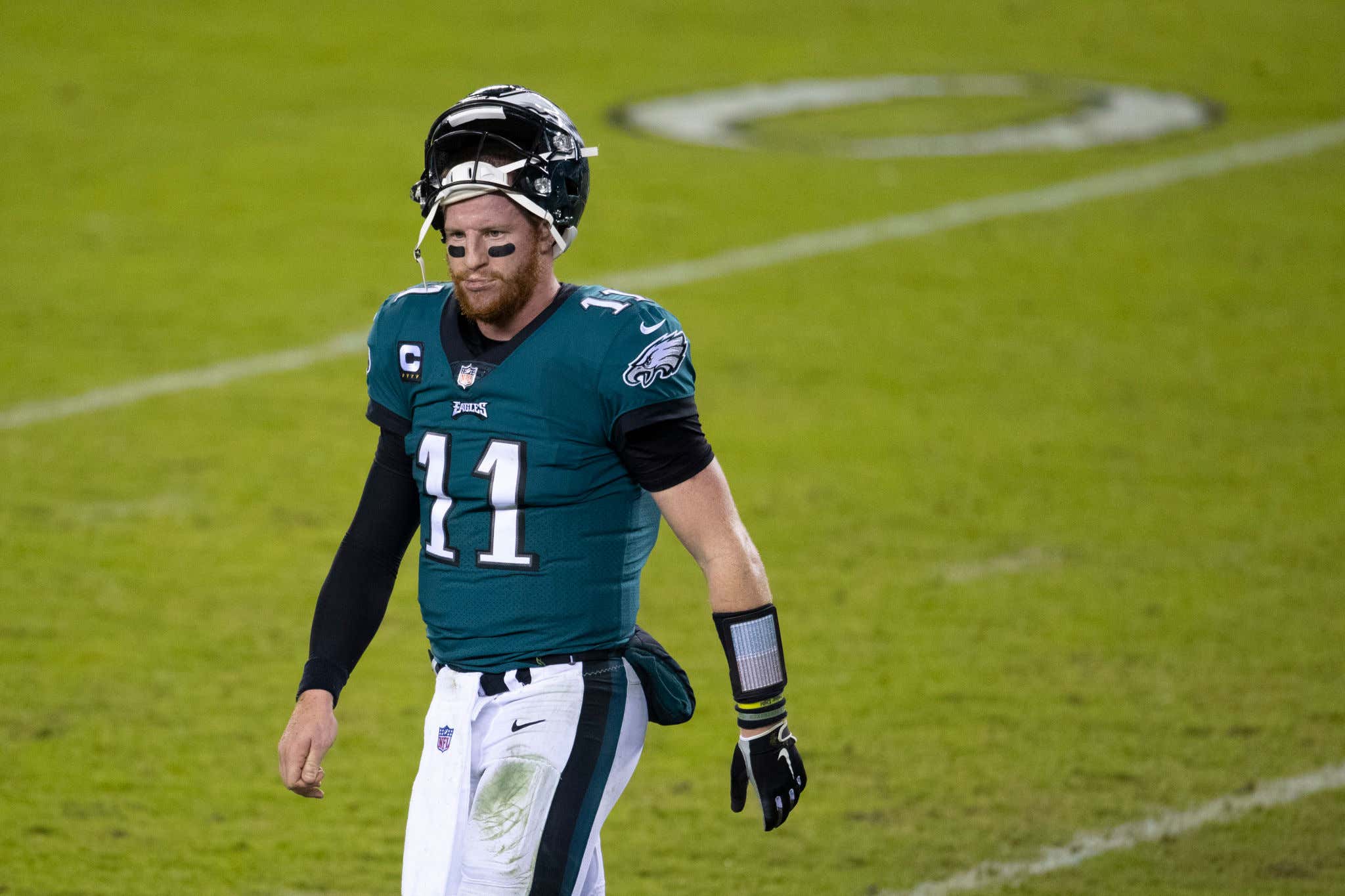 The 2020 season was a complete and total unmitigated disaster for the Philadelphia Eagles. Just an all around failure from every single component of the organization. From owner to GM to coaches to players to whoever is wearing the Swoop costume, literally everybody sucked this year.

And yet somehow the offseason has the potential to be even more disastrous. Not only is Howie Roseman still employed, but they brought in a first-time head coach to be his puppet for the future. Chances are they'll fuck up the 6th overall pick in the draft. And on top of it all, we'll have to deal with the painfully tedious debate on whether or not Carson Wentz will be traded on a daily occurrence.

God forbid we allow ourselves to just forget about this team for a week leading up to the Super Bowl. God forbid we completely disregard the giant dumpster fire at the NovaCare Complex for a few days and just try to appreciate the NFL season coming to an end this Sunday. No. We have to constantly ask the same fucking question over and over and over again. Each time as if we are actually going to get a legitimate answer, and each time getting the same nothingness in response.

It's the first week of February and this question has been asked approximately 45,000 times already this year. Why do we keep asking? What is the point of bringing up Carson Wentz vs Jalen Hurts every damn hour in this city if we know we're not going to get an answer? I get it's a rather largely important question to be answered, but if I have to hear that question another 13-14,000 more times then I am going to have Gritty murder me because I can't take it anymore. And with the rate that question has been raised, I give it until right before the opening kickoff of the Super Bowl before we hit that 14,000 threshold.