Lil Uzi Vert went ahead and implanted a multi-million dollar diamond on his face; and fans have a lot to say. A photo of the natural pink diamond, that now sits directly in the center of the rapper’s forehead, first surfaced on social media. According to a Shade Room post, Uzi debuted the gem during a FaceTime call with a friend.

The Philadelphia native made headlines earlier this week for announcing his intentions to have the pink diamond attached to his face.

The rare diamond is reportedly worth around $24 million and, in a tweet, Uzi said it contains almost 11 carats. The Eternal Atake rapper also revealed the diamond is his biggest purchase ever, saying, “… my Bugatti can’t even pay for it… all my cars together, plus [my] home [can’t pay for it].”

“This took so long; now I can get this money,” he added.

I tried looking up exactly how much the pink diamond cost him & where people were getting the $24M price tag from, and it turns out they're going off the number of money bag emojis Uzi put in his Tweet.. so that could be just a little bit off. "But Kate, you put $24M in your headline like it was facts." Well, I'm a low-brow turd who really needs your clicks, ha ha.

But still! 'Certified natural Fancy Vivid pink diamonds' are the most expensive on the market costing around 20x more than a regular white diamond, and can go for $10,000 to $700,000 per carat depending on the shade (the darker the pink, the pricier). Looking at his, which appears (to me at least) to fall within the medium pink range, and doing some simple math based off my own non-expert opinions, I'd say he paid closer to $5M for it, which is still no small beans.

As for the "Elliot" who provided the gem in this story, he runs the infamous Eliantte Custom Jewelry. They're top of the line in catering to hip hop stars in NYC's Diamond District & beyond and Elliot was a consultant on Uncut Gems. Here's another piece he did for Uzi:

Whatever the cost & whichever Infinity Stone memes he's got coming his way, Uzi's already got it paid off & seems to love it, so I doubt he cares much what others are saying. Shine on with your crazy diamond, Lil Uzi, shine on. 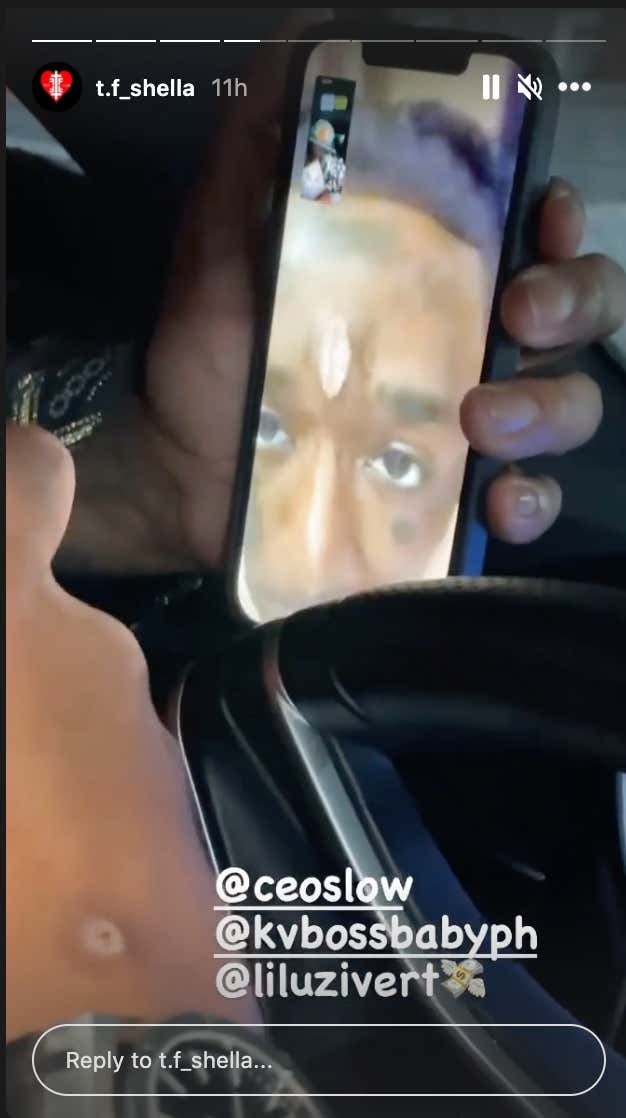 In closing: highlights from this now-viral, diamond-studded-FaceTime conversation:

Uzi: "This shit right here on my face is bouncing off the sun."

Uzi: "This shit's so crazy I don't even have a fucking watch on."