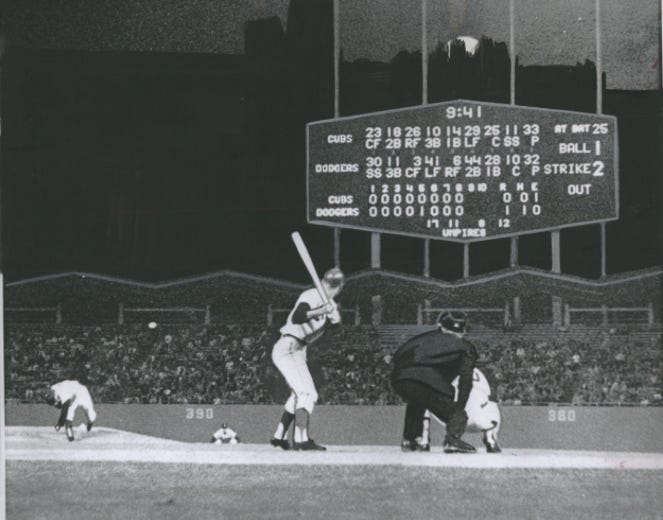 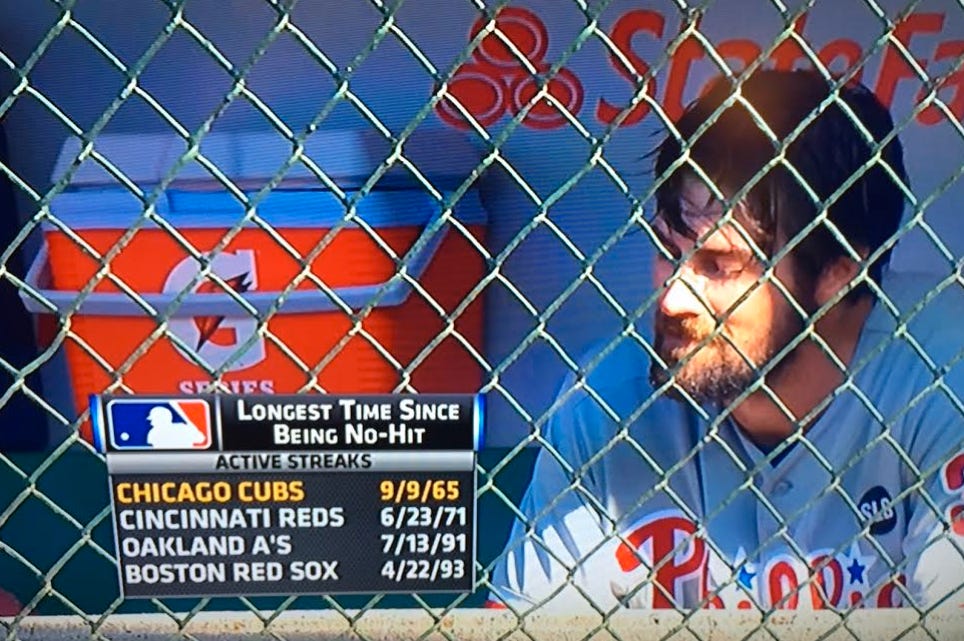 Well I guess it had to happen sometime. It’s actually incredible to think that it’s been just a few months shy of 50 years since the Cubs were last no hit. There have been a lot of really bad baseball teams in that half century and here we are, with a team that actually isn’t that bad (the offense is very bad right now) breaking the streak. Move over Sandy Koufax, it’s Cole Hamels day. He was absolutely electric, had this lineup completely lost, which is slightly different than their current form of always sort of lost. Now do we go ahead and trade for him or are the Phillies still puking on themselves after watching our bats the last 48 hours? Seriously what a horrendous team wide slump. #WeAreNotGoodRightNow

Sums it up perfectly.