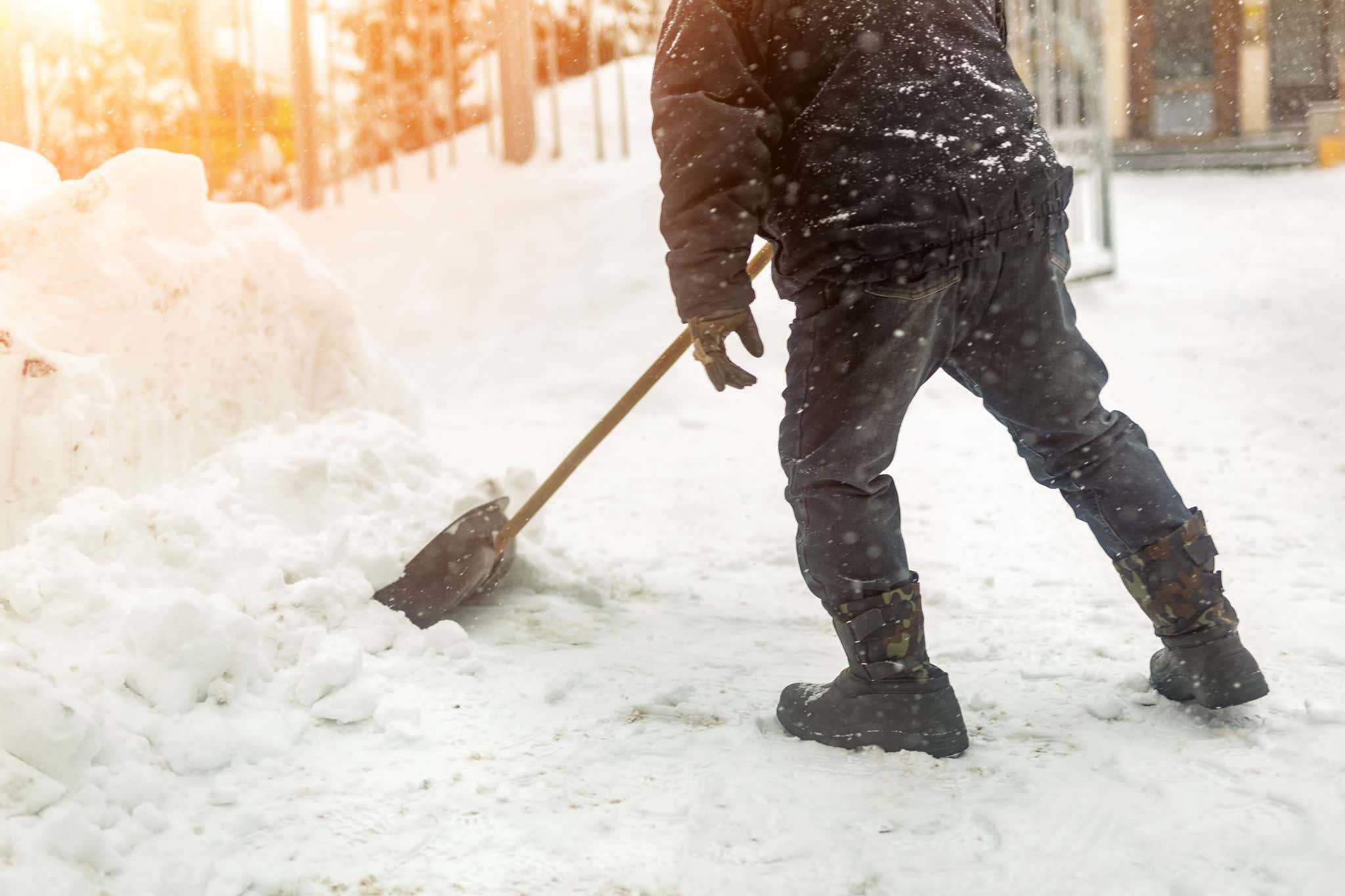 If you live anywhere in--oh I don't know--the United States Of America, chances are you've been dealing with some snow over the course of the past week or so. Which means you've also had to endure one of the more exhausting tasks in human existence. Shoveling.

Shoveling stinks. No doubt about it. But the one saving grace of shoveling is that it gives you a perfect excuse to treat yourself once you've accomplished the task. You shovel your driveway, your sidewalk, your elderly neighbors sidewalk, and clear off the cars. That right there has earned you at least a beverage or two. Doesn't matter what time of the day it is, either. Those rules fly right out the window as soon as the snowstorm comes in. My two favorite treats of choice are the post-shovel beer and the post-shovel coffee.

Now when you put the two up against one another, the answer seems pretty easy at first. Naturally your brain is going to gravitate towards the beer. And for good reason. The first sip of a cold one after you've found yourself sweating in 18 inches of snow is immaculate. Maybe you were even smart enough to toss a beer in a snow bank so it would be extra cold waiting for you to finish up shoveling. It's refreshing, it's smooth, and most of all you felt like you've earned it. I'll always say that an earned beer always tastes at least 17-23% better.

But don't sleep on the post-shovel coffee either. Especially if it's been snowing all throughout the night and then you wake up and immediately get to shoveling in the morning. When you get back inside and throw that pot of coffee on, you already feel so accomplished for the day and that day has barely even begun. You get to kick back and thoroughly enjoy every sip of that coffee. And what I typically like to do if I'm shoveling in the morning is to go out there without a pair of gloves on. Get my hands freezing cold to the point where I feel like I'm Leo DiCaprio in The Revenant. That way the coffee is even more rewarding because it'll thaw out my paws. Moral of the story is the earlier in the day you can feel that sense of accomplishment, the better. Because that means you have a higher chance of being able to feel superior to the people around you. Even if it's just for the next 15 minutes, you accomplished that task before your neighbors got around to it. That's a win for the day, and that coffee tastes even sweeter with victory in there.

So when you actually breakdown the matchup, it ends up being a lot closer than it originally looks on paper. In a perfect world you end up getting both. But whichever ends up being your reward of choice, all that matters is that you treat yourself on days like this. Because that's really what being an adult is all about. Just finding those small, basic tasks to reward yourself after accomplishing. You did your job, now have a day.