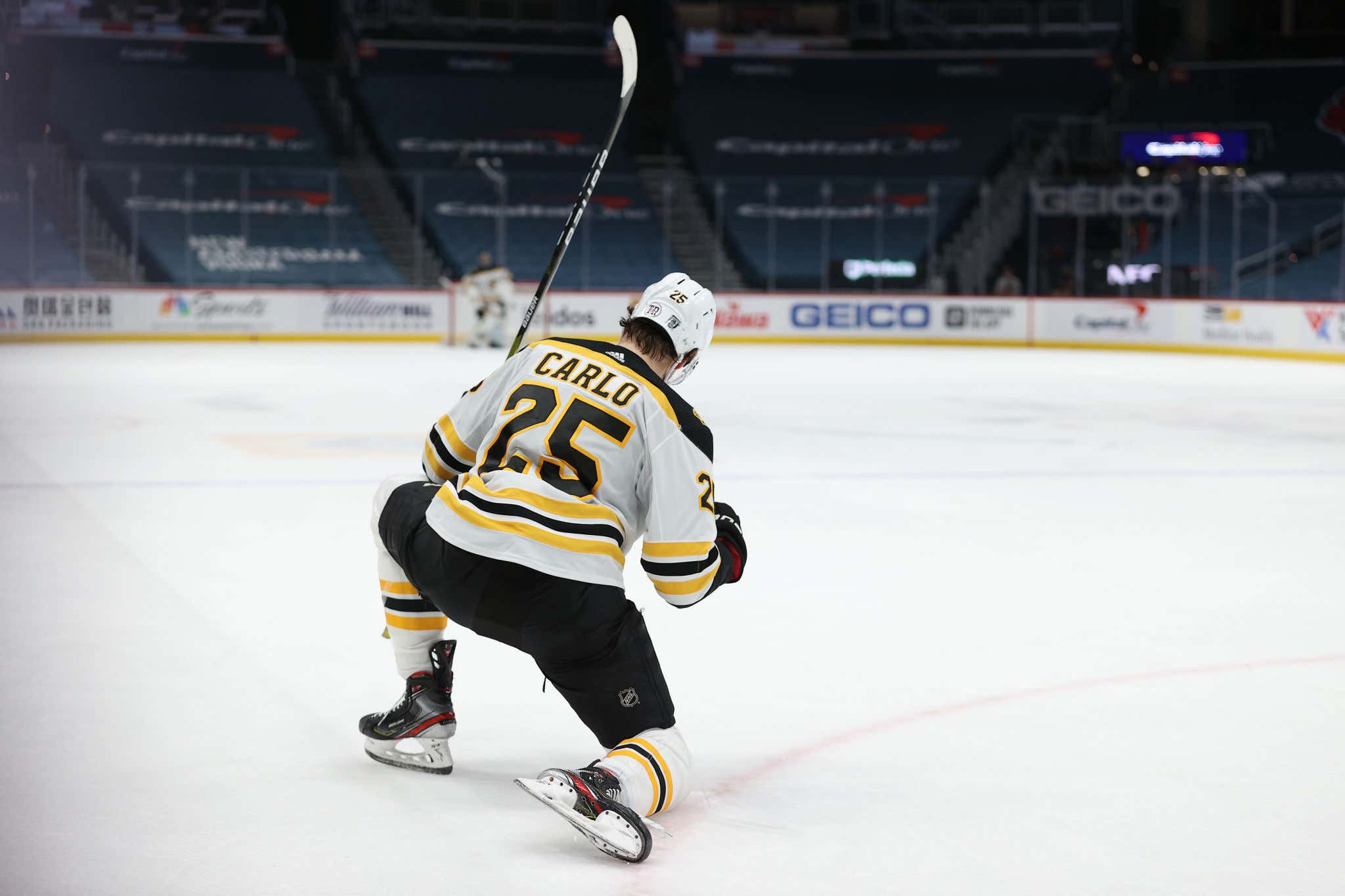 HOW BOUT THAT???? For the 2nd straight game, the Bruins found themselves in a 3 goal hole, but this time they rallied with 5 unanswered goals to defeat the Washington Capitals. The first regulation loss this year for the Caps.

The Bruins once again came out with jump to start the game but found themselves in an early hole. Carl Hagelin thought he had the opening score but the Bruins won a successful challenge for offsides.

It didn't matter though, because minutes later old pal Zdeno Chara scored from the point. 1-0 Caps. That one hurt.

Midway through the 2nd with the Caps on the PP John Carlson made it 3-0. Halak is gonna want that one back. 3-0 Caps.

Brad Marchand found David Pastrnak at the top of the slot for his 1st goal of the year. Welcome back, 88. Pasta gives the B's life, 3-1 Caps after 2.

David Pastrnak added his 2nd goal of the game to cut the Capitals lead to 1. 3-2 Caps.

Craig Smith finished a terrific feed from Jeremy Lauzon who snuck down off the wall to tie game. 3-3.

Brandon Carlo with an absolute cannon to give the Bruins the lead with a little over 2 minutes to go. 4-3 Bruins.

Brad Marchand added an empty net goal and the Bruins comeback was complete.

- For the 2nd straight game, despite coming out of the gates hot, the Bruins found themselves down 3-0. Love the comeback but would also like to not make this a habit. B's escape with 3 points in 2 games against the Capitals. Considering their track record, I'll take it. What a comeback.

- Craig Smith slid up to play with David Krejci and Nick Ritchie. Bruce Cassidy alluding to the move before the game "gotta do what we gotta do", Krejci has seen both of his wingers go down to injury and we're not even 10 games into the season. Craig Smith got rewarded with his 3rd goal of the year, and the game-tying goal. But man what a feed from Jeremy Lauzon.

- The B's had plenty of chances on the PP (4 to be exact), including a 5 on 3, but nothing to show for it. Man advantage has kinda looked off since Pastrnak has returned. I think it'll take a few more games and some more reps before they cash in again (would love to be wrong).

- David Pastrnak potted his first 2 goals of the season tonight. Huge goal in the 2nd to get them back into it. You can tell he's still getting used to the game flow but my god was it good to scream Pasta La Vista again.

- Charlie McAvoy was outstanding tonight. Extended his point streak to 5 games with his assist on Pasta's goal. He's got a 1G and 7 assists over that span. Including his 100th career point. Bright Lights, baby. Only defenseman with over 20 minutes in TOI.

- Zdeno Chara opened the scoring and man did that hurt. Still not used to seeing Z on the other team. Seeing him kill penalties against us was touuuugh. But hey, the B's defense has been up to the task without him. Gotta give them credit.

- With Craig Smith on the 2nd line, Chris Wagner slid up to the 3rd line and reunited with his old South Shore King pal Charlie Coyle. Coyle was a little banged up after Saturday's night game but was a go tonight, just 1 SOG in 15:55 of ice time. He looked a little more hurt than I'd liked to see him. Hopefully it's nothing lingering and he'll be back on track Wednesday in Philly.

- Trent. Frederic. Fight. Club. What a tilt holding his own against Tom Wilson. B's down a goal, 11:11 on the clock? Freddy added some much needed juice in the 3rd. We may need to print the shirts.

- Brandon Carlo with the game winner. Man, what a cannon. He's already got 2 goals this year and it'll be huge if he can continue to chip in offensively. McAvoy gets the shine but Carlo is right there with him.

- Jaro Halak probably would've loved to have some of those goals back, but in the end the B's got the job done. 2 points in dramatic fashion. Halak finished the night with 23 of 26 saves.

B's move on and head to Philly to play the Flyers on Wednesday Night.