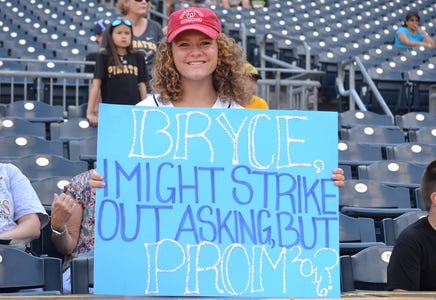 Cut4 - It’s a question that we’re sure Bryce has been asked before, but instead of ignoring it or turning the young lady away with a terse response, the 22-year-old politely declined via a note on a baseball. And this — this small act of goodness made the 17-year-old just a tad bit happy. Here’s a photo rundown of her reaction below: 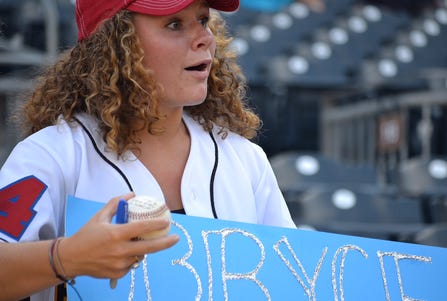 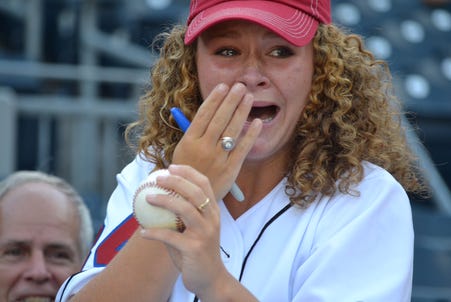 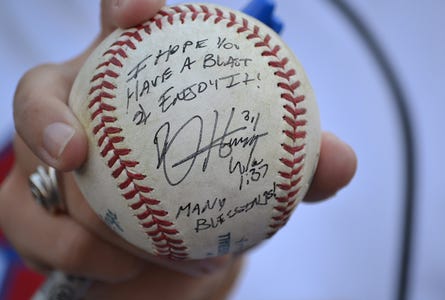 What an asshole! What a douche! Can’t believe he went out of his way to make yet another fan of his happy. What a jerk! What a dick who plays the game hard, puts up absurd numbers, doesn’t break the law, loves the fans, loves America, isn’t a dick to the media, hustles on every play, and is an absolute dreamboat. So hatable. “But his hair!” – some loser who doesn’t understand great hair is 50% of the game.

For those who play DFS, he’s been in a mini-slump since I last blogged about him on the 15th. Well you’re welcome. I’ve now reversed that. All in on Bryce tonight. Pray for the fucking moon.

PS: What’s up with asking a guy to prom in July? Is that a weird Pittsburgh thing? Is she just trying to get a jump on prom season? And are Mormons even allowed to dance? Either way, much #r3spec4 to Bryce for this classy as fuck move. 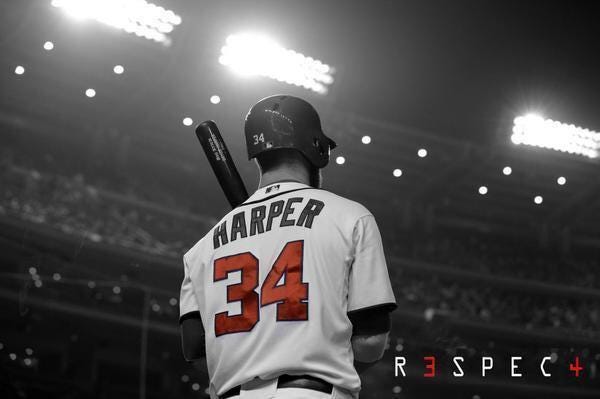