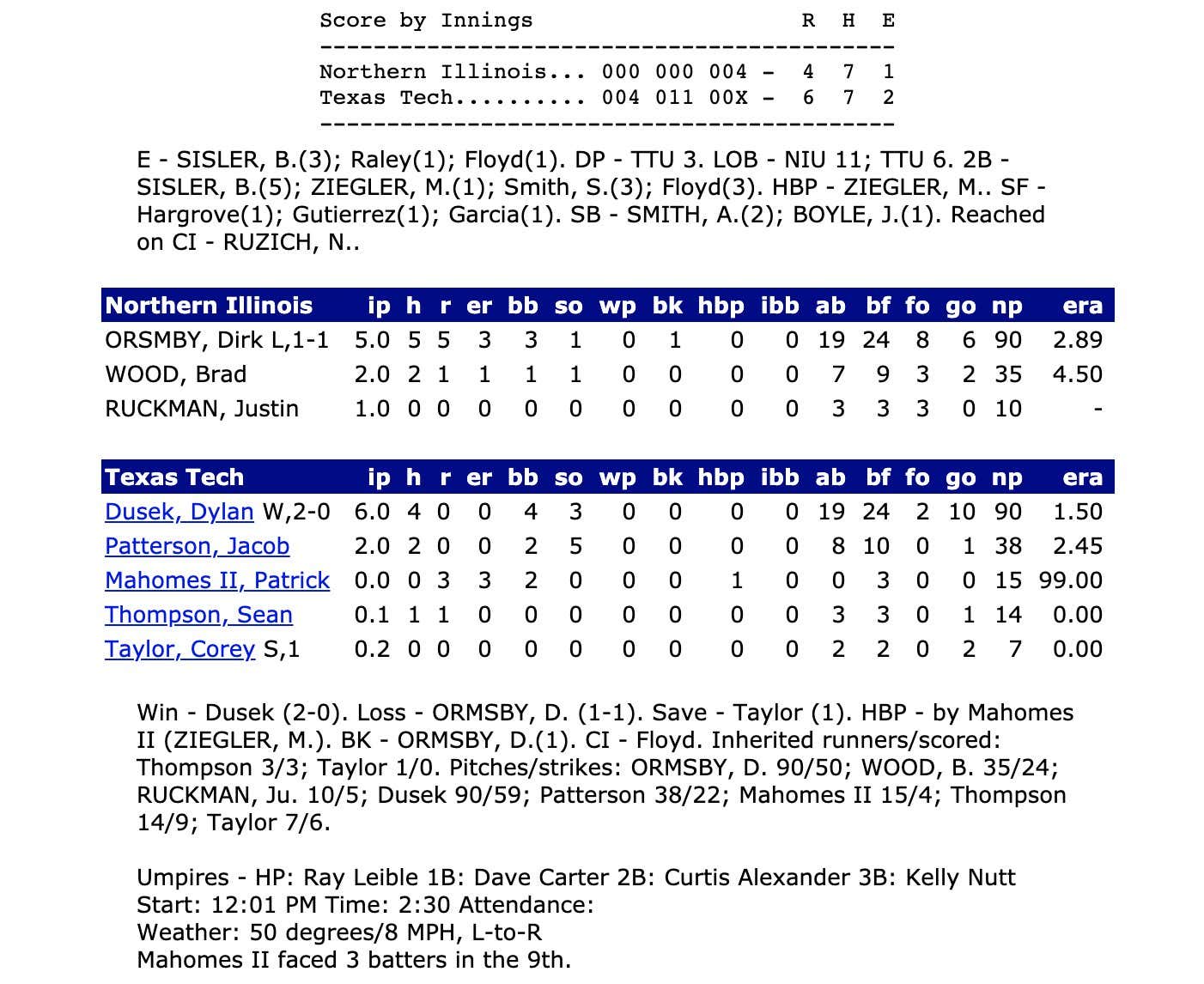 Well folks, we finally found something on a field that Patrick Mahomes is actually bad at. It took precisely one appearance on the mound at Texas Tech for Pat to decide that he was going to stick to football rather than pursue his dad's career as a pitcher.

In what officially went down as 0.0 IP, Mahomes faced three batters. Two reached base via walks while the third was hit by a pitch and all three came around to score. The Texas Tech stat sheet apparently can't handle an ERA above 99.00, but Mahomes actually finished his collegiate baseball career with an infinite earned run average.

And to make matters worse, that ninth inning was the only frame in the four-game series in which Northern Illinois managed to score — only three of the four runs were charged to Mahomes, although all four scored after he came in. They played baseball four days in a row and it took Mahomes getting on the mound and flinging the ball all over the place for the Huskies to finally be able to scratch a run across.

It must be nice to walk back into the dugout and know you never have to do that again, though. Some college pitchers do that and then have to think about how much they suck until they go back out there and hopefully get somebody out. This guy just packed up his bags and said, "You know, I think I'll just stick to the sport that's going to make me a billionaire, instead."

Throwing a baseball is now confirmed more difficult than throwing a football.