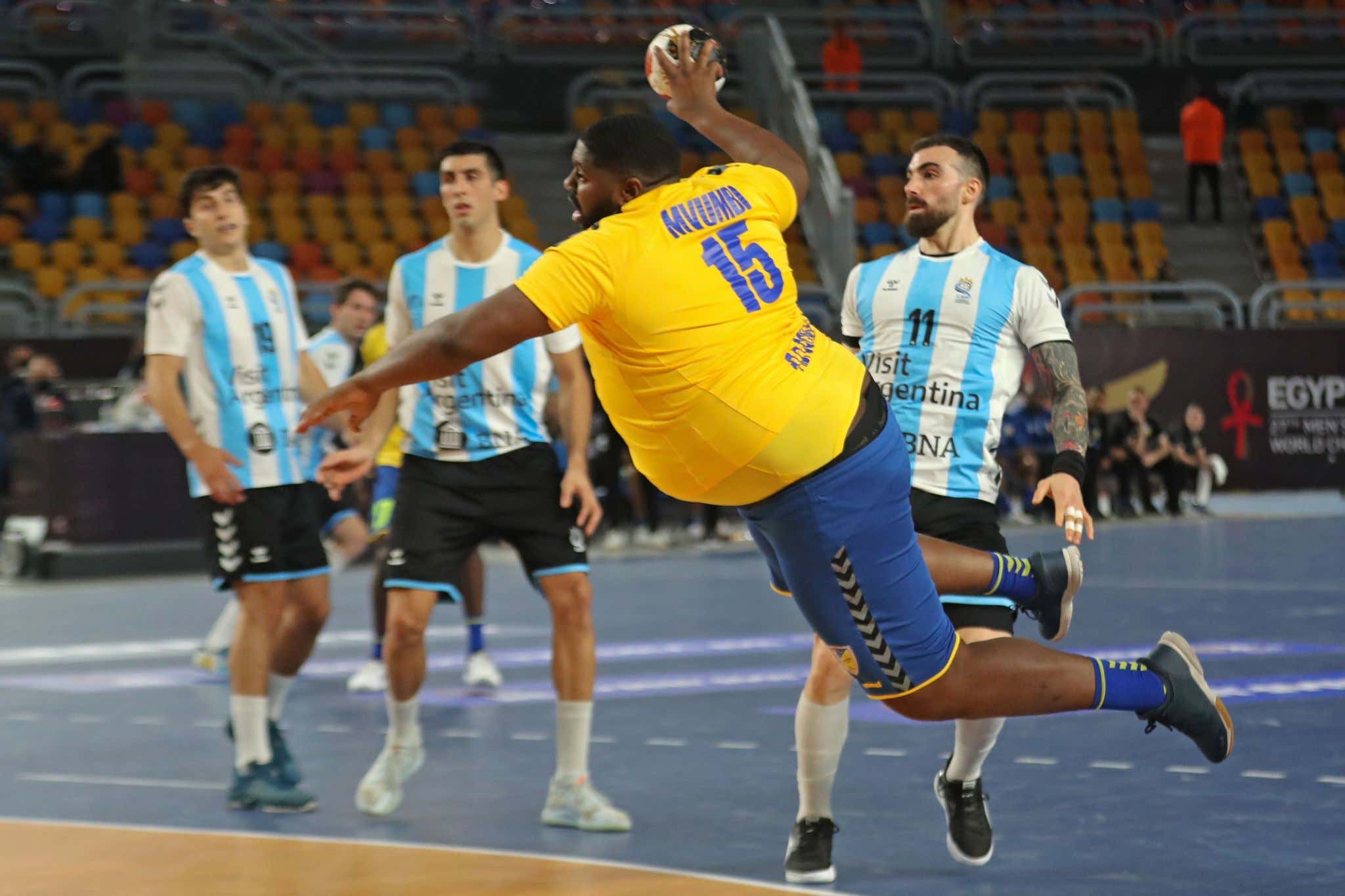 The 2021 Handball World Championships just wrapped up last night. As you're all well aware of, it was a Border Wars between Denmark and Sweden. The Danes pulled off the win and are now back-to-back champs. And I shouldn't have to tell you guys that going back-to-back at the Worlds is no joke. France has done it twice, Romania has done it twice, Sweden did it once, and now Denmark has done it once. But that's it. And there's never been a 3peat in the history of the tournament. So obviously we'll all be glued to our TVs for next year's tournament in Poland and Sweden to see if the Danes can pull off the impossible.

But back to the matter at hand here (Get it? Because we're talking about HAND ball). We were introduced to quite possibly the most elite athlete of our generation during Egypt 2021. And that legend was none other than Congo's Gauthier Mvumbi. Your favorite unit's favorite unit. Lord Thiccness himself.

And not only did this big boy just play on the world's biggest stage, but he was a fucking beast out there.

I don't think Congo is much of a handball nation. This was their first appearance at the world's and they finished in 28th place. But Gauthier Mvumbi? That man is a star. That man is destined for glory, gravy, and greatness. Now that the tournament is over, however, I'm worried that this will be the last that we see of this legend. Especially if the Olympics are cancelled again this year and we don't get more handball this summer.

So what we need is to bring GOAThier Mvumbi over to North America and we gotta see what other sports this beast can dominate in. This can't be the last we've seen from him. I'd say that box lacrosse and basketball are probably the two most similar sports to handball. Let's see what he's got going on there. Or if you've seen the beauty and the power this man runs the ball with, there's gotta be an NFL team out there looking for a running back. He's like a skinnier version of Eddie Lacy. It would just be a crime against humanity if he was out of our lives as quickly as he came into them.

But yeah. Congrats to Denmark. They won a bridge.