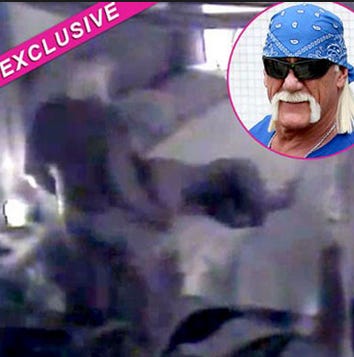 That’s it, I’m looking for volunteers to make a sex tape with me (preferably a female but beggars can’t be choosers). It’s time for me to break through the blogger ceiling and became a zillionaire. Because no matter who you are, sex tapes are gold mines. Kim Kardashian was some underage chubby daughter of a lawyer, she let some rapper ravage her ass for a few minutes, and now look at her. Hulk Hogan fucked his best friend’s smoking hot wife, Gawker put it up on their site, and now he’s suing them for every penny they’re worth. Before the Hulkster’s sex tape, he was just dwindling away. Then BOOM! sextapemania, he’s back in WWE, cracking beers with Stone Cold. It’s incredible. So sorry to break it to you, but the Barstool Nate sextape has to happen. Think Deadspin would be able to resist posting it? They’re genetically programmed to. They won’t be able to help themselves. Next thing you know I’m starring in the new season of Little People, Big World and hanging out with Jenna Marbles (walking her dogs).

Now of course the flip side of this is the second you say a few things racist, your career is done. Hogan is now scrubbed clean from the WWE. Gone. Not a trace. There’s two rules now when you sign a WWE contract. Only two. 1) You don’t murder your entire family. And 2) You don’t drop racial slurs on tape. The second you do either of those, you’re cooked. But sex tapes, sign me up.