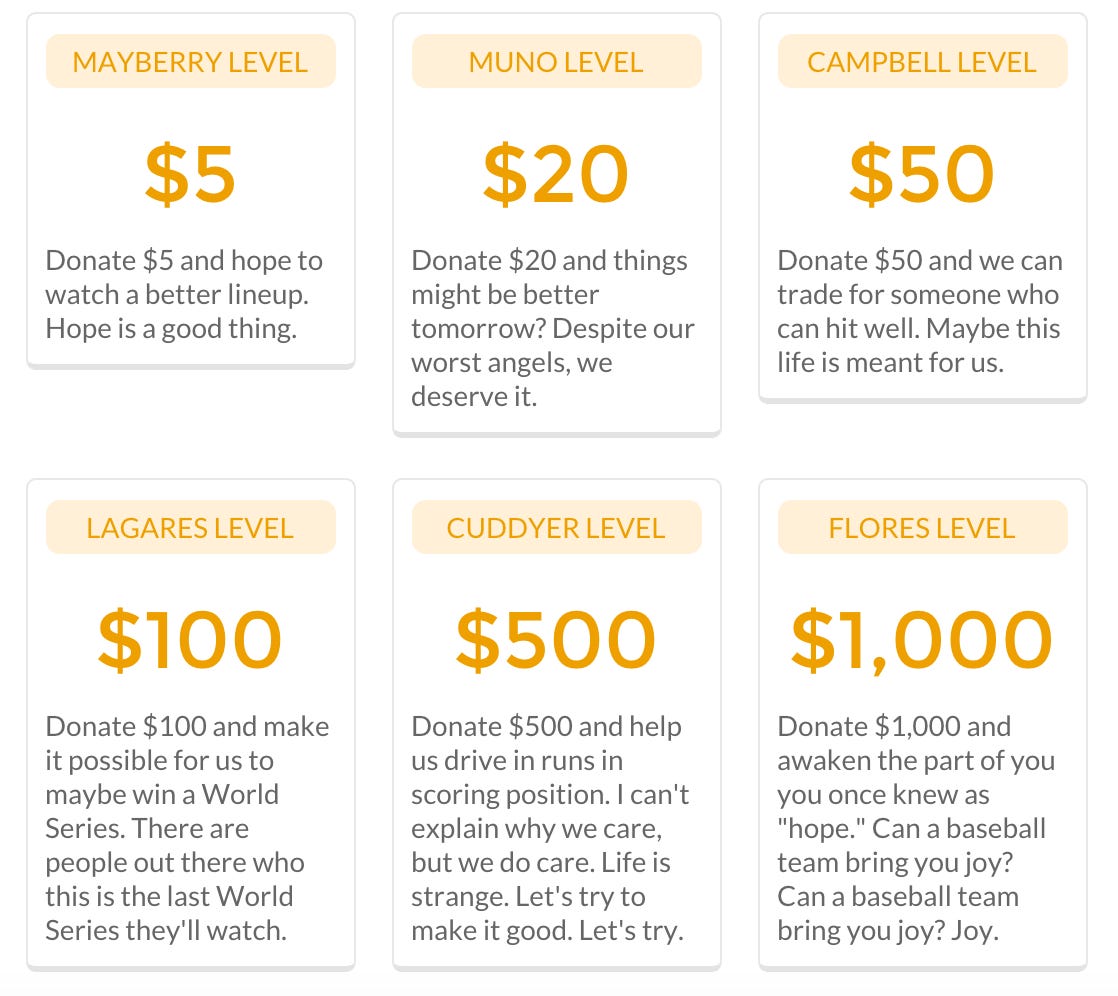 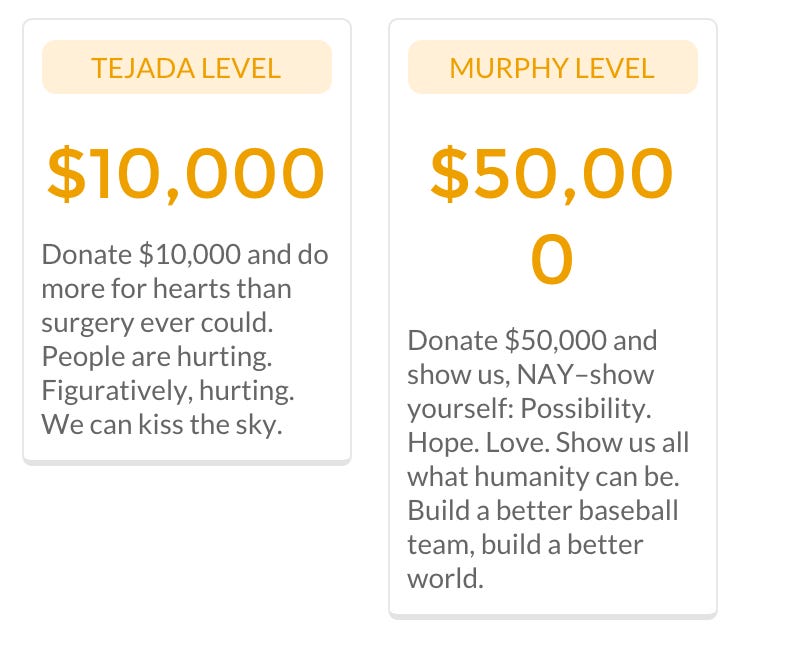 Go Fund Me – My name is Etan. I love the Mets. And I hate that I have to make this video.  But the Mets need a hitter. And their owners lost all their money in a ponzi scheme and reports now say the Mets won’t pay 2 to 3 million dollars to acquire a hitter before the trade deadline. So here’s what we need: 3 million dollars to give to the New York Mets so they can get what they need most: a guy who can hit in the middle of the order.  So donate what you can afford. Let’s! Go! Fund. The Mets.

I know I’m a broken record. I know that there really isnt much left to say here about the Mets and their situation with absolutely stellar starting pitching, a great back end of the bullpen, and HISTORICALLY bad offense. We all know nothing is going to be done, nothing is going to change. I’m sure non-Mets fans are sick of this. But I’m sorry. Just like this Jewish fella Etan, I love the Mets. And like a battered wife I still come back to these assholes and accept them into my home.

This is obviously pathetic. On an outrageous number of levels. First of all, obviously the Mets are a billion dollar franchise, with the third largest regional TV deal in all of MLB, listed as the 6th most valuable franchise in baseball, and they have come out and said they are not comfortable paying the $2-$3 million it would cost for Ben Zobrist. Thats BANANAS. Not like I’m cumming in my pants for Ben Zobrist but if you saw yesterdays lineup there were FOUR guys batting under .179. And it was like a normal lineup. Not the second of a double header or something. So Zobrist aint exactly Roy Hobbs but he’d be a huge help. Like I said, pathetic. Whats also pathetic is this video teetering on being a joke. If we’re being perfectly honest I cant really tell myself. I feel like some people are actually taking this seriously like they took the “Ya Gotta Sell” billboards. Thirdly, this is pathetic and hilarious: 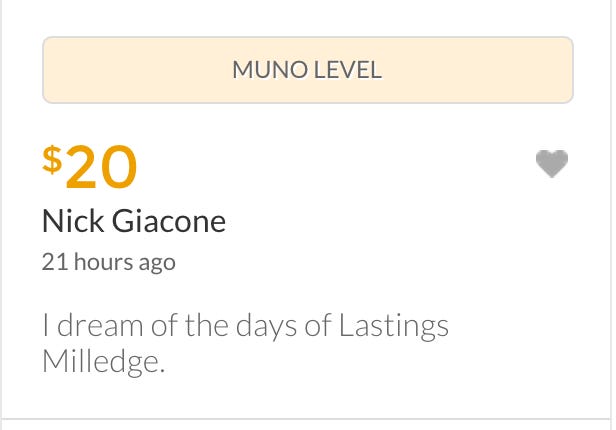 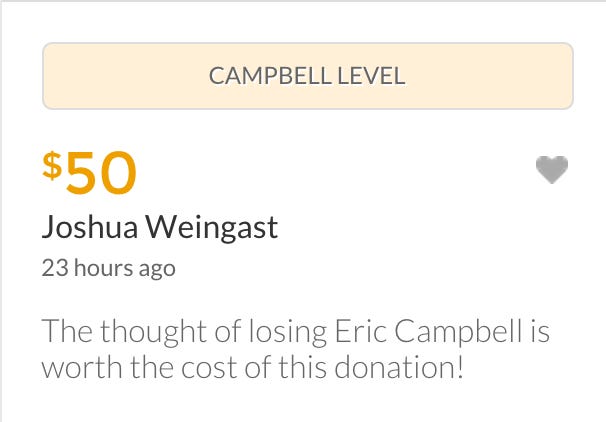 Longing for Lastings Milledge is so sad but so true. Remember when there was rumors and talks of Lastings Milledge for MANNY RAMIREZ? Then Lastings high fived the fans, his career ended and I think hes face down dead in a Japanese gutter somewhere.

I know when you have an offense thats actually one of the worst in modern baseball history: 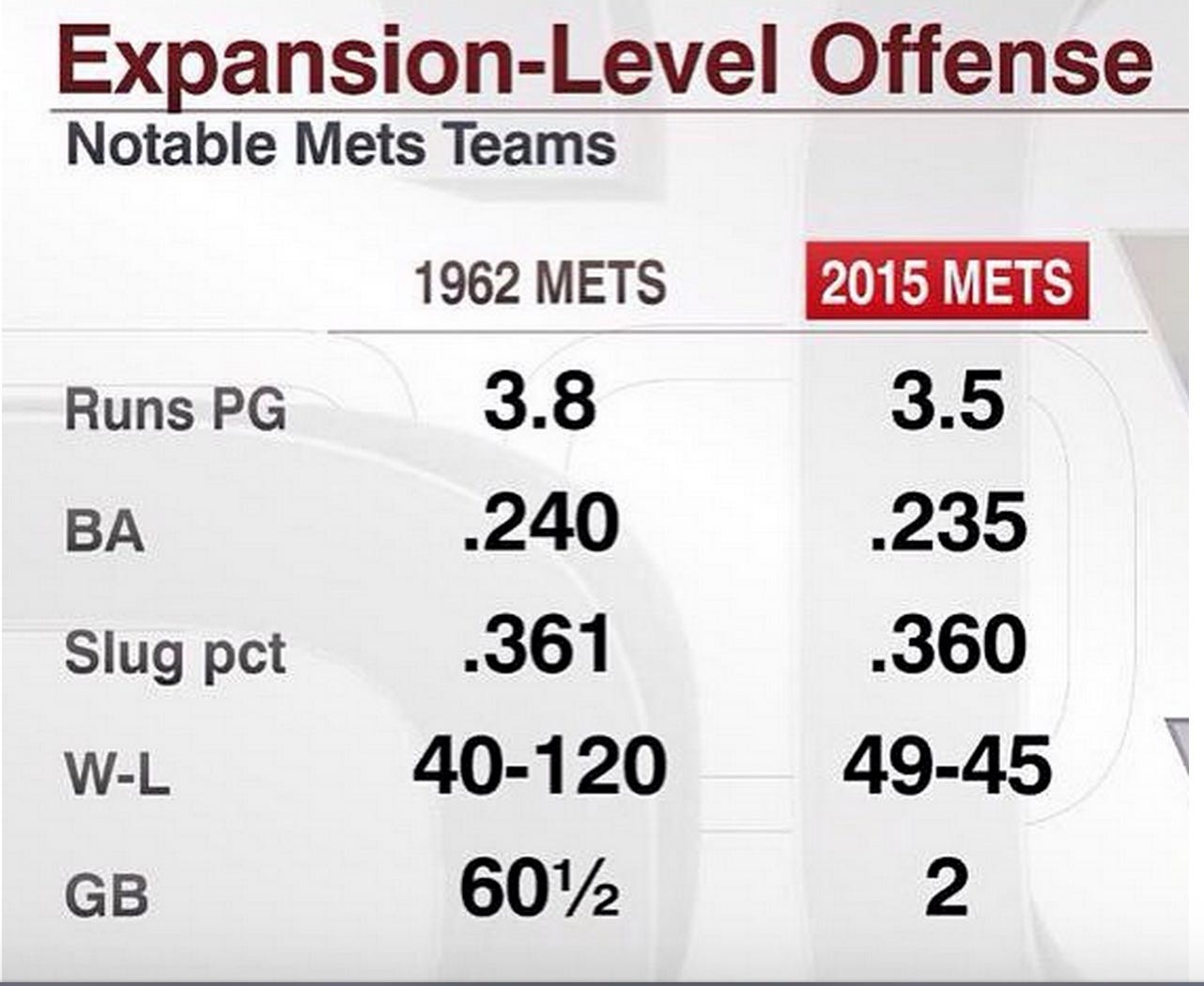 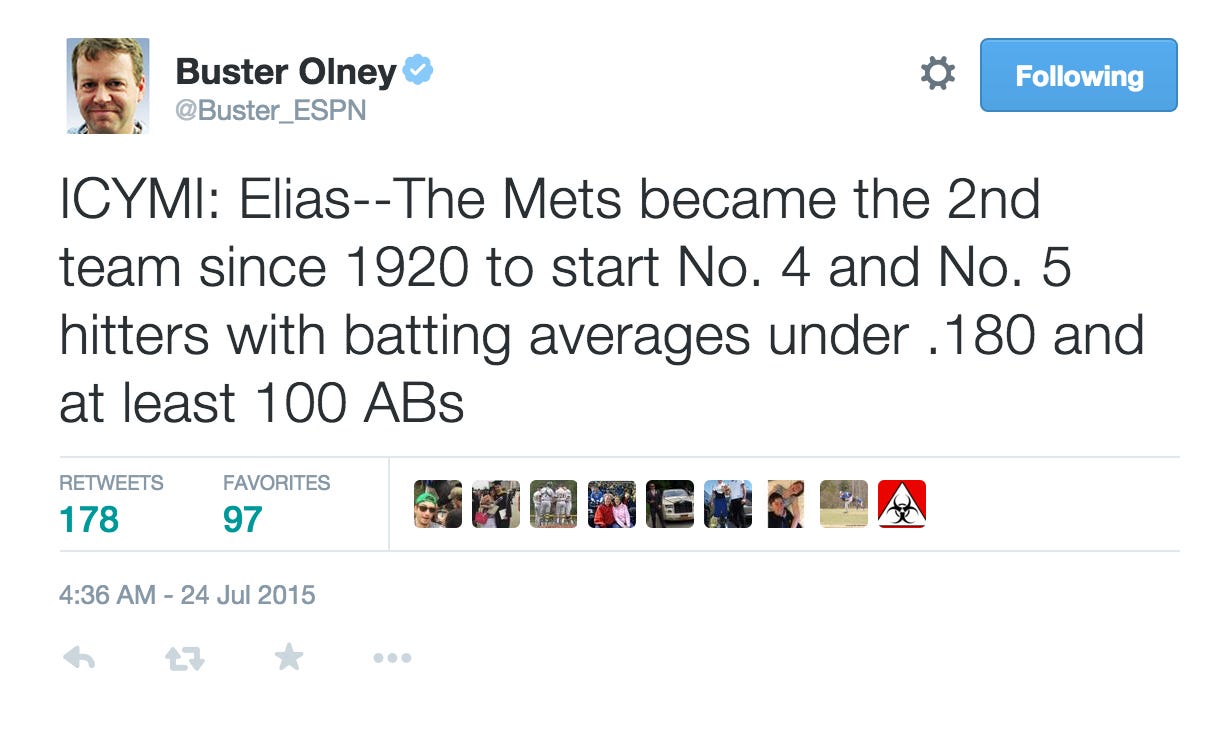 You need more than one bad. In a perfect world I move one of Syndergaard or Matz (if he’s even considered trade bait anymore.) for Tulo. I’m not debating this anymore. I will not sit here and let the IDIOTS of the world say we should keep all the pitching and not make a move for any offense. You have officially been proven WRONG. 5 studs and the WORST OFFENSE EVER is not better than 4 studs and some bats. I call up Conforto and hope he pans out. Which I think will happen. Will he light the world on fire immediately? Probably not. Kid started this year in Single A. But I do think he’s the real deal. And sign J Up in free agency next year. Are all those moves perfect? No. Tulo has injuries, Conforto is a question mark, Upton has been ICE for like two months now, but beggars cant be choosers and thats three moves for bats that should only cost you one of your top pitching prospects along with a couple other low levels.

But none of that will happen. Because this is a dream come true for the Wilpons. They can throw their hands up and say “What! We’re in contention for the division in late July! If we were healthy we would win the NL East! One more year where everyone’s healthy and we win!” and sit back and sell enough tickets and make enough money on TV and laugh while they stuff Jew gold up their big noses. FUCK THEM.

But since I’m so sick and demented, that stat of like 34-5 when they score 4 runs still creeps in the back of my head, I actually think 1 bat might help. Not the answer but if you got a real bat at the deadline that helped this team inch closer to 4 runs a game that would actually make a difference. Not a win-the-division type of difference but the pitching is so good 1 bat actually would help.